The 34th edition of the Mercat de Música Viva de Vic is already underway, which was also opened by Núria Graham, also from Viga, presenting her next album, Cyclamen . 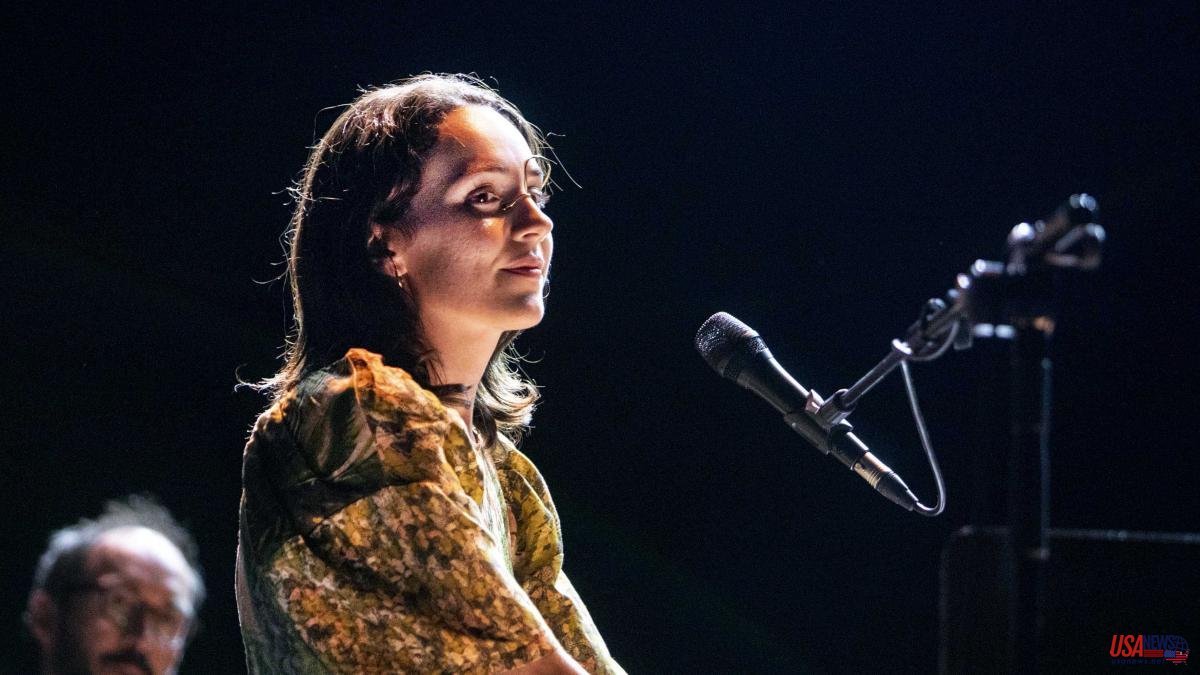 The 34th edition of the Mercat de Música Viva de Vic is already underway, which was also opened by Núria Graham, also from Viga, presenting her next album, Cyclamen . It is the third work that she shows in this cycle after her appearances in 2015 and 2017, although for the first time she has starred in the inaugural concert. Preceded, as usual, by two welcome speeches by the mayor, Anna Erra, the Minister of Culture, Natàlia Garriga, and the much-loved artistic director of the Mercat, Marc Lloret.

Although the album that Graham previewed this Wednesday will not be published until January, a preview of it had been released the day before, the song Yes it's me, the goldfish! . The first dose of a work in which she has embarked on new directions, and which the singer-songwriter (voice, piano, guitar, drums) defended surrounded by a splendid band made up of five other musicians.

Beyond Yes it's me, the goldfish! , the public yesterday was able to discover the entire future album, through pieces such as, among many, Poisonous sunflower, Disaster in Napoli or Dust bowl dreamin'. Almost nothing was stopped in his previous songbook, although Marianne or Hazel were not lacking.

There will be time to appraise with due calm the break that Núria Graham has wanted to give to her career, although the initial impression could not be more satisfactory. Let's record the captivating aura of mystery that surrounds this songbook, which runs with a calm pulse, and is reinforced with an exquisite instrumental palette, where the wall piano dialogues with the harp, the cello, the subtle winds and other atmospheres. Elegant elaboration at the service of a superior inspired agenda.

Being the most outstanding of the opening day, Graham's was not the only interesting performance of yesterday's day, which after his concert had scheduled performances by B1NO and Delight, among others. Previously, singer Pere Martínez had scored very high presenting Records, his first solo project, in which he draws bridges between flamenco and Catalan cançó. Experiment passed with flying colours, thanks to little things like his reading of Pare de Serrat, the great capacity for transmission in Què volen aquesta gent (Maria del Mar Bonet), or the development through bulerías that marked his vision of Lluís Llach Vida's theme.