"Qui dia passa any empeny", goes a Catalan proverb, but in the case of the Parliament the passage of time does not seem to solve things by itself and the folders of tricky issues are piling up on the table. 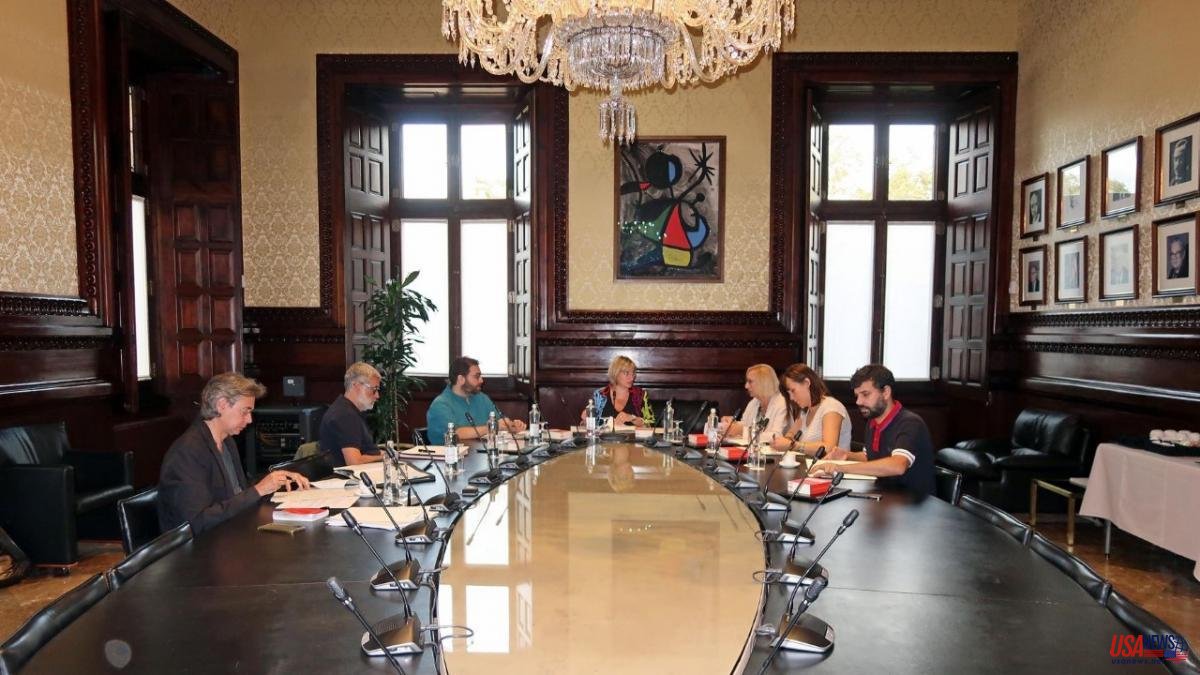 "Qui dia passa any empeny", goes a Catalan proverb, but in the case of the Parliament the passage of time does not seem to solve things by itself and the folders of tricky issues are piling up on the table. The hot potato of the situation of the advisers of Laura Borràs has once again received a kick forward this week from the person who has the task of managing it, the Republican Alba Vergés, who exercises the functions of president of the Chamber after the suspension as deputy of the leader of Junts. A new X file is added, therefore, to the onerous allowances of the deputies, the privileged licenses due to age of the civil servants or the delegated vote of Lluís Puig, the other unresolved cases of the current legislature.

The presidency of the Chamber has been vacant since July, when the Superior Court of Justice of Catalonia opened an oral trial against Borràs for a case of alleged corruption when he directed the Institució de les Lletres Catalanes, and the first vice president, Alba Vergés, of ERC, Since then, she has been in the position of having to decide, as acting president of Parliament, what to do with her predecessor's trusted staff: six advisers with payrolls ranging from 3,429 to 6,306 euros, the equivalent of 26,000 euros per month charged to the budget of the institution.

Until now, aware of the "political connotations" of his decision, Vergés has had the confidence of the other members of the Table to find a way out, but parliamentary sources already assured last week that the situation could not be prolonged any longer. “It would not stand it”, they anticipated, so the new extension that the Republican has granted herself to solve an issue that festers, among many others, relations with Junts may have ended the patience of the Socialists, who fixed on September 15 as the limit to have the interim resolved in Parliament. Five days have passed since the expiration date and the PSC is still waiting for a "political solution", that is, an agreement between ERC and Junts, which has not arrived. The socialist leader, Salvador Illa, sent a letter that same day to the other groups represented at the Table to propose the election of a new president of the Chamber "with full functions."

In any case, Borràs has been suspended, but his dismissal has not occurred, so the assistants he had assigned are in legal limbo. Faced with this anomaly, Ciudadanos presented a petition, which was rejected by the Board, for these advisers to be fired immediately, given that the president of Junts no longer acts as president of Parliament, but the Republican Vergés, before taking a determination, he wanted to talk to them personally and address their fate. It does not seem that these talks have borne any fruit and everything is still, today, stuck.

According to parliamentary sources, since these are very party profiles, ERC hoped that Junts would relocate Borràs's chief of staff and his deputy to one of the departments that manages him, while with other more technical professionals "it could be done more and less” and assign them new functions in the Catalan Chamber so that they could continue to work as temporary staff. After the refusal of the postconvergents to facilitate a solution to a problem that they consider that ERC has contributed to creating, Vergés is negotiating that the six advisers of Borràs become part of the services of the Table. But that compromise solution would have a complicated explanation before public opinion.

After the meetings of the Table and the meeting of spokespersons this morning, parliamentary sources have insisted that a proposal is being worked on and have lamented the leaks in the absence of Vergés's talks with the interested parties bearing fruit in an agreement, moment in which the content of the agreed decision will be explained and shared in the Table. That will happen "very soon", these sources have stressed, reiterating that it is a "very delicate" matter, as it affects the personal, labor and political spheres of the workers. "It is not easy to square it, but everyone has the will to find a solution," they have argued.

These same sources affirm that Vergés has assumed "this situation that no one wanted" with the aim of resolving it as soon as possible and "doing it well". But without the political agreement of Junts, it is very difficult for this matter, which "deserves careful treatment and has to be approached calmly", to be unstuck without causing a new political storm among the partners of the Government, who maintain some relations already very tense.