US misses hundreds of rescue groups in Afghanistan

Veteran-led rescue organizations claim that the Biden administration's estimate of no more than 200 U.S. citizens left behind in Afghanistan is low. It also ignores hundreds of people they consider equally American, permanent legal residents with green card. 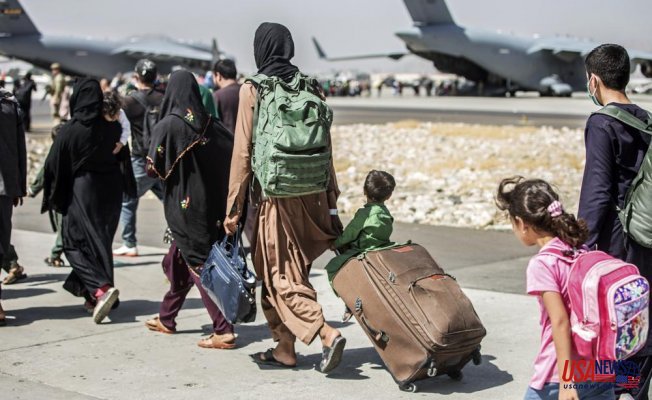 Some groups claim they are still being contacted by American citizens living in Afghanistan, who didn't register with the U.S Embassy before it closed, and others not included in previous counts due to concerns about leaving their loved ones behind.

Green card holders have been in the U.S. since they were young, have paid taxes, and have often had children who are U.S. citizens. However, the administration denies that it has any estimate of the number of permanent residents in Afghanistan who are trying to flee Taliban rule.

Howard Shen, spokesperson for Cajon Valley Union Schools District in San Diego said that "the fear is that nobody's looking for them" and that he has spoken with one family that claims they can't get out.

He said, "They are thousands miles away from us under an oppressive regime. We're leaving them behind." "That's wrong."

The U.S. military's chaotic retreat and death has caused President Biden to promise that the evacuation efforts for the 100-200 American citizens who wish to leave will be continued. Most of them are dual citizens. Antony Blinken, Secretary of State, stated that this extends to green card holders as well as Afghans who supported U.S. governments during the 20-year conflict.

It is unclear how this will be done without an active U.S. military presence and the Taliban-controlled Kabul Airport, which was a major route out of the country. An undersecretary of State said that Americans and permanent residents were contacted by the government and informed to expect more information about evacuation routes once they have been arranged.

Three California school districts claim to know of over 30 students who are not able return to school. One family has been living in Sacramento for many years and has been texting their elementary school principal daily, trying to escape.

After being unable for several months to care for their grandmother, the parents and three children, all legal U.S. citizens, went to Afghanistan in April. The Taliban's quick takeover caught the family by surprise and they were unable to make it through the crowd of thousands at Kabul's airport before the last U.S. aircraft left August 31.

They are now afraid that they will be forgotten, particularly since they do not belong to the United States.

"I'm losing the hope," said the mother, who is not being identified for her safety. She texted in broken English to Principal Nate McGill and urged her not to give up.

McGill stated that Doris Matsui (California Democratic Representative), tried to help the family board a flight to Afghanistan. They were refused. The three-generation family with their children in the first, third, and fourth grades fled amid tear gas, gunfire, and a fight for control as U.S. forces tried to subdue the crowd.

"We ran away from the gate. The situation is extremely scary. Children are crying from these firings," the mother texted. Later, she added: "I completely lost my mind sir... today I saw to my death."

Mohammad Faizi (a green card holder) from El Cajon in San Diego said that he was stopped by the Taliban while on his way to the airport with his wife and five children. His wife is an American citizen.

Faizi's family escaped just before the last U.S. plane left. He said that he was being asked by the security guard why he wanted to leave Afghanistan. I told him that it was our country. That's my country. There are people living there. We have to leave .'''.