Univers's summer choral book arrives, this year dedicated to stories with a hotel 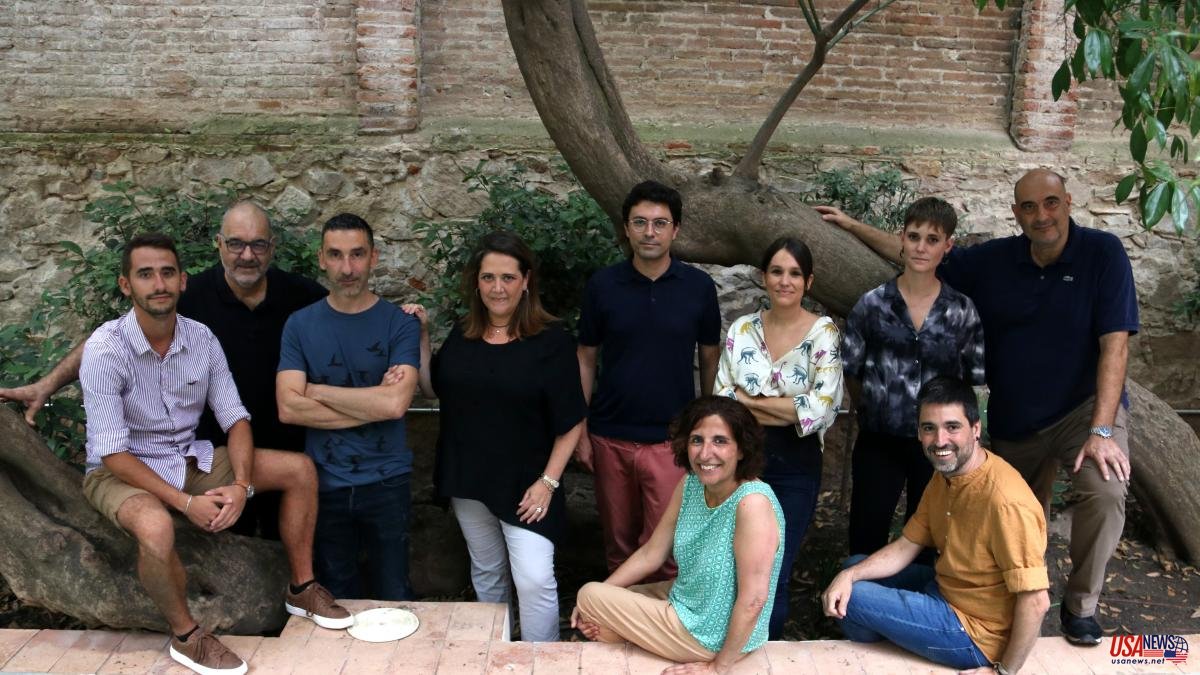 Summer is here. There are people on vacation, others to whom they will already arrive. Will they go to a hotel? Today Grand Hotel arrives at bookstores, the choral book that every summer the Univers publishing house – and there are now four – publishes with a unitary element: this year, hotels and derivatives. In other words, if they plan to stay in one, they can read it to imagine what they will find, and if they don't have it planned, they can find everything they have saved, for better or for worse. Well, above all you will find literature, of course, which is useful for everything and for nothing.

The volume was presented to the press yesterday, as it could not be otherwise, in a hotel establishment, in this case the H10 Casa Mimosa in Barcelona, ​​with ten of the twelve authors relaxed, perhaps thinking whether to dive into the pool or take out the umbrella. Thus, Xavier Bosch, Magí Camps, Maria Canelles, Roc Casagran, Alba Dalmau, Gerard Guix, Xavier Mas Craviotto, Jordi Nopca, Berta Noy and Sílvia Soler –Natàlia Romaní and Llucia Ramis could not be present– presented their stories, introduced by the editor, Ester Pujol.

For Pujol, “each story condenses the world of each author”, and at the same time “they are part of a puzzle that gives an image of Catalan literature”. The editor also explained that the indications to the writers were that they go out to a hotel and that they have a certain “luminous tone” and “a playful and cheerful air”, in part to escape the tone of the last summers of pandemics and confinements. But of course, "the publisher proposes and they dispose", so the group also gains heterogeneity when dealing with this "literary matter of the first order".

In fact, the authors are already varied by age, origin and style: born between 1961 and 1996, there are journalists, professors, cultural managers, and two members of the Institut d' Estudis Catalans –Bosch y Camps–, poets and playwrights, veterans and novices, and without having looked for it, the list this time is joint. The locations chosen are diverse, ranging from Camps' Ripollès to Romaní's Tokyo passing through Bosch's Como (Italy) or Nopca's Cluj-Napoca (Romania). And also the treatment they give to their stories, since if there is a game in some, others have wanted to contribute reflections on maturity or overcoming adversity, with tributes also to other authors.

The writers explained that for them the restriction of thinking about a hotel is already good for them, because as Bosch said (who defined hotels as "life parentheses"), "if it's not like that, you have all the issues in the world." However, some others, such as Mas Craviotto or Canelles, unequivocally assumed that they had gone a little out of the norm. But also, as Noy explained, the book itself is like a hotel, “and each story is a room”.