Ukraine defends its right to win

The myth of the Russian bear that, if seriously injured, would give even more terrible claws is breathed in some Western diplomatic initiatives to try to end the war in Ukraine, which resonate in the ears of the invaded country as a diffuse invitation to make concessions to Russia, when what the Ukrainians defend is their right to win. 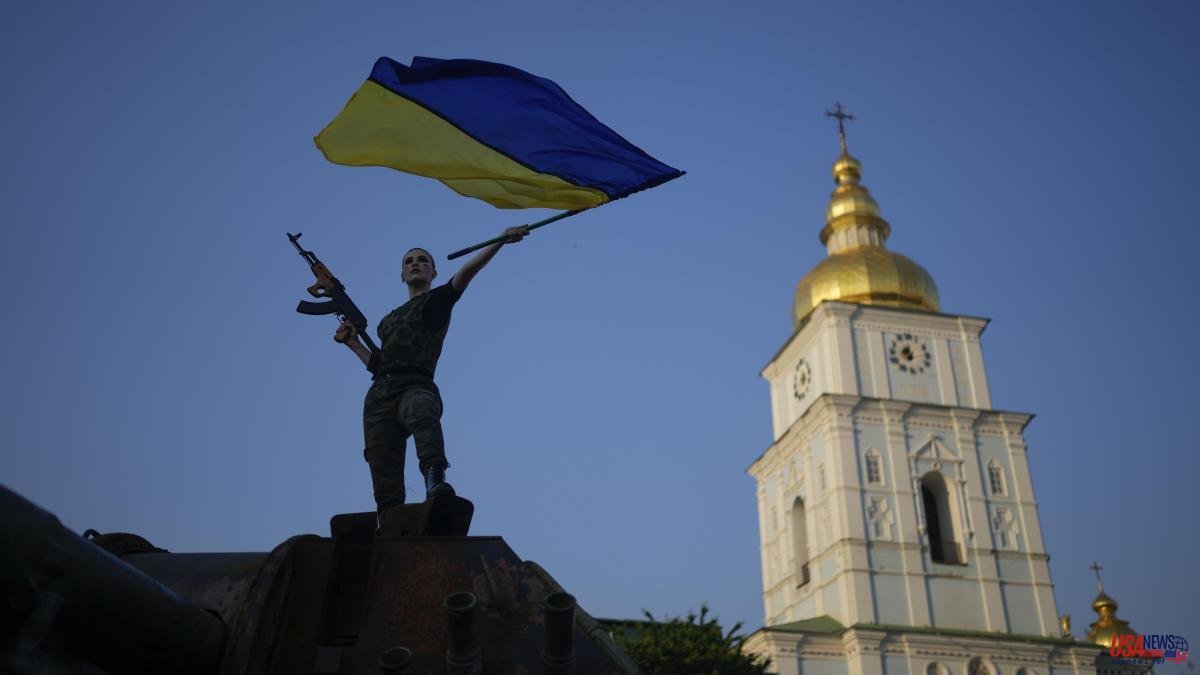 The myth of the Russian bear that, if seriously injured, would give even more terrible claws is breathed in some Western diplomatic initiatives to try to end the war in Ukraine, which resonate in the ears of the invaded country as a diffuse invitation to make concessions to Russia, when what the Ukrainians defend is their right to win.

The telephone calls of the French president, Emmanuel Macron, and the German chancellor, Olaf Scholz, to the Russian leader, Vladimir Putin, arouse misgivings in Kyiv, in the Baltic countries and in Eastern Europe, with the exceptions of Hungary and Bulgaria.

A recent phrase by Macron has caused particular outrage. “We must not humiliate Russia, so that on the day the fighting ends we can build a way out through diplomatic channels,” Macron declared on June 3 in an interview with the French regional press. The president had said something similar on May 9 to journalists in Strasbourg.

The reply from the Ukrainian government has been blunt. “Calls to avoid the humiliation of Russia can only humiliate France and any other country that makes them. Because it is Russia that is humiliating itself. Better that we all concentrate on how to put Russia in its place. This will bring peace and save lives," Foreign Minister Dmytro Kuleba tweeted. Also the Polish president, Andrzej Duda, expressed himself forcefully in an interview this week in the German newspaper Bild. “I am amazed at all the talks that are taking place with Putin right now. By Chancellor Scholz, by President Macron… –said Duda–. Did anyone talk to Adolf Hitler like this during World War II? Did someone say that Adolf Hitler had to save face?

Germany's delay in delivering promised heavy weapons contributes to this growing unrest, just as fierce fighting is taking place in the Donbass region, with Russian artillery shelling Ukrainian defenders relentlessly and the prompt arrival of weapons and ammunition is becoming more and more crucial.

“As a Ukrainian, I am very disappointed to see that the debate revolves around how to offer an exit strategy to Putin, how not to humiliate Putin,” says Olena Halushka, a member of the board of directors of the Ukrainian anti-corruption organization Antac, in conversation from Warsaw, where he lives now. “Actually, precisely because Putin was not humiliated in 2008 when he invaded Georgia, nor in 2014 when he occupied Crimea and launched the war in Donbass, nor for the war crimes he committed in Syria, he felt unpunished for unleashing this attack. to Ukraine, convinced that he would not be punished again,” says Halushka. According to this Lviv-born economist, "the only thing Western democratic leaders should think about is how to help Ukraine win this war faster."

Currently, Russia occupies 20% of the Ukrainian territory, as President Volodymyr Zelensky admitted by videoconference before the Luxembourg Parliament on June 1. Yesterday, the Russian occupiers of cities in southern Ukraine began issuing Russian passports to residents of Kherson and Melitopol, according to the Russian state agency TASS.

Ukrainian Defense Minister Oleksiy Reznikov said that every day at the front, a hundred soldiers are killed and up to 500 are wounded. The front line is a thousand kilometers. Russia controls most of the ports of the attacked country, and blocks those that are not in its hands, thus preventing the export of Ukrainian grain.

Ukraine is being economically strangled: refugees abroad and internally displaced persons number 14 million people; nearly 5 million jobs have been lost; and much infrastructure is damaged or has been destroyed. As of June 7, the UN had recorded 4,266 civilian deaths and 5,178 wounded, although it estimates that the real figures are higher.

In this context, the phone calls from the Franco-German axis to Putin arouse deep mistrust in Ukraine and in the countries of the region. “I am afraid that the way Putin reads these frequent calls is that Western European countries are looking for a quick ceasefire agreement, that they want to end the war, and that would mean that they are willing to make concessions to Russia,” he says. From Tallinn, political scientist Kristi Raik, director of Foreign Policy at the ICDS (International Center for Defense and Security) think tank.

"This may encourage Putin to continue pursuing his strategic goal of ending Ukraine's existence as a sovereign country," Raik continues. In France and Germany there is a desire to work for the end of the war which, in my opinion, would be premature. As long as the Ukrainians are willing to continue fighting, because for them this is an existential fight, we should do everything possible to support them.”

Following an editorial published in May in The New York Times, calling on Ukraine to make "territorial concessions", the Kyiv International Institute of Sociology (KIIS) conducted a telephone survey asking the Ukrainian population if they would agree to cede territory to put an early end to the war. 82% of respondents answered no.

Breaking down by area, including in the east, where heavy fighting is taking place, 68% rejected any territorial concession. The institute admits that, due to wartime conditions, the margin of error in the survey may be greater than normal, but argues that the results are highly significant.

Since the start of the Russian invasion on February 24, there have been several Western phone calls to Putin. The latest, carried out by Macron and Scholz on May 28 calling for the lifting of the blockade of the port of Odessa "to allow the export of Ukrainian cereals through the Black Sea and avoid a world food crisis" -according to the official French statement-, has been interpreted in Ukraine and Eastern Europe in a migratory key. This is, motivated by the fear that the famines caused in the world by the scarcity of grain will generate waves of migrants towards Europe.

"Sure, you have to maintain some kind of diplomatic channel with Russia, but not at such a high level," says Estonian political scientist Kristi Raik. Macron and Scholz's calls to Putin have raised suspicions that they may be trying to reach some kind of compromise with Russia, and this creates mistrust in Eastern European countries. We all want the war to end, but not prematurely, and not by way of Ukraine having to give up territory." The Ukrainians' idea of ​​victory is to return to the situation prior to February 24, to see later how to address the issue of Crimea and the areas of Donbass occupied since 2014.

"Saving Putin's face now would lead to a frozen conflict that would give him years of time to regroup resources, correct weaknesses and attack again on a larger scale," warns Ukrainian economist Olena Halushka. Among analysts, the impression is that Putin seeks to advance and consolidate territorial gains in the south and east of Ukraine while weakening it economically and demographically, waiting for Europe to tire of the costs of helping the Ukrainians in this war.