Donald Trump became enraged like a child and refused to leave the White House when, after the presidential elections of November 3, 2020, he rejected the results and baselessly denounced the alleged "fraud" that two months later he would use as a pretext to instigate an attempted coup by storming the Capitol.

Donald Trump became enraged like a child and refused to leave the White House when, after the presidential elections of November 3, 2020, he rejected the results and baselessly denounced the alleged "fraud" that two months later he would use as a pretext to instigate an attempted coup by storming the Capitol.

"I'm just not going to leave," the outgoing president told one of his advisers. “We are never going to leave,” he reiterated. And he argued: "How can you leave when you have won an election?"

This and many other scenes between the electoral defeat and the violent occupation of the seat of Congress by Trump supporters on January 6, 2021, are recounted by New York Times journalist Maggie Haberman in the book Confidence Man: The Making of Donald Trump and America's Breakup, which goes on sale October 4.

In the text, of which CNN published a preview yesterday, Haberman tells how immediately after the elections Trump seemed to recognize that he had lost to Joe Biden. And he even comforted a member of his team and told him that everyone had done what they could.

"I thought we had it," he also said, sadly. But suddenly, something happened that led him to vehemently proclaim a false victory; to sulk and announce to his own that he would not leave the White House so that Biden could occupy it at the end of January 21. "But they have stolen the election from me!", he would have said to the president of the Republican National Committee, Ronna McDaniel.

In the moments after the announcement of the results, the son-in-law and adviser to the defeated president, Jared Kushner, was reluctant to try to get his father-in-law to accept the facts. And he compared the situation in the White House to that of a deathbed. “The priest arrives later”, she would have said, according to the author. In the end, obviously, Trump had no choice but to vacate the presidential residence. Not without first taking hundreds of secret documents, as we now know.

Trump arrived in Washington on Sunday afternoon, unannounced, on a visit that was unknown if it was related to the investigation into the secret documents that he took from the White House and the FBI seized from his Florida residence on last August 8. From the outset, the Republican leader went to his golf club in the capital. 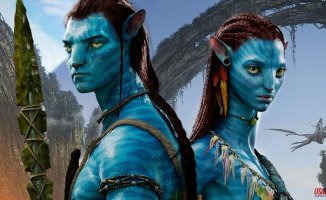 'Avatar' raises more than 30 million dollars with its revival 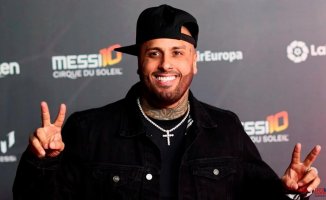 Nicky Jam lands in Hollywood to star in 'Regulators' 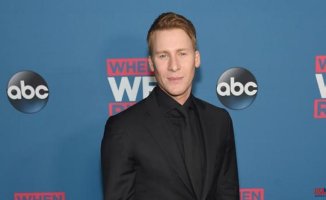