According to court records, three alleged members of "The Base," a white supremacist group, hoped that a Richmond gun rights rally would lead to civil war. 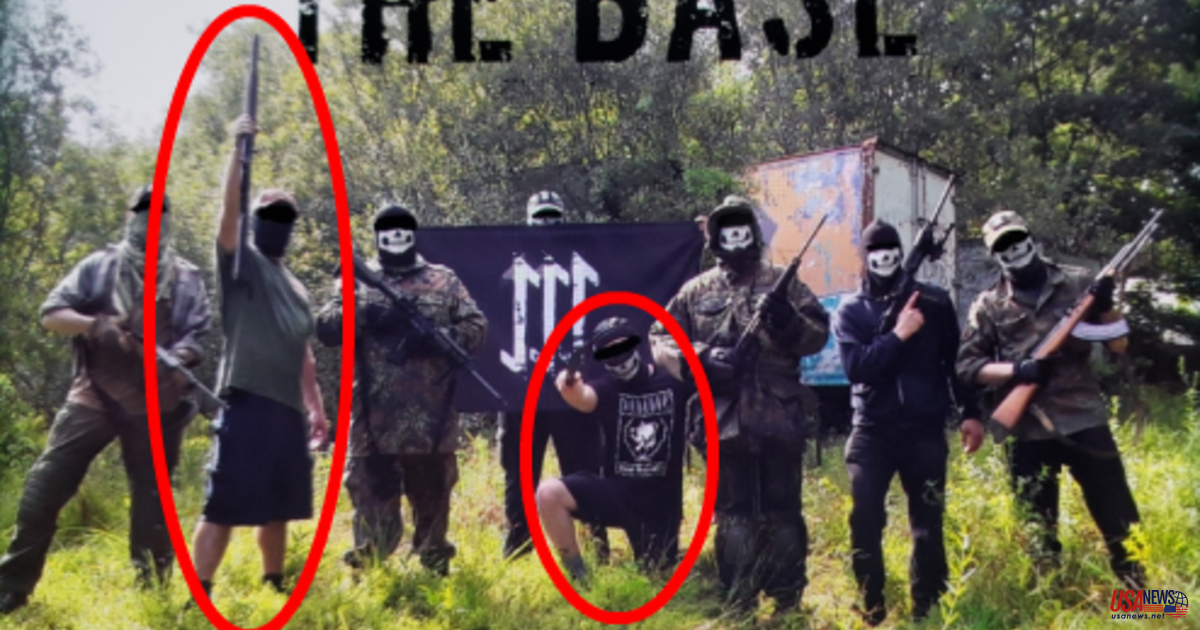 According to court records, three alleged members of "The Base," a white supremacist group, hoped that a Richmond gun rights rally would lead to civil war. Federal prosecutors suggested that the men who were detained last week should be held pending trial. This indicates that they are part of a "domestic terror investigation".

"Derail some f***ing railways, kill some people, and poison some water sources." Mathews said that he had to be "f***ing ready" to do these things according to a video he made on December 1. He is wearing a gas mask to hide his face and distort his voice. "If you want white people to survive, you have to do your part.

Investigators were able obtain this information partly through surveillance warrants under Title III. This allowed law enforcement to place a closed circuit camera and microphone at Lemley's Delaware home.

A "sneak and peek" warrant was also executed by authorities on the residence. This allows for entry without the knowledge or consent of the residents. Agents found propaganda flyers from Base, parts for an assault rifle and videos made by Mathews, which were located on Mathews' computer.

Mathews, Lemley and others were also captured on surveillance cameras discussing possible violence while they were traveling to Virginia.

Mathews told Lemley that he wanted to inflict some instability while Virginia is going on.

Mathews was allegedly informed by Lemley two days later that "I literally need, and I need to claim mine first victim," as they discussed targeted acts of violence in Virginia.

Mathews added that "You know, we have this situation in Virginia that this is going to happen, and that the opportunity is endless and that you've got tons and tons of guys that are just in principle should be radicalized enough that they know that you only need to start making things go wrong for Virginia to spiral out to full-blown civil war."

They also discussed the possibility of ambushing a policeman to get tactical gear. "If there is a PoPo Cruiser parked on the street, and he doesn’t have backup, I could execute him at my whim and take his stuff." Lemley stated that he has virtually no chance of being ganked.

CBS News reached out to Mathews and Lemley's attorneys for clarification.

Last week, Bilbrough, Mathews, and Lemley were not the only ones arrested. The Base was made up of seven members. According to court documents, it is a "white supremacist organisation" that discussed "creating an ethno-state, committing acts against minority communities (including African Americans and Jews-Americans),... and how to make improvised explosives."

William Bilbrough was the youngest defendant in this case. He allegedly made statements that "compared The Base favorably with al-Qaeda" and seemed to take pride in The Base being a terrorist organization. In reference to the Islamic State of Iraq or Syria, he allegedly also told Base members that "Isis does not compare to us".

Prosecutors say that Bilbrough started to distance himself from The Base late in 2019, in order to focus on his plans to fight alongside Ukrainian nationalists, and even try to convince others Base members to join him.

A court-appointed attorney stated that the college student is not a flight risk since he doesn't have a passport. CBS News was told by Bilbrough's lawyer that he would advocate for the release of the 19-year old after the initial appearance. However, he refused to comment on the motion.