“Because of my innocence, I do not want to separate myself from political life. 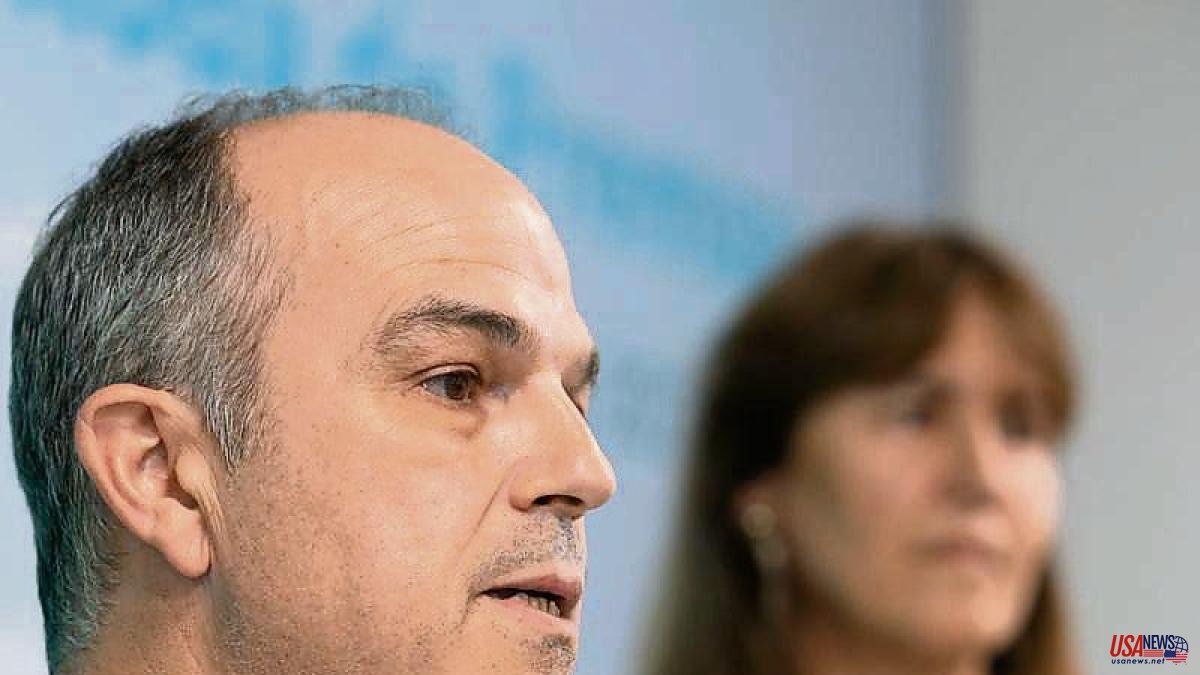 “Because of my innocence, I do not want to separate myself from political life. There are those who have not yet understood. I will not resign from my position as President of Parliament." In this way Laura Borràs came out yesterday after she transcended the indictment of the Prosecutor's Office in the case that investigates the alleged division of contracts to favor a friend when he directed the Institution of Catalan Letters (ILC).

A message addressed especially to Esquerra and the CUP, which in recent days have demanded that the also president of Junts withdraw from the presidency of the Chamber. For his part, the party's general secretary, Jordi Turull, insisted on asking for a "common front" from the rest of the pro-independence forces to preserve Catalonia's second authority.

While the leader of JxCat proclaims her innocence, the rest of the pro-independence forces speak of "malpractice" and with his decision not to resign, Borràs leads them to suspend it through the application of article 25.4 of the institution's regulations, regarding the causes of corruption. ERC believes that the fact that two crimes have fallen from the accusation, embezzlement and fraud, does not change the scenario. They maintain prevarication and documentary falsity.

The president of the Parliament reiterated yesterday that this article violates the presumption of innocence and that it does not have the support of the legal services of the Chamber, for which she stressed that suspending it is "a political decision that members must take into conscience." of the table.

In Junts there are those who admit that Borràs will be disqualified and believe that the Republicans, after his statements, are increasingly forced to take the step of suspending it, with the costs that this entails. If this situation occurs, there will be new dilemmas: Who replaces Borràs in the presidency of the Chamber? A profile proposed by her or another more institutional one that lowers the decibels in order to make the coalition work and advance the legislature? These are issues that are not yet on the table.

Be that as it may, Turull has elided any fissure in his agreement with Borràs and yesterday he closed ranks with the leader, to whom he expressed the "granite support" of the party's leadership, which in public has considered at all times that his is a lawfare case.

This is relevant because the Junts paper includes the possibility of being suspended from militancy and organic charges in the event that a trial is opened for corruption crimes, except in cases of lawfare. An exception that also applies to sanctions and expulsions if there is a final conviction for crimes of this nature. However, an amendment that asks to eliminate the assumption regarding this concept has yet to be voted on.

And although in JxCat they don't want to advance screens, a complex scenario opens up for them. The situation of Borràs, whatever Esquerra does, was not a reason to leave the Government. But in congress a proposal will be voted on that requires the bases to decide in 2022 on the continuity of Junts in the Executive, whatever the audit says about the pact with ERC. And others who ask to leave after the congress that will take place tomorrow and on Sunday at La Farga de l'Hospitalet de Llobregat.