At the beginning of the week, Rome woke up indignant after the appearance of a large graffiti on one of the exterior walls of the Pantheon, in which the phrase “Aliens exist” – in Spanish, “aliens exist” – was read. 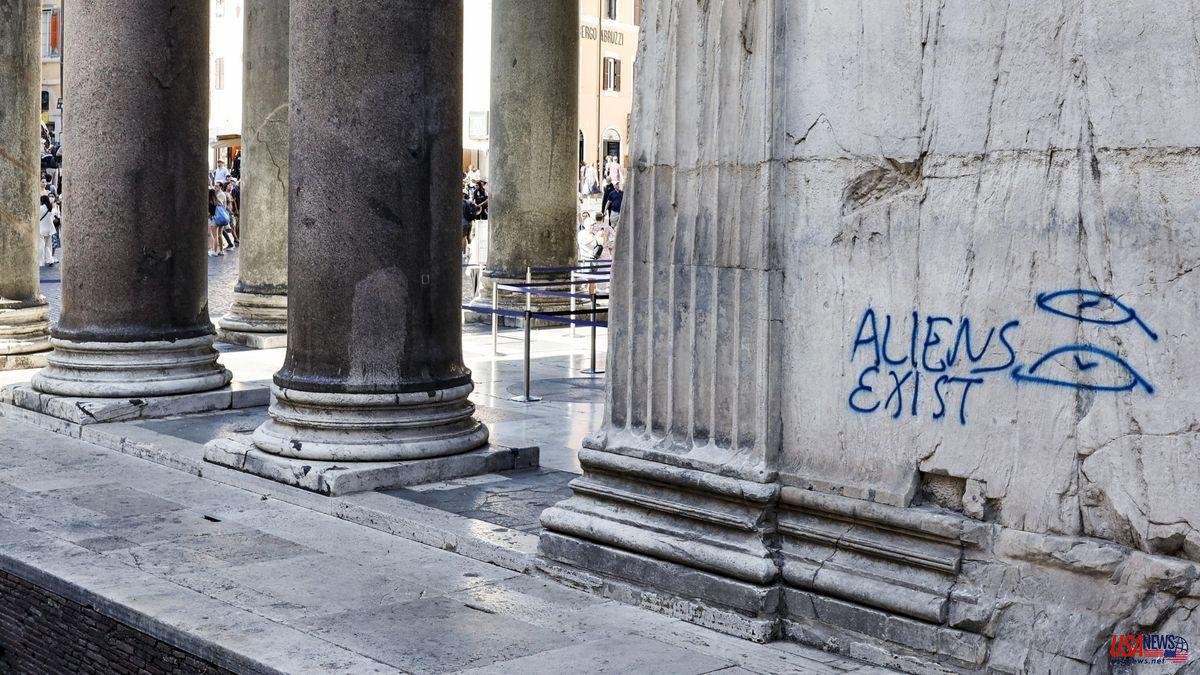 At the beginning of the week, Rome woke up indignant after the appearance of a large graffiti on one of the exterior walls of the Pantheon, in which the phrase “Aliens exist” – in Spanish, “aliens exist” – was read. The graffiti was located in the space that separates its interior from its imposing pronaos, supported by three rows of Egyptian marble columns. Just two days after the unpleasant discovery, a specialized company has made the graffiti disappear with laser technology.

The laser has managed, applied at low intensity, "to eliminate the microns of colored particles that are clinging to the surface of the marble", as explained to the Efe agency by Gabriella Musto, director of the Pantheon. The laser has been combined with an anti-graffiti gel specially designed for delicate materials. The director has assured that no trace of the graffiti will remain, although additional work may be required to recover the original color of the stone. In addition to the cleaning work, a small chromatic and pictorial restoration will be necessary to eliminate the white trace that is still visible at the moment. Despite this inconvenience, Musto is convinced that "this enormous damage will be resolved in a short time."

The Italian authorities continue to search for the author or authors of the graffiti, a complex task considering that the area is totally devoid of security cameras and those of the surrounding buildings were disconnected. Gabriella Musto has asked the security forces to "provide support, especially during the hours when the Ministry of Culture cannot protect these monuments, such as at night, when there is no custody service." The director added: "A more active and constant support is needed near the places of culture that are fragile and that are under the eyes and hands of all". Some citizens and tourists have approached the Pantheon to thank the work of the cleaning team, bringing water and food out of simple solidarity.