The 'turncoat' fan from Saudi Arabia who went viral for "Where is Messi?" now supports Argentina

Saudi Arabia staged the first big surprise of the World Cup in Qatar by defeating Argentina 2-1 in the first match of the group stage. 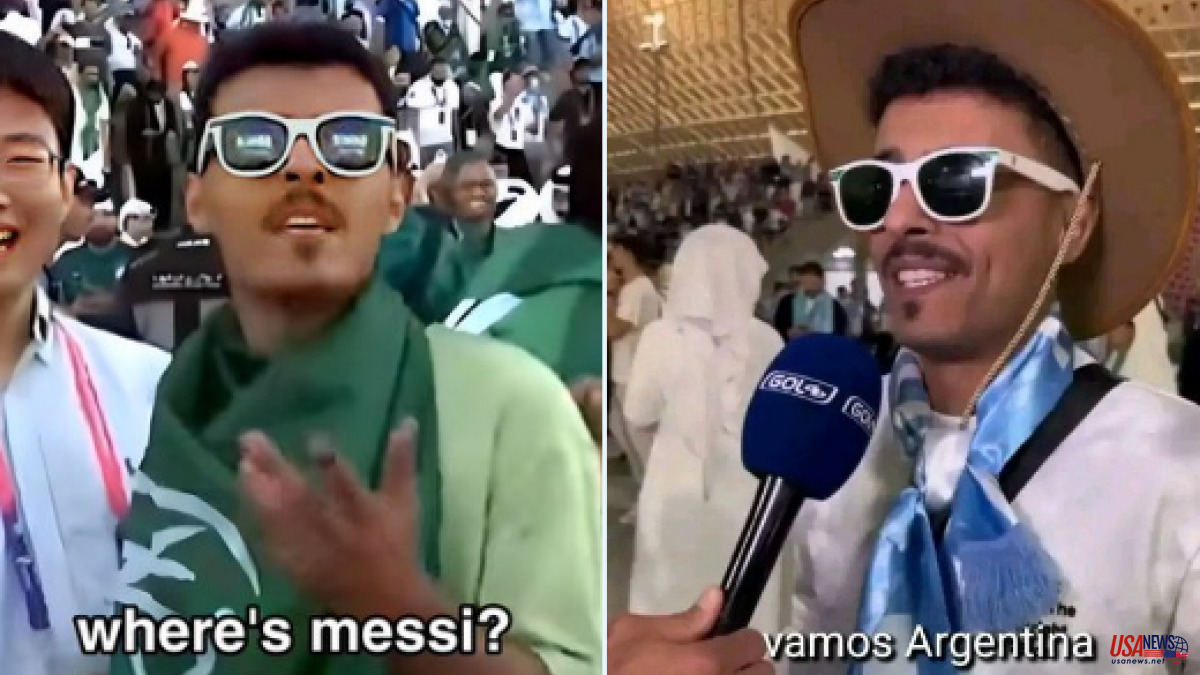 Saudi Arabia staged the first big surprise of the World Cup in Qatar by defeating Argentina 2-1 in the first match of the group stage. The Arab team came back from Messi's initial goal in the second half, achieving a historic result that was not included in anyone's pools. And even less, taking into account the unbeaten record held by Lionel Scaloni's boys.

Where is Messi? How could it be otherwise, the Saudi fans celebrated the unexpected victory in style, starring in the most viral moments on social networks. One of the biggest stirs was this fan who interrupted a live television connection to ask "Where is Messi?" A phrase that traveled the world a few weeks ago.

Change of scenery. The course of the two combined radically changed in the blink of an eye. Saudi Arabia was eliminated at the first exchange and the answer to the question posed by the fan of "Where is Messi?" It couldn't be more forceful: in the final and being one of the main figures.

Change of colors. When everyone had lost track of him, this fan has once again come to the fore. But this time, he is wearing the colors of the Argentine flag with a scarf around his neck. A television intercepted him and asked him about it: "Now I support Argentina because I promised my Argentine friends that if they went to the final I would go with them," explains the man before singing "Come on, Argentina!" and the popular phrase of him.

In numbers. He himself has been in charge of spreading the clip through his TikTok account, where it has already accumulated more than 1.5 million views, more than 140,000 'likes' and is full of responses from Argentine followers who replicate his "Let's go Argentina".

The final. Argentina and France will play the grand final of the World Cup in Qatar next Sunday at 4:00 p.m. Spanish time. The match will take place at the Lusail Stadium, which has a capacity for 88,966 people.