There are two Great Britains, and also two Scots. 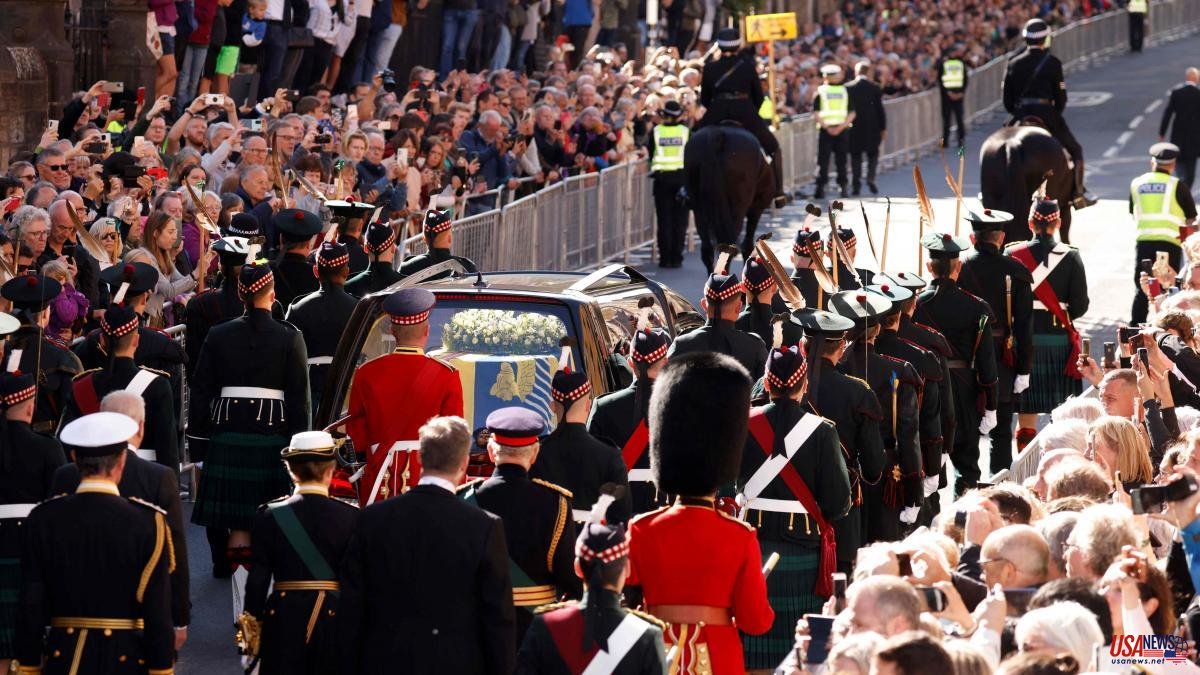 There are two Great Britains, and also two Scots. One that venerates conservatism and tradition, that feels safe with the nostalgia and rituals of the Victorian era or even the time of the Norman kings, and another that is more irreverent and critical, that asks questions and seeks modernity. Yesterday in the streets of Edinburgh the first seemed to dominate, but in the medium and long term it is not so clear which of the two will win the pulse.

Hundreds of thousands of people have paid mostly silent tribute to Elizabeth II – on town and city streets, on farms, by the side of roads – since the funeral procession with her remains left Balmoral Castle on Sunday until her death. arrival yesterday at the Cathedral of Saint Giles in Edinburgh, after spending the night at the Palace of Holyroodhouse, the official residence of the monarchs on this side of the border. On the Royal Mile of the capital, people had settled on beach loungers or folding chairs to wait for hours until the arrival of the funeral car, followed on foot by King Carlos III and his brothers. Others brought portable ladders from their homes to get a better view, or gained access to shops and building windows.

But also – in Scotland, in Oxford, in front of Parliament at Westminster and other places – the police have detained people for “disturbing public order” who shouted “Charles III is not my king”, “A hereditary monarchy is not a democracy” or “It is time to be a republic”. A recent law introduced by Boris Johnson – and aimed at environmental protesters – gives authorities draconian powers to act against any kind of dissent. The groups for the defense of human rights consider that it is repressive and goes against freedoms such as that of expression.

It's hard to judge the background of things by the size of a crowd. The one in Edinburgh – with the almost total absence of the Union Jacks, the flag of unionism – seemed to express her respect and gratitude to Elizabeth II for seventy years of stability, but any political reading beyond that was an enigma. “I am in favor of independence, but I do not need a republic, with a king I am fine,” said Norma Hogg, a hairdresser willing to spend as much time as it takes outside to access the funeral chapel in St Giles.

A little less than sixty percent of the militants of the National Party of Scotland (sovereignty) are Republicans, and one in three Scots "firmly believes" that now, with the death of Elizabeth and the arrival of Charles, is the time to adopt a republic. A survey indicates that less than half of Scots, 45%, want to retain the monarchy, compared to 65% in the United Kingdom as a whole.

In the 2014 referendum campaign, out of a mix of conviction and electioneering, measuring the sentiment of potential voters and in order not to create enemies unnecessarily, the SNP proposed an independent Scotland within the EU, with the pound sterling and Elizabeth as head of state, and it was London that responded coldly to the idea. Nicola Sturgeon is not as royally fond as his predecessor Alex Salmond, but she is being a prominent figure in the transitional events, both at Charles's proclamation and at Mass yesterday afternoon at St Giles. All this while he prepares a new sovereign referendum for October next year, if the courts allow it (probably not, which would leave him the alternative of an unofficial referendum).

In Scotland it is possible to be perfectly independent and monarchist, without this being a contradiction, despite the obvious political problems that it would pose. The SNP, as the party that leads the Government, is playing its institutional role and has joined without any ambivalence in the tribute to the late queen and the stage design of the transition, but the Greens, its government partners, are Republicans and have avoided any appearance.

The Scots have felt for Isabel II love, affection, respect or whatever you want to call it. From the outset, it is most likely that they will extend it to Carlos. But later on it is another question, and it will be necessary to see how many voters are monarchists and how many Elizabethans, and how this affects the sovereign sentiment. Right now the country is divided fifty percent between supporters of the Union and independence, but another era begins.