The tattoos (legionnaires) of Olona

Moreno Bonilla does not even want to hear about a coalition with Vox, but there is not a day that he does not mention it (to deny it). 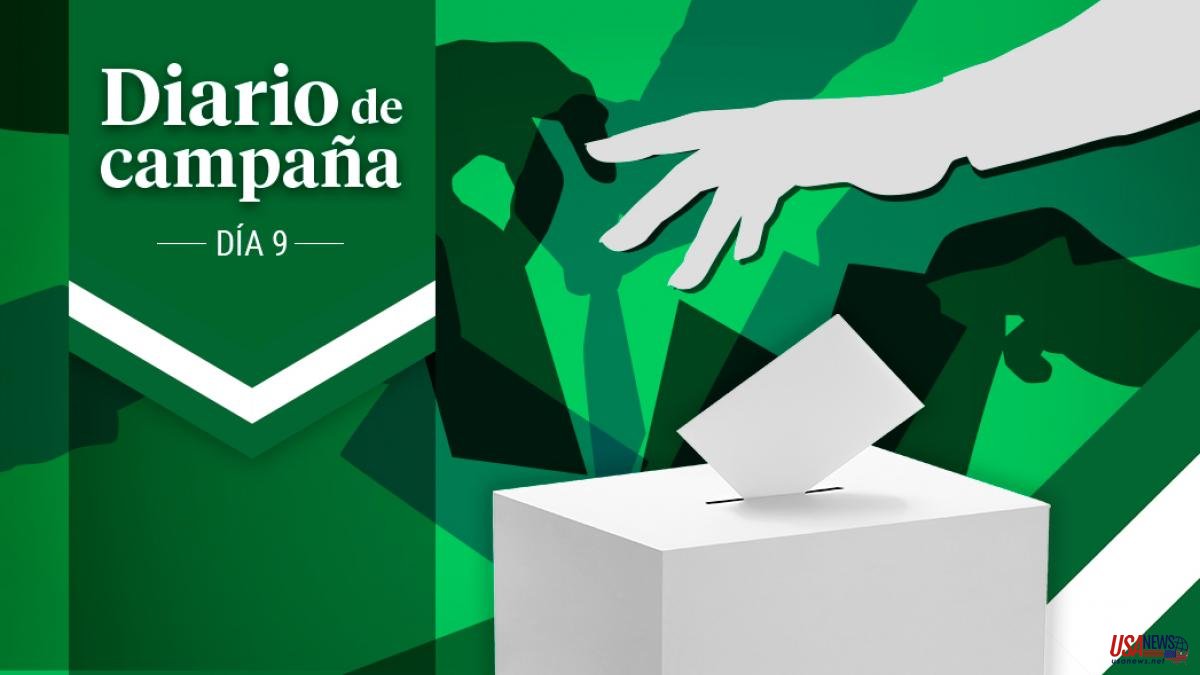 Moreno Bonilla does not even want to hear about a coalition with Vox, but there is not a day that he does not mention it (to deny it). Absence in praesentia. The hypothesis, like the raven in Poe's poem, flies over the battlefield in Andalusia, whose electoral race has just passed its halfway point with an unmistakable air of ritual. Repeating things – like the visit to Fadie the cow – helps the tenant (flyer) of San Telmo to enjoy a certain appearance of security when the certainties are less clear. The June heat wave is the great adversary of all the candidates. Left-wing voters are unmotivated; those on the right have houses on the beach. Risks? That only devotees of the macarenazo go to the polling stations.

Lady Patria (Olona) takes photos with the fans of our grandmothers and evokes –on the networks– the false picture in black and white –time is yellow, Fernán Gómez wrote– of Andalusia in the 1940s: coplas , sentimentality, masses and bows. She offers little bracelets to the children – “take the one from Spain, my life” – and proclaims that we must “end everything that does not benefit Andalusians”. Vox's caudilla is a cross distillation between Evita and Perón. At this point, there is no one who does not know where she has two of the three mythical tattoos of her (legionnaires) of her. The Sierra Bermeja fire, a gateway for all the candidates, is stabilized, but an irregular and changing wind fuels the smoke of fear.

The PP has managed to impose a flat and pulseless campaign tone. Feijóo participates this Saturday in his first rally. “For each voter who goes to Vox, we win ten from the PSOE. If Vox does not believe in autonomy, what is the point of joining the Board?” Mr. Concordia (Moreno) said yesterday. The question is Byzantine: in politics no one believes in anything except oneself. The PP sells (regional) self-esteem and optimism with sugar. The PSOE is prehistory. Swords, Ferraz's man, thinks that he is going to govern alone, as he did in the Seville City Council. In his seven years as mayor, he did not leave a single living tree and bequeathed a city without water, without a Metro and without shade. Minister Bolaños, riding Pegasus, the mythical winged horse, traveled to Malaga yesterday: “We don't want people nostalgic [for the dictatorship]. The PP is the past and the extreme right; us, the future”. He said it in an act in homage to the families massacred (in 1937) by Franco's troops on the Costa del Sol. You know: the future always comes from far behind. Espadas and Bolaños – together – weigh more than the rusty anchor of an ocean liner.