The Government Chamber of the Supreme Court has taken the floor in the crisis of the blockade in the renewal of the General Council of the Judiciary (CGPJ), which is already on its way to four years in office. 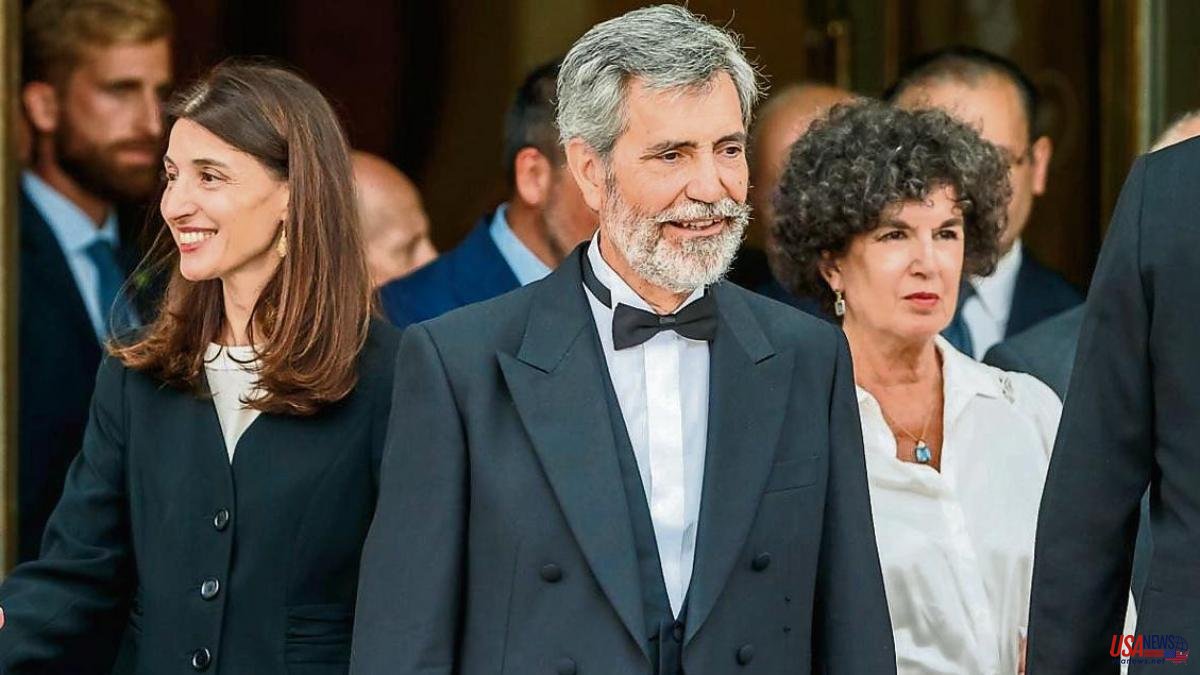 The Government Chamber of the Supreme Court has taken the floor in the crisis of the blockade in the renewal of the General Council of the Judiciary (CGPJ), which is already on its way to four years in office. The magistrates that compose it met yesterday and decided, unanimously, to demand from the Courts the renewal of the body of judges after the announcement by its president, Carlos Lesmes, of an upcoming resignation if there is not an immediate renewal.

In addition to "deeply" regretting that his president, "whom he supports," may "be forced to resign from office," he expressed his confidence that the Congress of Deputies and the Senate will fulfill "without further delay their constitutional obligations before arriving to this point."

This was recorded in an agreement after analyzing the report on the eventual substitution in the ownership of the presidency of the Supreme Court and the CGPJ, issued by the director of the Technical Office of the body.

That report was required by Lesmes himself last week in an attempt to step forward and warn that his threat of resignation if there is no agreement to renew the Council is serious. The first time that the president of the Supreme Court and the CGPJ put his departure on the table was after the opening of the judicial year. He reproached the two main parties for failing to comply with the constitutional mandate to renew the body of judges and elect twenty new members. The magistrate considers this situation inadmissible and said that he had reached the point that if there was no renewal imminently they would have to adopt some measure. This goes through his resignation, an announcement that put the conservative bloc of the Council against him. They believe that Lesmes has put his head on a platter for the Government. At first they thought it would be a bluff but Lesmes's move last week to require a report from the technical office to fix his replacement caused all the alarms to go off.

The report established who should assume the powers as president, both of the TS and of the CGPJ, if Lesmes leaves. The conclusion of the Technical Cabinet is that the substitute must be the oldest magistrate of the High Court, that is, the current president of the Civil Chamber, Francisco Marín.

This situation resulting from the blockade has caused, in the words of Lesmes himself, the "collapse" of the Supreme Court. The PSOE approved a reform of the law last year by which the CGPJ is prohibited from making appointments while it is in office. The Socialists promoted this modification to pressure the PP to sit down and negotiate the renewal, after the "popular" refused to comply with the constitutional mandate.

However, this reform has meant that the CGPJ cannot make appointments of Supreme Court magistrates to fill vacancies due to death and retirement, which is causing a collapse in the chambers.

Yesterday's agreement will be exposed by Lesmes to the Commissioner for Justice of the European Union, Didier Reynders, who visits Spain this week to meet with the different parties and urge that there be a renewal of the body as soon as possible.