The Senate takes the pulse of the Autonomous Communities

One more year, the Institute of Public Law of the University of Barcelona presented its Annual Report on the Autonomous Communities. 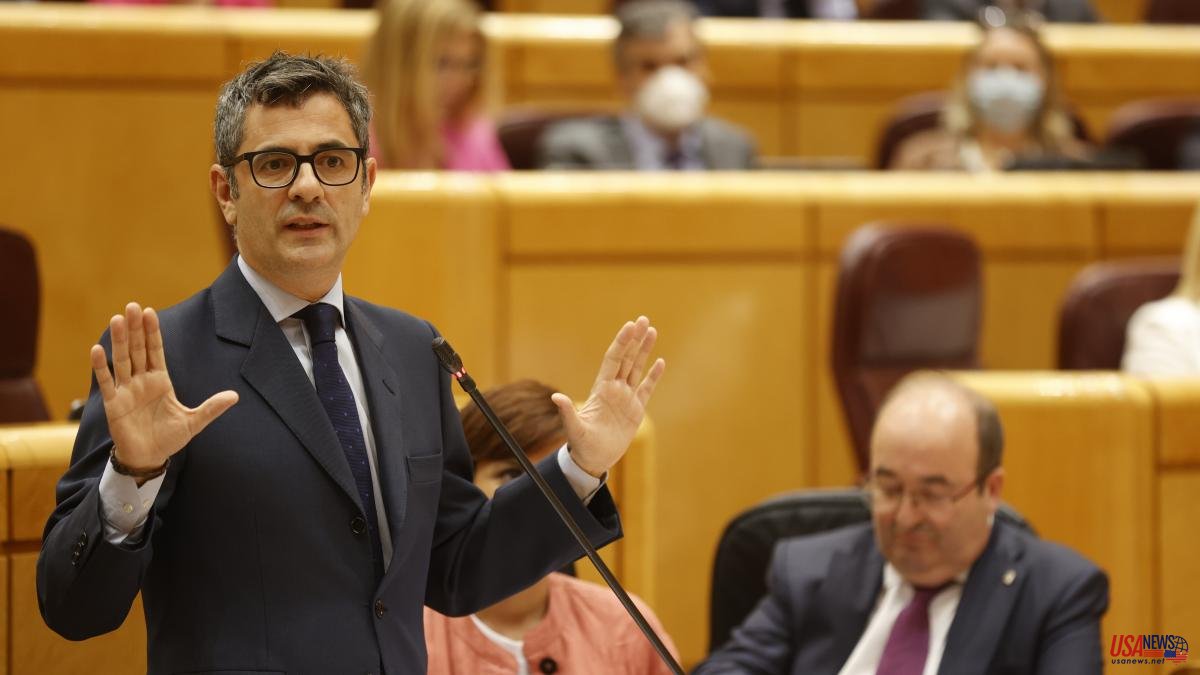 One more year, the Institute of Public Law of the University of Barcelona presented its Annual Report on the Autonomous Communities. The presentation took place last Thursday June 16 in the Senate with the presence at the opening of the act of the Hon. Mr. Félix Bolaños, Minister of the Presidency, Relations with the Courts and Democratic Memory and the Hon. Mr. Francisco Manuel Fajardo Palarea, First Secretary of the Senate.

The general assessment of the report corresponding to the year 2021, presented by Mr. Javier García Roca, Professor of Constitutional Law and Director of the CCAA Report, as well as the

Speeches by Messrs. Bolaños and Fajardo, described that year as a transition between overcoming the pandemic and the new challenge of managing the Next Generation funds in order to get out of the economic crisis, aggravated by the war in Ukraine. A complex period that, in general terms, has made it possible to verify the proper functioning of the State

autonomous community, capable of giving an adequate response to the many difficulties posed by a pandemic that hit citizens with largely unknown dangers. The

The indisputable shared success between the State and the Autonomous Communities in the vaccination process confirms this.

The co-governance model, fundamentally based on the Conferences of Presidents and Sectoral Conferences, which were strengthened, has demonstrated its usefulness and efficiency

to act in coordination in the exercise of their respective responsibilities.

The Seminar held in the Senate dealt in particular with two highly topical issues. The Housing Bill and Next Generation funds. To deal with housing

Mr. Marcos Vaquer, Professor of Administrative Law at the Carlos III University, the Hon. Mr. Juan Carlos Suárez-Quiñones, Counselor for the Environment, Housing and Territory Planning of the Junta de Castilla y León and the Hon. Mr. Héctor Illueca, Second Vice President of the Consell and Conseller of Housing and Bioclimatic Architecture of the Valencian Community.

access to decent housing. But entering into the examination of the Project, some speakers questioned the scope of state competence to approve such an ambitious law as well as the effectiveness of the proposed measures. On the other hand, the advisability of reinforcing the Senate as a Territorial Chamber was claimed, so that texts such as the one analyzed could have their first reading in the Senate, converted into a true chamber of territorial representation, and it was criticized that the Bill will be processed in Congress by the urgent procedure.

The afternoon session was devoted to the topic of Next Generation funds, with the intervention of Mr. José María Gimeno Feliu, Professor of Administrative Law at the University of Zaragoza, of the Hon. Mr. Arturo Aliaga, Vice President of the Government of Aragon and the Hon. Mr. Ignacio Hernado Serrano, Minister of Public Works of Castilla la Mancha.

Mr. Gimeno Feliu pointed out the scant participation of the Autonomous Communities in the design and development of the program for the implementation of the funds, which is highly centralized, although the Autonomous Communities have gained a presence in the execution phase. He also highlighted that the implementation of specific mechanisms of responsibility and control, demanded by the European Commission, has generally delayed the management of the funds.

Both Mr. Arturo Aliaga and Mr. Ignacio Hernando agreed to highlight the potential of being able to count on a Senate in this fund design and management process in which to articulate the collaboration of the Autonomous Communities and the State. They also agreed on the importance of the Next Generation funds, as a financing program

most important aspect of democracy, and they presented the projects in which each of their respective Communities participates or promotes, in order to transform their economy and society.

The interventions and the subsequent colloquiums allowed a general assessment of the reality of the Autonomous State taking as a reference the study of the year 2021, and on the other hand

analyze the regional position regarding two issues of the utmost importance for all of them, such as the case of housing policy and the Next Generation funds.

The interested reader can access the publication of the 2021 Autonomous Communities Report on paper, as well as access all the Reports published in 1989 on the page