It is unusual for all the bells in a city to ring in unison to celebrate art. 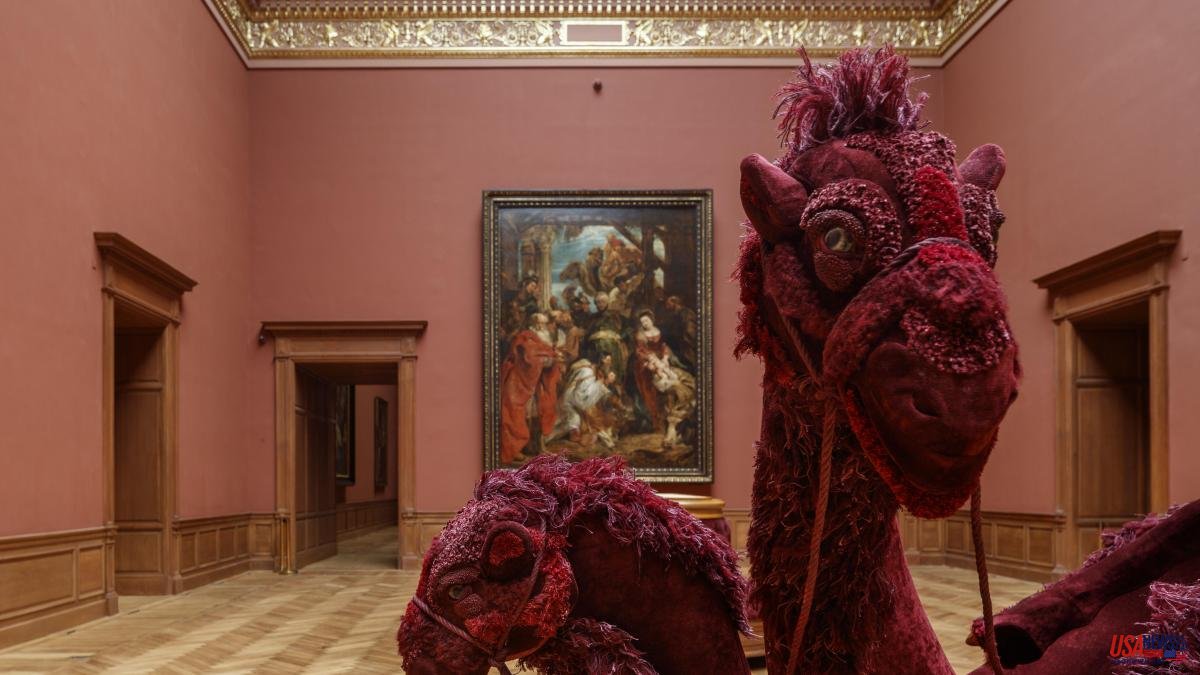 It is unusual for all the bells in a city to ring in unison to celebrate art. In Antwerp it had only happened once, when in 1815 it received the convoy from Paris with the altarpieces stolen from its churches by Napoleon's troops, and they will ring again this Saturday when the Royal Museum of Fine Arts (KMSKA) reopens after eleven years in which the building has undergone a profound remodeling task and an extension that has made it grow by 40% but whose impact is not visible from the outside. Apparently, behind the majestic 19th century façade nothing has changed, however inside there is no longer one but two museums, that of the old masters and that of the modern iconoclasts, and these two worlds now coexist under the same roof. Much to celebrate.

The Belgian city, one of the most prosperous in history, started a stopwatch months ago that counts the days, hours and minutes until that moment arrives. However, getting here has not been easy. The KAAN Architecten team of architects found that the condition of the building was much worse than it seemed at first glance. They had to remove all the existing asbestos and destroy the anti-aircraft bunker and the anti-nuclear chamber built during the cold war, to instead create a deposit to house the works during the reform – not all of them, the monumental altarpieces by Rubens such as The Adoration of the The magicians or The Baptism of Christ had to stay on the walls during the entire process due to the impossibility of being able to get them out through the doors– and to be able to keep them in reserve once they were opened. The museum has a collection of 8,400 pieces, of which it exhibits 600.

But beyond this updating, the real feat of KAAN Architecten has been to create a second museum of modern art inside, taking advantage of the four interior patios, fitting the new buildings into the gaps as if it were an ingenious Lego game. The result is ten new rooms with white walls and resin floors topped by large skylights that let in natural light.

“Usually architects want their work to be seen. On the contrary, our intention has been that it be integrated as one more work of the museum”, says the architect Dikkie Scipio. The cost of the operation has been 100 million euros, but perhaps in a fit of modesty in times of crisis, those responsible recall that although it is certainly an important figure, the Rijksmuseum in Amsterdam cost 375 million euros and the expansion of the Kunsthaus Museum in Zurich was estimated at 230 million euros.

During the years that the museum has been closed to the public, his works have not stopped traveling. They have lent 1,196 works to museums around the world, from the Getty to the Prado, where Madonna and Child and Angels (1450) by Jean Fouquet, France's foremost 15th-century painter and miniaturist, was on loan. "It's our Mona Lisa," says Carmen Willems, the director of the KMSKA about what is indeed one of the most outstanding works. from the collection. Of a strange and shocking beauty, with the baby Jesus ignoring the breast of his mother whose nudity dominates the painting.

But the KMSKA has not only changed physically. The museum enters the modern world in many other aspects. There are no longer chronological routes but rather thematic ones and those two worlds that he proposes -the passage from one to the other is marked by the macabre and surrealist paintings of James Ensor, of which he owns the largest collection in the world- are not always separated. Rubens, Van Eyck or Bruegel the Elder meet Luc Tuymans, the new star of contemporary art from Antwerp, with the great Dalí Girl Skipping Rope in a Landscape, borrowed from Rotterdam, a video by Bill Viola, the drawing of a Nude Girl by Marlene Dumas, Seated Nude by Amedeo Modigliani or The Sixteenth of September by René Magritte. And all of them with a panel by Lluís Borrassà or a sculpture by Subirachs.

"Before its closure, this was an institution with a conservative approach, but we have rethought our DNA," concludes Willems, who assures that the origin of the collection has also been studied: there are no works looted by the Nazis and only 57 donated pieces were financed with money from trade with the colonies.