The rise of Silence, the leading Catalan electric motorcycle company in Europe 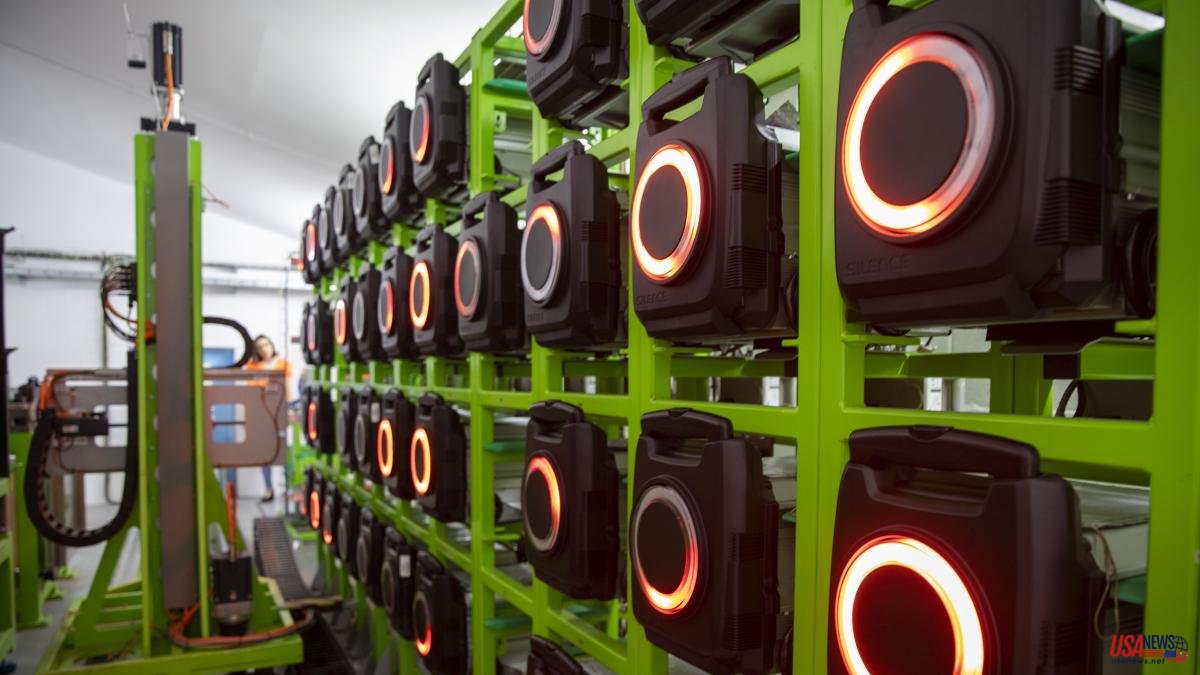 Whoops! Silence. It rolls, on two wheels. Free of contamination. Without noises. In an imposing center of Sant Boi de Llobregat, in Catalonia - the cradle of the motorcycle industry - a stealth figure emerges to shamelessly revolutionize long-term sustainable light mobility.

For a few years, its epicenter of activity has been electric motorcycles, with a cumulative production of 41,000 units by the end of 2022, but all four wheels can already be seen in the rearview mirror. In Silence, words are unnecessary, because silence opens the way to the facts.

The manufacturer of electric motorcycles has established itself as the leader in sales in Europe in recent years in a still small market, with a 7% share of the total number of two-wheeled vehicles, but with an unstoppable growth rate. A promising horizon that is reinforced with the purchase of the company by Acciona, and that will allow the manufacturer to undertake an ambitious expansion plan.

Without going any further, the movement of its current factory, of around 6,000 square meters, to a space of 60,000 located in the Free Zone of Barcelona. "We will multiply by ten with a 4.0 factory to produce more units and with more autonomy, not only to circulate around the city," advances Juan Carlos Pablo, Director of Production at Silence. The leap will be enormous: "It will be the largest motorcycle factory in Europe," he says.

But that is the future. A look back leads us to the beginning of a visionary adventure, led by founder Carlos Sotelo; a business idea committed to solutions to a very present problem today, and a decade ago. It is then, around 2010, when the Silence project picks up speed. And it does so, coincidentally, accentuated by an article published in La Vanguardia that graphically showed a nebulous Barcelona due to contamination by solid particles in suspension.

"That image of such a beautiful city tarnished by pollution shocked us," says Pablo, while explaining the process of production and inspection of motorcycles and batteries in front of the assembly lines. This is the present. The story of a Catalan company born in a garage that served as an operations center to manufacture and distribute a few hundred electric motorcycles, which years later leads a market segment at a national and international level with a staff of 200 professionals and an objective of production of 14,000 units in 2022.

It is the present of Silence, and the present of electric motorcycles. "Light electric mobility is already competitive both in acquisition and maintenance compared to traditional combustion," defends the head of operations. “We produce a mature and reliable product”, he assures, endorsed by the figures of the first generation Silence motorcycles that continue to circulate on the streets with around 100,000 kilometers, more than double the life of a similar scooter.

In the Sant Boi de Llobregat factory, in a synchronized and millimetric exercise between robotics, the human eye, automation and craftsmanship, some 120 units are produced per shift. The process is complete from start to finish: the design, development and production phases are typical of Silence. “We are unique in total integration, and pioneers”, says Pablo.

The company was the first to promote a removable battery in a vehicle of these characteristics. A hallmark of Silence; the component that makes the difference and breaks schemes. The company currently manufactures about 70 removable and plug-in batteries per shift, although its capacity is almost double that. The battery has a range of 133 kilometers, "about 100 reais" and a charging time of five hours. Of course, one of the peculiarities of this patented element is its functionality.

Silence markets its electric motorcycles on the one hand, while the battery is paid by subscription. Thus, to the price of the purchased model, a monthly fee of 15 euros is added, which includes two charging cycles -that is, about 200 kilometers of autonomy-, and five euros for each additional charge. "The user saves money because he only buys the motorcycle, and then pays only for the use he gives to it," explains Pablo. This Battery as a service concept will contribute to boosting sales of electric motorcycles and will facilitate the advancement of battery stations, exchange spaces where the discharged battery can be replaced.

The next few years will be critical for the definitive explosion of electric mobility. "Batteries need to evolve to achieve greater autonomy and for the fleet of charging stations to grow," says the director of Silence. “Mobility requires you to move cleanly, at a good price and with peace of mind, and time is proving us right with our motorcycles,” he says. And silence falls, when another electric motorcycle and another battery take to the streets.

The Silence motorcycle battery has an easy extraction system that allows it to be easily transported and taken home, to work or to a 'Battery station'. These spaces serve to exchange batteries and replace one with another, with the consequent reduction in recharging time.

This operation of exchanging a downloaded one for an already prepared one lasts about 30 seconds. A station is currently operating in Barcelona, ​​although the company plans to open new spaces both in the Catalan capital and in Madrid.