The RACC Catalunya Costa Daurada Rally today presented the 19 timed sections (300 km) of the next edition, which will take place from 20 to 23 October. 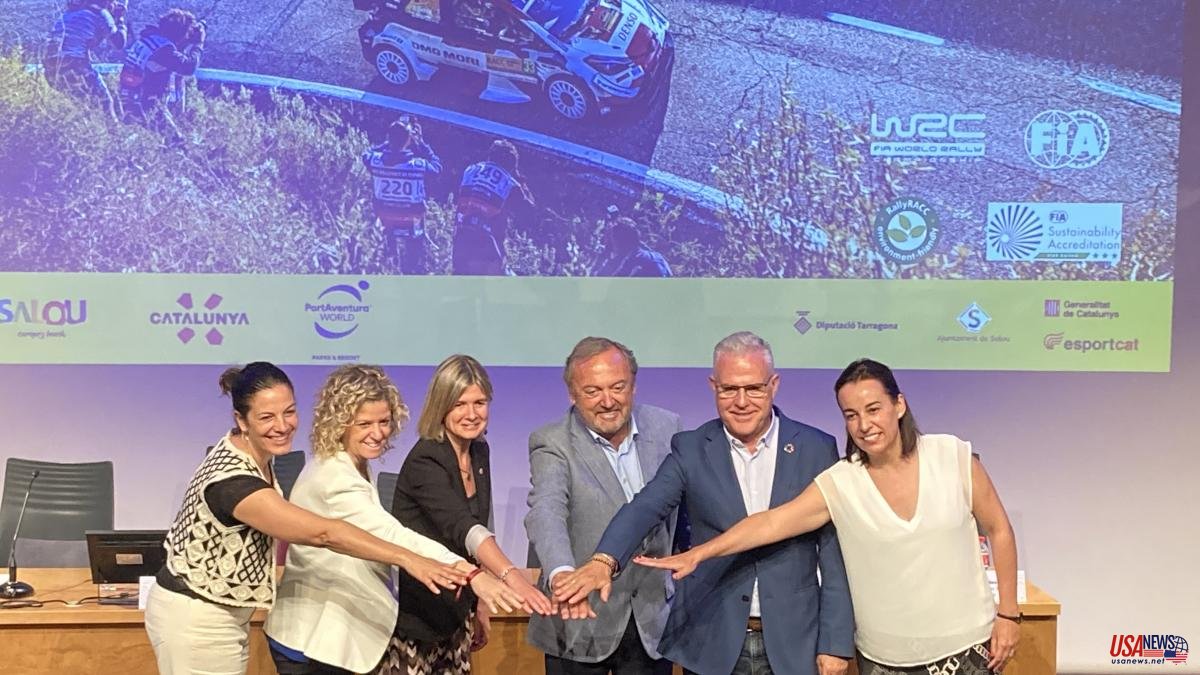 The RACC Catalunya Costa Daurada Rally today presented the 19 timed sections (300 km) of the next edition, which will take place from 20 to 23 October. The test, which will be the twelfth of the World Rally Championship, the penultimate of the championship, repeats the formula with 100% asphalt, without gravel, but renews the sections of the first day. The objective is to surprise the drivers and their teams and expand the territory through which the rally takes place, with most of its route along the winding roads in the interior of Camp de Tarragona.

Salou (Tarragonès) repeats with the timed urban section next to the beach and the promenade, in the expected end of the day on Saturday, the place that usually accumulates the most spectators of the entire rally. All the teams will concentrate one more year in Port Aventura World.

"The riders like us to surprise them. The first stage has been totally renewed, with unprecedented sections. We will once again be the epicenter of the motor world", highlighted Josep Mateu, president of the RACC. The regulations of the International Automobile Federation (FIA) forced two years ago to end the mixed rally formula (asphalt and sand) of the Catalan rally. By innovating with the route, the organization wants to remove the possible monotony.

The Rally RACC Catalunya Costa Daurada will reach its 57th edition this autumn, adding 32 years as a scoring event for the world championship. The inland roads of Tarragona and the Costa Daurada have already been hosting the event for 17 consecutive years. The continuity of the test is guaranteed until at least 2024, as confirmed by the RACC. "We have assured the passage of the World Rally Championship in Tarragona", explains Mateu (RACC). The renewal of the FIA ​​is agreed from year to year.

The equality of the World Championship makes for an exciting end to the championship, which will predictably make the Rally RACC Catalunya Costa Daurada decisive, with only one test remaining when the race ends.

The shakedown (Thursday) will be run for the second year in a row on the Coll de la Teixeta (4.31 km). In the afternoon, the opening ceremony, as is tradition, on Passeig Jaume I in Salou.

The first stage will arrive on Friday, totally renewed. The organization has prepared a loop layout, with four sections, without the possibility of mechanical assistance, which will be repeated twice. The four expected new sections will be Els Omells-Maldà (10.6 km); Serra de Llena (11.9 km), unpublished; Les Garrigues Altes, known as La Granadella, but which will run the other way around; and La Pobla de Massaluca-Ribaroja d'Ebre (17.2 km), also in the opposite direction.

On Saturday the rally will return to the narrow and winding roads of the Conca de Barberà, the Alt Camp and the Baix Penedès. To end the day in the urban stretch of Salou. On Sunday the test will end in Pratdip and Riudecanyes, in the Baix Camp region, with fewer sections this year than other years.

The economic impact of the RACC Rally was 40 million euros last year, with more than 100,000 spectators who followed the event live despite the limitations of the pandemic.