Without sheikhs but with levers. 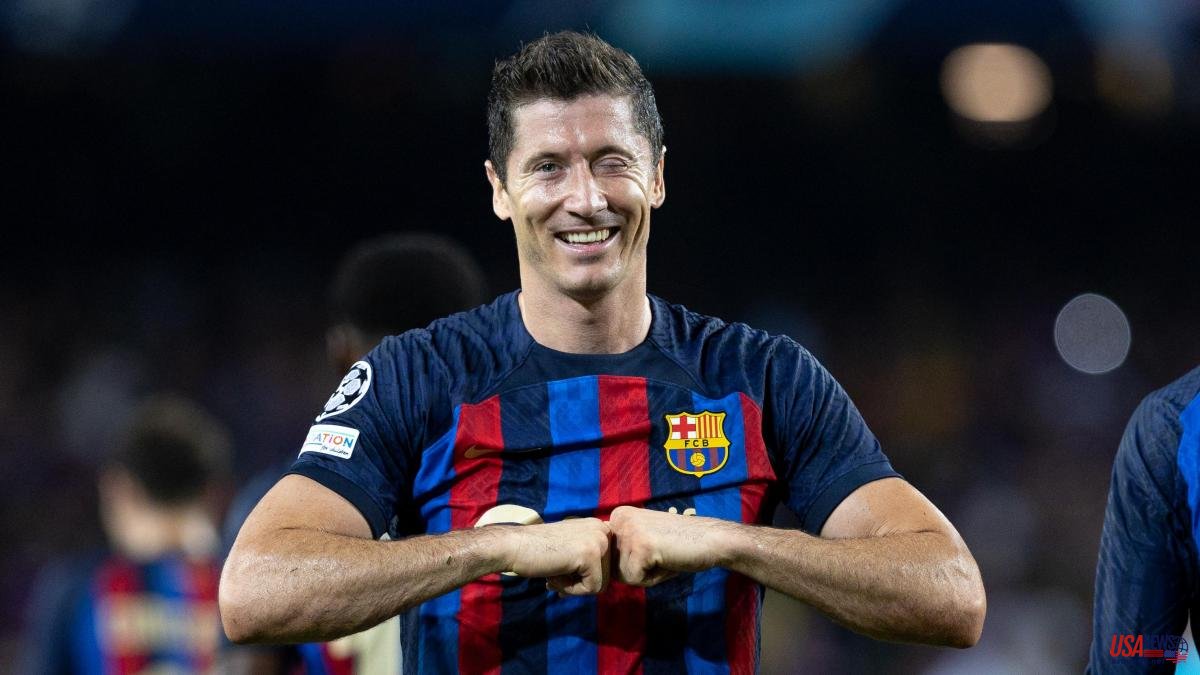 Without sheikhs but with levers. Without large contracts of 5,200 million in exchange for television rights but with six Champions League in the last 10 years. This summer, the Spanish league has invested more than 500 million in transfers, a figure swollen by the financial overexertion of FC Barcelona to be able to incorporate great stars that allow the Catalan club to compete in Europe again. The financial hegemony, however, continues in the United Kingdom with a runaway Premier League: the British have more than doubled the pre-pandemic figures this year, adding, in total, 2,306 million euros in signings.

As Transfermarkt data shows, FC Barcelona has disbursed 153 million euros, more than 30% of the total amount that has been invested in the entire competition in this transfer window. With a declared debt of 1,350 million and a negative equity of 451, the "dramatic" financial situation of the group -in the words of its president, Joan Laporta- has forced the club to activate several financial operations -"levers"- in order to rise as the team that has bet the most on growing this summer. Among the large investments are Raphinha (58 million), Koundé (50) and Robert Lewandowski (45).

Far behind, Real Madrid (80 million) and Real Sociedad (53) complete the top three positions in the ranking. Only these teams have invested close to 60% of the total spending of La Liga this summer, a year in which the Spanish football market has reached figures close to those reached in the 2016-2017 season, in which Barça also stood out in expenses – he was the only one who invested more than 100 million – for the signings of André Gomes, Paco Alcácer and Samuel Umtiti.

Two seasons before the arrival of the covid, and after some summer transfer windows marked by Barça dominance, their rivals opened the portfolio. The 18-19 season, in which 936 million euros were invested in the summer alone, both Atlético de Madrid —with Lemar as the main claim— and Real Madrid —with Vinicius— exceeded 150 million in spending. These figures fell short a season later, as La Liga reached its maximum with 1,420 million investment: Real Madrid exceeded 300 million; Barça and Atlético, the 250; and Seville, the 160. And at those levels of debt, the covid arrived and, with it, the furloughs, wage cuts, budget adjustments and the commitment to more affordable forms of contracting, such as more transfers or arrivals of free players.

The pandemic hit all leagues, although not all equally. While La Liga went from spending close to 1,500 million euros to investing 390 in the 20/21 season, the Premier always remained above 1,300 million euros per year. This year, the British clubs have exceeded their maximums and have gone from 1,337 last season to 2,307 million euros in the summer market alone. From Chelsea's 282 million to Leeds United's 110 million. 10 of the 20 clubs that make up the first division of British football have far exceeded 100 million euros.

Far from the Premier, but with an economic investment and debt greater than La Liga, there is Serie A. Italian football registers many more annual highs —and also low ones— than other national leagues: this summer they have reached the competition 646 players, while 611 have left it. In La Liga, the number of arrivals has been 302, while in the Premier, 275.

Despite the high records, Italian football, led by the 100 million from Juventus and Atalanta, has invested 750 million. In this way, Calcium tries to recover a competitive position that it had in the 19/20 season: a year after Roma eliminated Barça in the quarterfinals of the Champions League, the Italians invested 1,200 million euros to regain glory European. Up to five teams exceeded 100 million (Juve, Inter, Naples, Milan and Rome), but they have not lifted a European title since 2010 nor have they reached a final since 16/17.

If the strength of the clubs were measured only by their investment and borrowing capacity, Goliath would speak English. The Premier's record figures go beyond sheikhs like Shekih Mansour Bin Zayed Al Nahyan, owner of Manchester City; or the investor and billionaire Todd Boehly, the new visible face of Chelsea after the sanctions against Russian tycoon Roman Abramovich that led him to put his properties up for sale in the United Kingdom.

The Premier League closed an agreement in May 2021 to sell the audiovisual rights of the competition until 2025 for more than 5,200 million euros. With this, the competition seeks to be the most powerful league in the world at a time when countries and large European organizations are struggling to find new financing methods to continue growing.

La Liga's agreement with CVC of nearly 2,000 million euros cannot be compared to British money, mainly because it cannot be used to sign players. The teams that joined the agreement with the British conglomerate —all except Real Madrid, Barcelona, ​​Athletic and Ibiza— must allocate 70% of the money to investments in club growth; 15%, to the financial debt; and the other 15% to the registration of players.

For its part, and to placate the desires of some big European clubs to promote a Super League with which to find new funds, UEFA also found at the beginning of this 2022 a way to distribute more money among the clubs. The highest body in European football sold the rights to the next cycle (2024-2027) of European club competitions for a total of 15,000 million euros. That will mean more money for the clubs that qualify to play the Champions League in a new format.

Outside of the three strongest national competitions, Paris Saint-Germain and Bayern are two of the biggest contenders for major European titles despite their leagues spending much less. The sheikhs of the Parisian team have invested 147.5 million euros this summer to draw the squad around Mbappé, Messi and Neymar, while the Germans have tried to make up for the loss of their flagship – and firm candidate for the Golden Ball – towards azulgrana lands spending 137 million.

Real Madrid continues to his own. He hasn't announced any star signing for some years now —still weighed down by the failure of the Mbappé operation—, but he's been adding a positive economic balance for three consecutive years and, in addition, he proudly wields five Champions won in the last 10 editions.