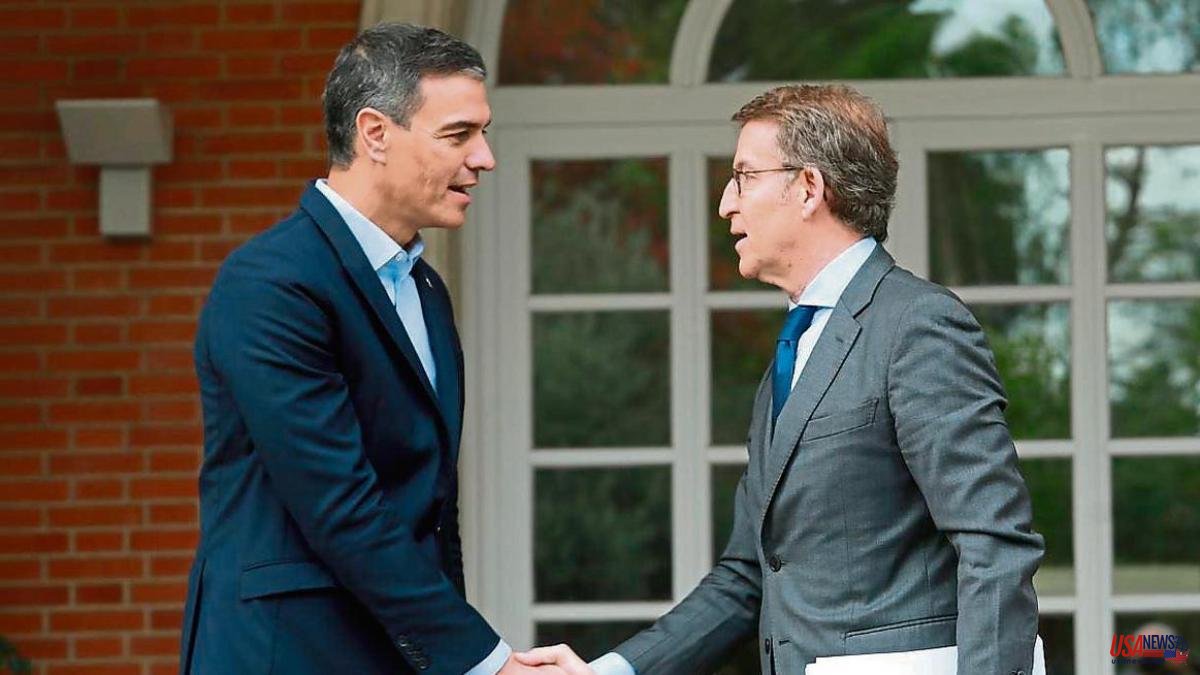 Everything is done, but everything is in danger. When the Government and PP had reached an agreement that was practically closed for the renewal of the General Council of the Judiciary, everything could blow up. The Executive has received a message from the PP in which it warns it that if it does not renounce reforming the crime of sedition, the pact reached will be broken, according to what socialist sources informed La Vanguardia.

The PP's warning occurs coinciding with the announcement by the Minister of Finance, María Jesús Montero, during the budget debate, of Sánchez's commitment to bring to Congress a reform of various crimes of the Penal Code, including the crime of sedition, to adapt them to European legislation.

The ultimatum of the PP to the Government caught the negotiators of La Moncloa by surprise, who practically took the pact for granted, at the expense of a conversation between the President of the Government, Pedro Sánchez, and the leader of the PP, Alberto Núñez Feijóo, as he assured Sánchez himself on Wednesday night, in a meeting with the journalists accompanying him on his trip through Africa.

The same sources assured that the Prime Minister has been informed this morning of the new condition of the PP president, which could ruin an agreement that until now the two parties took for granted.

Perhaps because of this warning from the PP, or because she had gone beyond what she wanted in her speech, the Finance Minister clarified, on leaving the plenary session, the words with which she responded to the ERC spokesman. Speaking to journalists outside the Chamber, Montero explained that "it is up to the president to transfer the commitments that we have to develop in the near future" and recalled that Sánchez has repeatedly said that "there is not a sufficient majority" to carry out the reform .

"It is not up to my department to explore this majority," María Jesús Montero has settled, in an apparent attempt to cool down an imminent reform that could jeopardize an agreement with the PP to renew the General Council of the Judiciary (CGPJ).

With the warning made by the PP, Feijóo modifies his position on the one he had adopted on Monday, which separated the reform of the crime of sedition from the agreement for the renewal of the Council of the Judicial Power and the Constitutional Court, the same as Feijóo himself It had been separated from other issues in which the Government and the people had maintained a strong confrontation.

Between Monday and this Thursday what has changed, they recognize in the PP, is the pressure that the party is suffering, from not only the parties of the center and the right, from Ciudadanos to Vox, and from the Medes of related communication, which warned Feijóo that he was going to be deceived by the Government, which said over and over again that there were no majorities to support a reform of the crime of sedition, but that in the end he has given in to pressure from ERC and to make sure their vote in the budgets has opted for the reform of this crime.

The president of the PP, Alberto Núñez Feijóo, did not make any reference in an intervention in Santander, in the Global Youth Leadership Forum, but the young Spanish and Latin Americans who attended it did ask him about the reform of the crime of sedition, of which the leader of the PP assured to ignore the intentions of the Government, since every hour says a different thing.

What he did announce is that if he reaches the Government, he will modify the Penal Code, but not to reduce the penalties, but to "specify those crimes more precisely" in the Penal Code, always referring to the crimes of sedition and rebellion, which equated, and to make "a more forceful typification and aggravation of penalties".

The action of the PP in the Government will not be limited to an increase in sentences, or a "clear and precise typification of these crimes", but will include other crimes in the Penal Code, such as the calling of an illegal referendum, making it clear that not only the celebration will be penalized, but the mere call.

Feijóo explained to the young people who participated in the meeting that the crimes of sedition and rebellion are behaviors that are criminalized "very harshly" in most European countries, because "it is about preserving the unity of the nation" and enforcing the rule of law and the Constitution. What happens, in his opinion, is that in most countries "this is not even discussed, because they are extremely serious situations", such as what happened in Catalonia in 2017, when the Generalitat proclaimed the independence of one part of the national territory.

But the fact that the Government of Spain is based on a coalition with independence parties, some of them "authors of that rebellion-sedition", as he described what happened on 1-O and the following days, is what has opened the debate on whether or not the penalties for rebellion or sedition should be reduced, or whether the crimes should be strengthened and the penalties increased".

In that debate, Feijóo is in favor of "aggravating the penalties", with a warning to the Government. No matter how democratic the government is, "it does not have the capacity to agree to a split on the part of the nation." 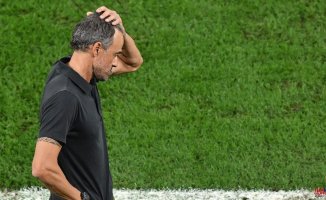 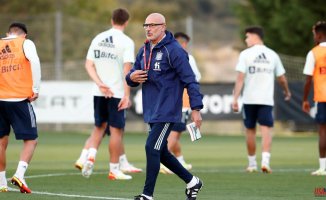 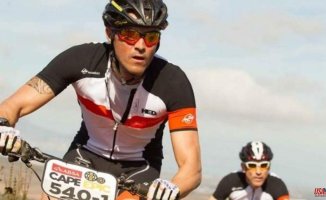