The plastic artist Yago Hortal tries his hand at opera

I remember, in my university period, wearing an opera to pick up energy, to pick up the low days. 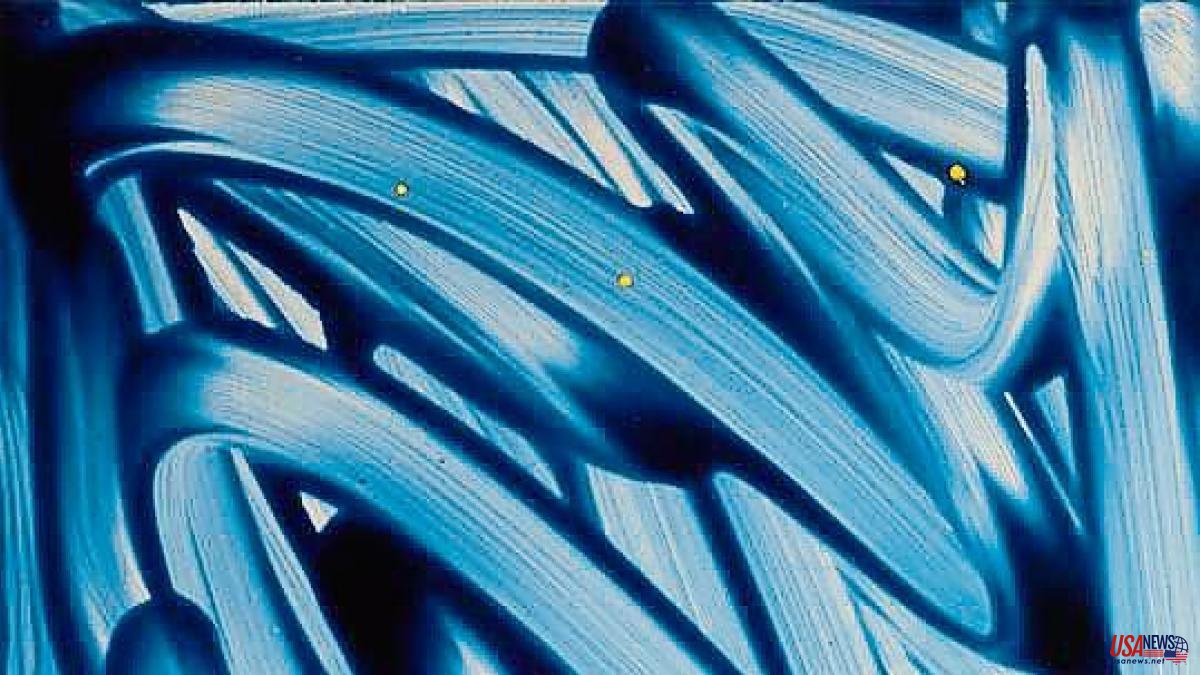 I remember, in my university period, wearing an opera to pick up energy, to pick up the low days. Instead of electronic music and techno, sometimes I would go there. And I remember painting a dot-based painting to the rhythm of one of them. Opera generates emotional tension in me, generally positive”, confesses Yago Hortal (Barcelona, ​​1983).

The artist of the gesture and of luminous and hedonistic colors –somewhat drier since the works he showed last year at the Senda gallery– has taken his experimental spirit to the field of opera at the invitation of Amics del Liceu. And even though he is not an illustrative artist, he assures that he loved the commission to visually interpret the Gran Teatre season: Il trovatore, Il trittico, Macbeth, Tosca, Manon, 7 deaths of Maria Callas, L’ incoronazione di Poppea...

From the outset, another support material was used: aluminium. And he moved away from his large formats. “The small format is more narrative, like a story –he points out–; and I wanted the aluminum to be very pure and that the layer that I put on it would almost be erased because the paint did not fix well. That fragility forced me to do it in a single stroke or two, something representative of my work”, he tells La Vanguardia.

The result of this distillation of plots, characters and music is exhibited in the LAB 36 space on Trafalgar Street in Barcelona. About thirty pieces, three per title, which present different colors and brushstrokes depending on the opera they evoke.

“Some of the arguments I didn't know about. In Il trittico, Puccini wants three operas to form a whole and I have taken the license to make a triptych in a single painting, with the spirit of a trip to the catacombs that the composer spoke of: hell, purgatory and paradise. That journey he takes through death, dreams and money...”.

For the Wagnerian Parsifal, Hortal introduces a spear that breaks the line; in Tosca he revels in the palette of the painter Cavaradossi; in Macbeth the gesture threatens an M, just as a B certifies Alexina B, the new Raquel García-Tomás. L' incoronazione di Poppea dives into the three divinities, virtue, love and fortune, with touches of heaven from her early youth.

"Each painting is made with different brushes and materials, sometimes I used rags, other bubble wrap... everything that could give a different texture." And it can be seen in the “cascade of feelings” in Il trovatore, or in the jewel in the crown: 7 deaths of Maria Callas, undoing... dying. "I don't know why but I saw Marina Abramovic with those colors".

The Amics del Liceu publication counts on this occasion, among the firms that offer a look at the scheduled operas, the lawyer Gemma Calvet, the writer Guillem Frontera, the actress Muntsa Alcañiz, the philosopher Ferran Sáez Mateu and the mathematician and specialist in artificial intelligence Carme Torras.