The platform in Resposta al Midcat, contrary to the gas interconnection project between Catalonia and France, calls for "definitively burying" the infrastructure, considering that "it will not provide an answer to energy security". 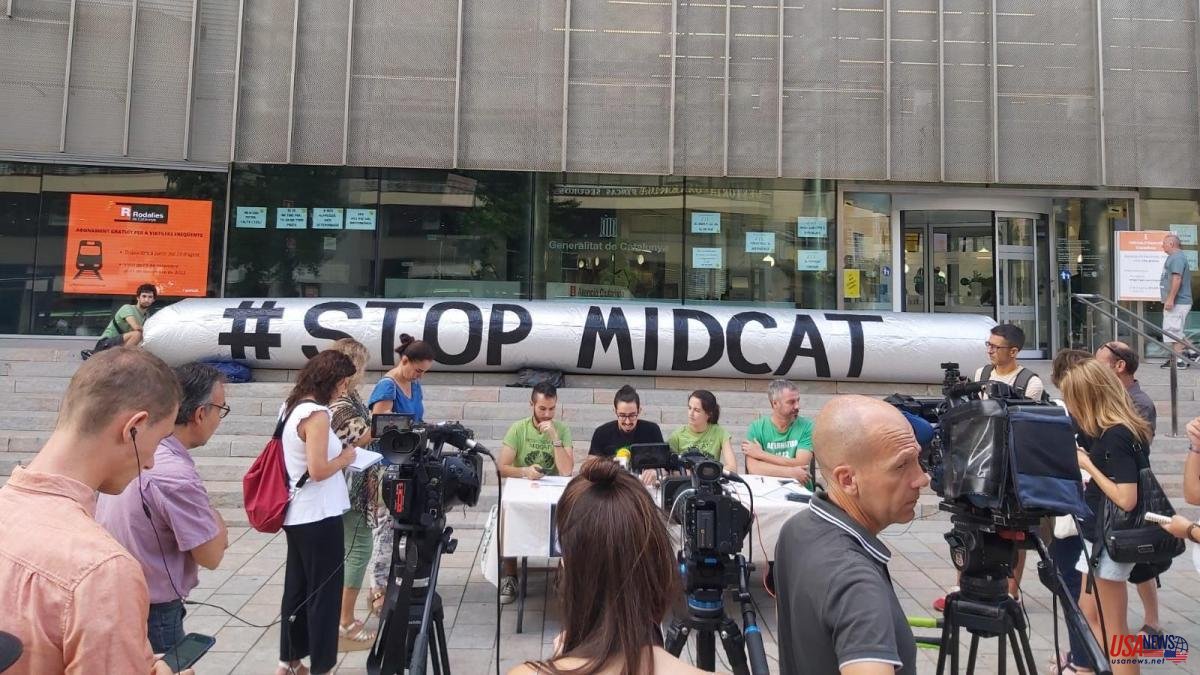 The platform in Resposta al Midcat, contrary to the gas interconnection project between Catalonia and France, calls for "definitively burying" the infrastructure, considering that "it will not provide an answer to energy security". The collective does not rule out actions or mobilizations if countries like Spain or Germany continue with the idea of ​​building it.

Despite the shelving that French President Emmanuel Macron gave a few days ago to the gas infrastructure in Gallic territory, the platform in Resposta al Midcat has decided to reactivate itself due to the insistence of some countries and actors to bet on the project.

The platform, which was created in 2012 when the only built section was completed -the 86 kilometers between Martorell and Hostalric- was operational until 2019, when the European Union ruled out continuing with the infrastructure that was going to connect Catalonia and France, considering that "there was no neither economically nor strategically viable", recalls Raúl Domínguez, spokesperson for Iaeden and the Girona Naturalists Association (ANG) and member of the recently reactivated platform.

The opponents have explained today in a press conference held in front of the headquarters of the Generalitat in Girona that it is not true that the gas pipeline can provide an answer to energy security and not continue to depend on Russian gas.

The member of the entity and spokesperson for the Observatori del Deute en la Globalització (ODG), Josep Nuart, has stated that through Midcat only "between 2 and 3% of the fossil gas imported from Russia in 2021" could be replaced. and that it would become dependent on other countries "that are not a guarantee for the future, either for geopolitical reasons or because the reserves of that fuel will come to an end in a few years."

He also maintains that "it is not feasible" that the pipeline could end up transporting green hydrogen, an energy source - says Nuart - "that has not been shown to fight climate change". "Only 1% of the world's hydrogen is green; 99% is produced from gas and oil," he said, adding that it requires a very high energy expenditure to generate it.

The spokesperson for Ecologistes en Acció, Maria García, recalled that gas is a fossil fuel with environmental repercussions and that countries must "urgently consider" its reduction. "If the European Union and Spain want to comply with the Paris Agreements, they must leave fossil gas behind before 2035," she said.

He also highlighted the environmental repercussions that the construction of infrastructure up to the border would have. He recalls that in the 90-kilometre section built between Martorell and Hostalric, 25-meter-wide ditches were dug "to allow a one-meter tube to pass through."

The press conference was also attended by Philippe Asens, coordinator in French territory of Midcat, who celebrated the "good news" that Macron's 'no' to infrastructure has meant. Asens asks the Spanish government to also renounce the project.

The platform recalls that the gas pipeline is not currently on the list of projects necessary for the European gas network as it was until 2019. Regarding the possibility of executing a gas pipeline between Barcelona and Italy, the opponents affirm that it is not an option either when passing through a zone of "high protection" of marine fauna.