The Mercat de les Flors announces a 2022-23 season to discover rare artists who had yet to present: Gisele Viènne, for example, a French creator who came from the object and has opted for choreography and from which Crowd will be seen, a choreographed rave. 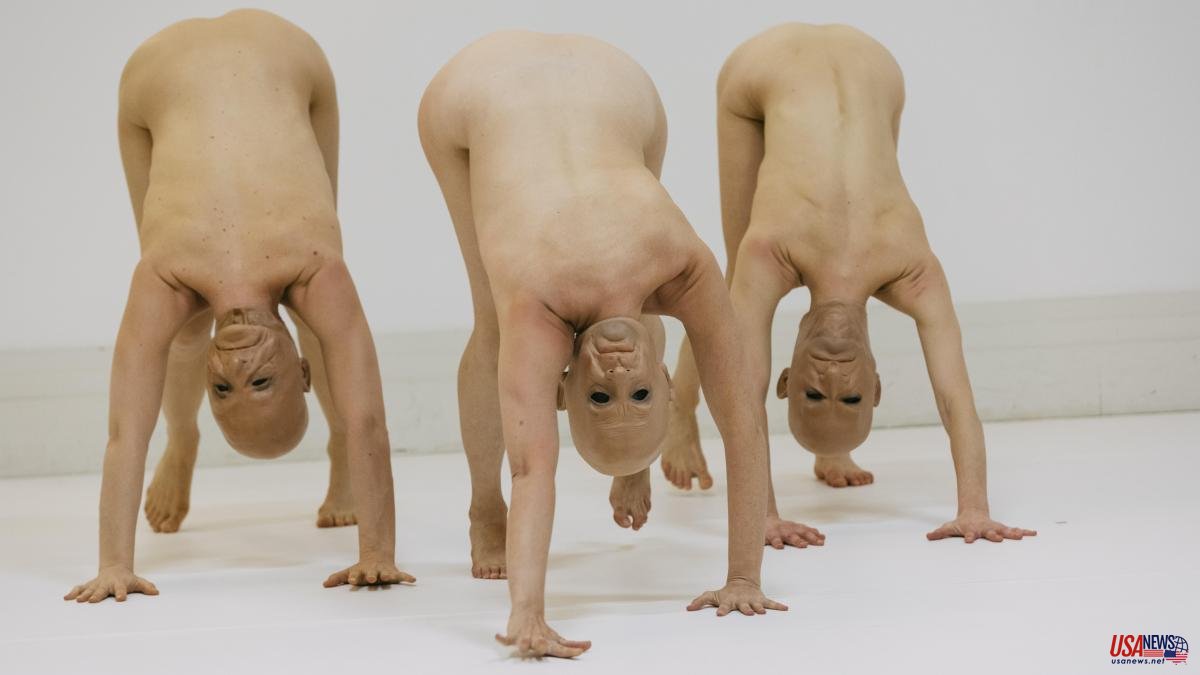 The Mercat de les Flors announces a 2022-23 season to discover rare artists who had yet to present: Gisele Viènne, for example, a French creator who came from the object and has opted for choreography and from which Crowd will be seen, a choreographed rave. Or Mette Ingvartsen, the Swedish based in Brussels who represents the most current avant-garde.

The Mercat wants to give a second chance to projects that were cut short by covid, as was the case with the constellation dedicated to the Brazilian Lia Rodrigues (Sao Paolo, 1956) or shows that were exhibited with 50% capacity, such as Highlands , from Bad Hair. But the real revival of the 2022-23 season is that of Lucinda Childs (New York, 1940), which will be seen from work from the Judson Dance Theater era and the minimalism of the seventies to recent premieres.

"In the constellations we want to show the work of artists who are well known abroad and here not so much, and also of artists who have marked generations and of whom we have only seen the heritage they have left, but never their original pieces", points out Àngels Margarit, director of the Mercat.

Thus, Ruth Childs, the creator's niece, will perform a repertoire from her beginnings, as will the company Dance On, made up of dancers over 45 years of age, who will dance Works in silence, works that have not been replaced since their premiere in the seventy.

But in addition, the Lyon Opera Ballet will perform the iconic Dance (1979) with the synchronized recording of Philip Glass's music. And there will be a new solo written in 2020 for one of the dancers from the French troupe. From Paris, on the other hand, a sample of Childs's scores will arrive.

And within the same month of March, although outside the constellation, it will arrive at the Mercat (La) Horde-Ballet National de Marseille, with a program that starts precisely with Childs and continues with Tânia Carvalho, Lasseindra Ninja and Oona Doherty. “Very radical pieces from very determined universes that will be u”, explains Margarit.

As for Lia Rodrigues, the director of the Mercat warns that in this pandemic she has gained a lot of recognition and it is impossible to recover the constellation as is: “We continue to bring Furia, to which we add her latest work, Encantado. Two different works although it is noticeable that one goes after the other. And around her we bring two other Brazilian artists for whom he has been a reference: Volmir Cordeiro and Ana Pi”.

The Barcelona house of dance will also focus on the Valencian Olga de Soto, whose career in the visual and performing arts has taken place in Belgium, in addition to the aforementioned Mette Ingvarsten, who has carried out research ranging from ecology to of the objectification of the body or dances in a pandemic. "Ingvarsten has left a mark for the younger generation," says Margarit.

But the pandemic also made it possible to co-produce many local artists. By allying itself with the Teatros del Canal and Crea Dance, Maria Rovira's company, the venue makes possible a piece that the Catalan choreographer had been haunting for years: Odissea. This company and that of Asun Noales, co-produced by the Institut Valencià de Cultura, will have morning sessions, a novelty with which the Mercat wants to give options to an audience that has free mornings and comes from outside Barcelona.

“We see that there are people who are in a great hurry to catch the train or find it difficult to take the car, and instead they do go to museums in Barcelona during the day. So we propose breakfast at the Mercat, see dance at 12 noon. and then go to the museum”, explains the director of the Mercat.

This year Margarit launches a cycle of dance and music that brings together artists with a special personality: François Chaigneaud and Nino Laisné; the aforementioned Jonas

The Mercat also wants to delve into artists such as Jesús Rubio Gamo, Cuqui Jerez or Philippe Saire by presenting more than one piece by each of them. From Saire there are three: Vacuum , which marks the beginning of an aesthetic search that goes from the body to the visual arts, Hocus Pocus , for all ages, and the latest from the Party Room collection.

Other names to highlight are Natalia Jiménez, an Andalusian dancer who over the years has worked in Barcelona with Mudances or with Inés Boza, and who will perform a duet with a piano; Núria Guiu, who will continue to develop the already presented Cyberexorcism, or the Italian Silvia Gribaudi, with her unclassifiable humor.

For the first time in a decade, the Mercat exceeds the 5 million budget. The City Council maintains its 2.5 in recent years, but the Generalitat has gone from a million in 2019 to a million and a half today, while the Ministry has doubled its 380,000, which is already 880,000. Which, together with the 610,000 own resources adds up to 5.49 million euros.

“The City Council puts money from the double capital status, but since we need urgent works, it has diverted it towards that. And in reality, that of the Ministry is doubled by the Madrid-Barcelona co-capital”, indicates Margarit.