The Madrid derby on Sunday will continue in the committees and in the offices. 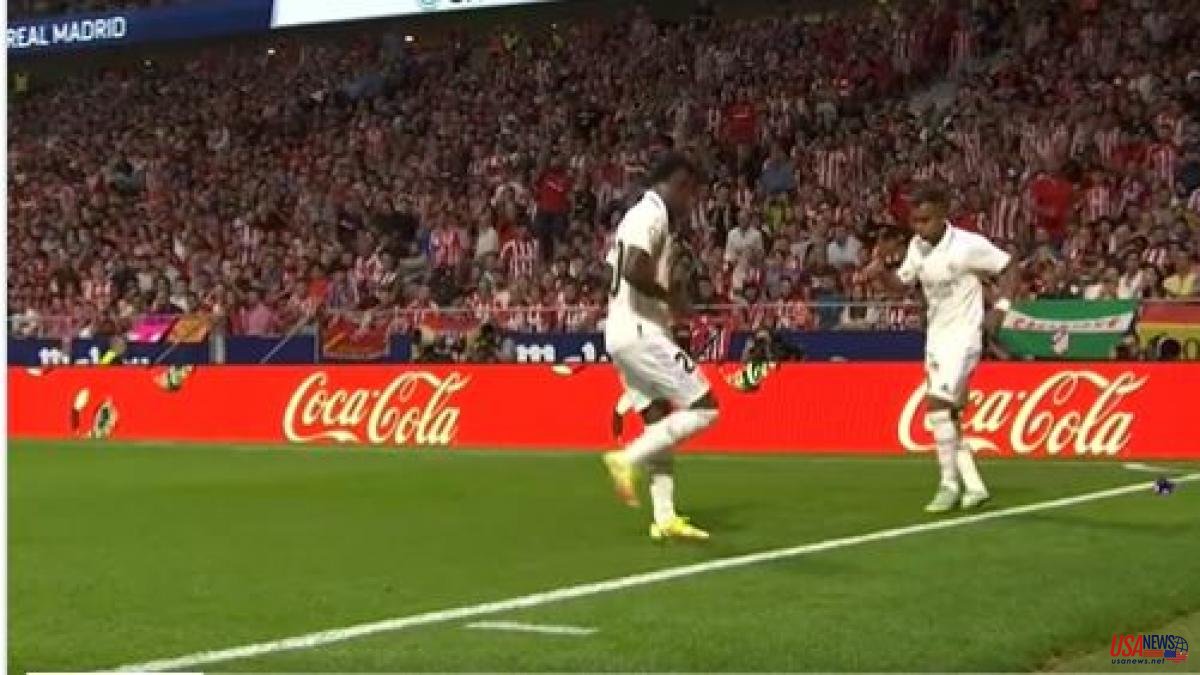 The Madrid derby on Sunday will continue in the committees and in the offices. The League is already preparing a report that it will send to the Anti-Violence Commission so that it can rule on the racist insults against Vinícius both inside and outside the Metropolitan. Anti-Violence could impose closing the stadium or part of the stands, which does not seem likely, according to the sources consulted. Everything indicates that the case may result in an economic fine that affects both the mattress club itself and the fans who can be identified as the authors of the racist chants.

Real Madrid is silent about what happened. Despite the fact that on Friday night the white club issued a note on its website assuring that it would take legal action against anyone who committed racist acts towards its player, right now it does not seem to be up to the job, according to sources consulted. Everything could change according to the drift of events.

According to the 2007 law against violence, racism, xenophobia and intolerance in sport, the sanctions that can be applied to each fan range from 150 euros if the minor offense is considered up to 650,000 euros if the fact is qualified very serious. Likewise, the person involved can be sanctioned by not re-entering the sports venues for a period of two to five years.

The League report will also include Munuera Montero's arbitration report and includes what happened after Rodrygo's goal: "Throwing objects: At minute 17:29 the match is stopped and the protocol established by the RFEF is carried out due to several lighters and empty bottles being thrown from the stands without hitting any player. After making the corresponding announcement over the public address system, the match resumed without further incident". The Andalusian referee did not reflect in his writing that in the 70th minute he stopped the game to pick up a lighter that Courtois approached him.

The League will have to study if in the next few hours it presents a document in the Prosecutor's Office denouncing the facts. Sources from the same consider that "we use that channel to denounce the behavior of specific people within the stadium, so I do not think that is the case."

The one who has assured that it will denounce the facts in the ordinary courts is the Movement Against Intolerance association, a Spanish NGO that has been fighting hate crimes for more than twenty years: "No football debate, whatever it may be, about celebrations around to a goal or any other case, justifies the commission of a set of illicit acts that involve racist and xenophobic hate speech and crimes, in the networks, media, surrounding or inside a field of play.These facts make this soccer player into a victim of racism, xenophobia and intolerance", explains one of its spokespersons.

He also claims to have addressed a letter to the Secretary of State for Sports, José Manuel Franco, where he reminds him that "racist, xenophobic and intolerant acts are behaviors that are prohibited and sanctioned by the Sports Law" and asks that "they be addressed by the State Commission against Violence, Racism, Xenophobia and Intolerance, adopting the sanction measures provided for in the Law".

Unlike FC Barcelona, ​​which with Joan Laporta expelled its radicals from the Camp Nou, the same as Florentino Pérez did, who expelled the extreme south from the Bernabeu, Atlético has a tradition of little control with its most violent fans.

Last season, Atlético was fined in April with the closure of 5,000 seats for the second leg against Manchester City in the Champions League quarterfinals for "improper conduct" by the 2,600 mattress fans who traveled to the first leg at the Etihad, accused of throwing objects and fascist salutes. The sanction was not fulfilled because the TAS gave him the injunction.

A case more similar to that of Sunday occurred on March 2 in the last Youth League match between Real Madrid and Atlético in Valdebebas. The UEFA Control, Ethics and Disciplinary Committee sanctioned Atlético with a closed-door match and a 30,000-euro fine "for discriminatory behavior and racist shouting towards the Real Madrid player Peter Federico."

It is not the first time either that the League denounces racist chants against Vinícius. Last season, and also at the request of the League, Antiviolence sanctioned Mallorca with 6,000 euros for racist insults against the Brazilian Real Madrid.