The lack of overflow and the role of the interiors, keys in the Cádiz-Barça

With Barça dominating (75% possession) and Cadiz giving up all the initiative, the team had to attack a lot positionally in the first half. 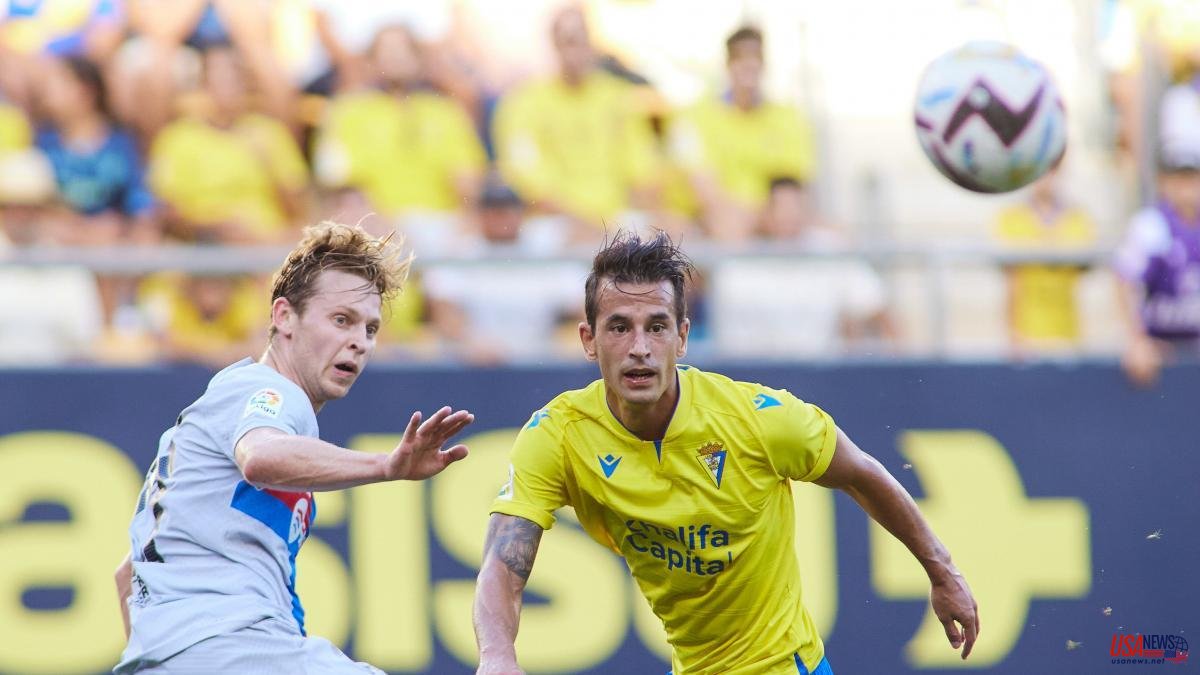 With Barça dominating (75% possession) and Cadiz giving up all the initiative, the team had to attack a lot positionally in the first half. For this, the azulgrana team positioned itself with wide ends and high sides but the azulgranas lacked things to produce more. Above all, rhythm of circulation and overflow. Barça only signed six good dribbles in the last third. A register too low for the context that was given. When your rival waits for you and concedes to you, there are only two ways to generate superiority: circulate the ball very quickly (on a collective level) and frequent one-on-one (on an individual level). Two things to improve for the next opponent who is secluded in a low block.

The game opened in the 54th minute with a defensive mistake by Cádiz caused by a Gavi who, once again, threw a breakaway clearance down the inside lane. And he was not the only one. Because the youth squad repeated this maneuver several times, exploiting the high version of the midfield position. On the opposite side, Frenkie De Jong's movements were also very productive. In the positional attacks he dropped to the side to participate more (54 interventions) but he did not forget to step on the box, quite the opposite. He signed the 0-1 with a great arrival and repeated at 0-2 with another that led to the rejection of Lewandowski's goal. Gavi and De Jong acted at different heights and both were very important for Barça to flow better in the second half.

The new Barça right-back came directly into the starting eleven and completed a game in which he went from less to more. In the first half he played open but excessively fearful in his movements. The context demanded a lot of activity from the outside and granted few splits. In the second half, his positional behavior was different. Instead of playing wide, he jumped inside to give an extra passing lane and leave the outer lane for Raphinha first and Dembelé later. From there he came into play more (32 interventions in the second half to 25 in the first) and helped the team to be more stable for possible rival transitions.