The industry sees the PERTE as the great opportunity 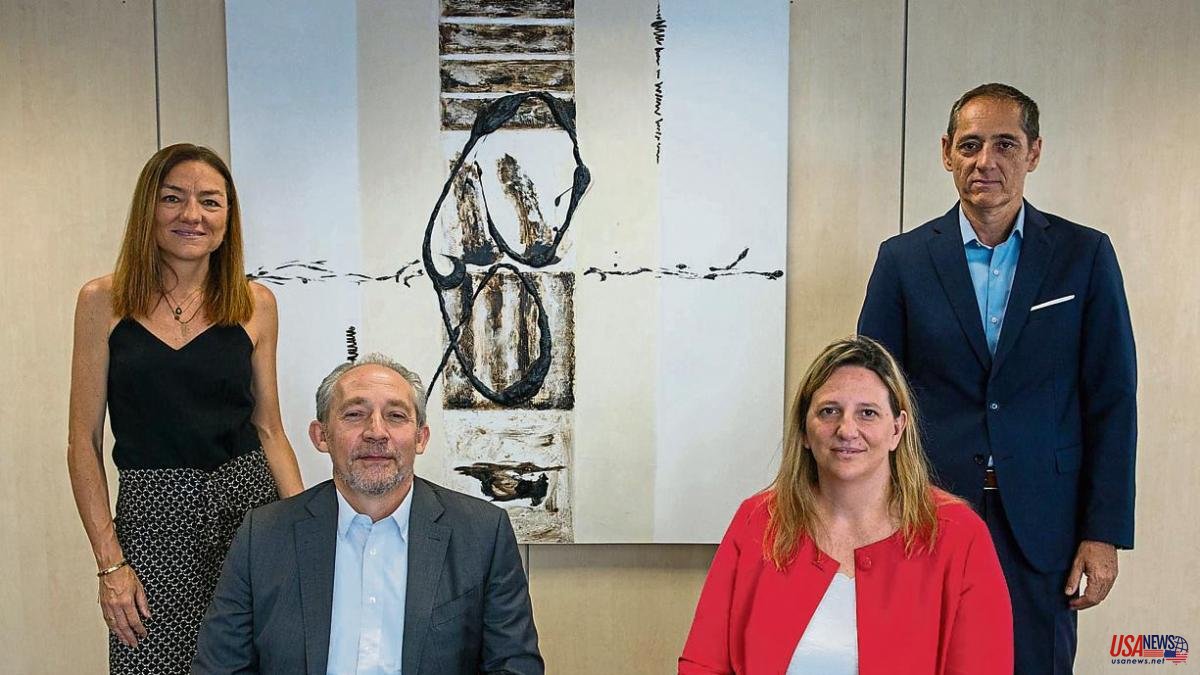 To great ills, great remedies. Something similar must have crossed the minds of those who inspired the Strategic Projects for Economic Recovery and Transformation, better known by the acronym PERTE. Emerged within the framework of the Next Generation aid from the European Union, their purpose is to reactivate the economy, but also to transform it, adapting to new needs and commitments to sustainability, digitization and decarbonization.

The PERTE are the jewel in the crown. A new instrument based on public-private collaboration involving public administrations, companies and research centers. Its purpose is to transform the economy by identifying strategic sectors and areas of activity for the country's future. In this case, the aim is for each euro of public origin to add another four of private origin.

The development of the electric and connected vehicle; The renewable energies; renewable hydrogen and storage; state-of-the-art health; the agri-food sector; the new economy of language; the circular economy model; the shipbuilding industry; aerospace; the digitization of the water cycle; microchips and also the social and care economy are the areas of activity that already have their PERTE.

How do the PERTE view the companies involved? Do they have the capacity to transform the economy? What difficulties does this model pose? To find out the answers to these and other questions, La Vanguardia brought together experts from the automobile industry, the agri-food sector and strategic consulting who know this mechanism well.

Isabel Benito, partner in charge of European Funds at the consulting firm PwC, highlights that the PERTE "are a new figure that did not exist in Spain or Europe" with all that this implies when establishing a management model in the process application and subsequent follow-up. Benito believes that this initiative "can be truly transformative because it is based on the real needs of companies, has a tractor effect on the value chain of the sectors involved and favors both national and foreign investment."

Alfonso Sancha, executive vice president of purchases at Seat and responsible for Future: Fast Forward -the company's electrification project-, emphasizes that this initiative is "particularly showing the large multinationals that are active in Spain, the seriousness of the Government and his decision to bet on the industry”. One of the PERTE whose execution is more advanced is that of the electric and connected vehicle, in which Seat and the Volkswagen Group, to which the Spanish company belongs, participate. Sancha points out that with the existence of this aid model "we have managed to attract investments to Spain that, obviously, could have gone to any other part of Europe".

Among the effects of the PERTE, Jaume Prat, director of the e-mobility business unit of Ficosa Internacional, points out that they will generate a process of "reindustrialization and also an increase in localization in the country". Prat points out that this model will have implications "not only in a greater capacity to retain the most qualified professionals, but also that we will be forced to generate more talent and attract it from other countries."

But there is life beyond PERTE. This is how Marta Angerri, director of European financing at Ametller Origen, sees it, recalling that "many other public calls are being organized that provide opportunities for companies". The executive of the food company believes that "often we are left only with the photo of the PERTE, but there are more mechanisms and I think it is worth highlighting."

The participants in the session agreed to highlight the importance of the PERTE as a symbol of the recovery process of industrial activity in Spain. "In the last 20 years, the industry has really been the Cinderella of the Spanish economy," says Sancha. The Seat manager recalls that this behavior has taken its toll on the quality of work in Spain, since "the industry provides many quality and stable jobs." Sancha regrets that in recent decades "every plant in the automobile sector that was closed in our country was never reopened."

For his part, Prat celebrates that "we have come out of a stagnation and that there is now a commitment to the industry". However, the manager of the automotive sector recalls that "we are not alone in the world and we live in a very complex context in which we have to work very hard to be competitive".

Marta Angerri is committed to promoting the values ​​of the industrial sector such as the generation of jobs with greater added value and "a vision of the company that is necessarily medium-long term" which links very well with the philosophy of strategic projects.

One of the general criticisms of the PERTE has to do with the scarce and sometimes null role of training in these initiatives. The PwC consultant describes it as "a very complicated challenge because in the end we have, on the one hand, education, which is in their world, and, on the other hand, companies that are in a different one." Benito claims Dual Vocational Training as the best way "to achieve more immediate results".

Sancha highlights the value that dual training has for her company, and also recalls "that it's not just about young people, we also have to work with the people we already have on board and who have to transform themselves". The director of Seat considers that "the PERTE could have been more ambitious at this point".

Marta Angerri joins this idea: "it was time to link the educational and business aspects that have been too disconnected for a long time." The directive of Ametller Origen explains that "right now we already need professionals to carry out tasks for which there is no training".

Sancha assures that "European regulations impose a very defined framework", and considers that the Administration cannot be held responsible for all the delays and the slowness of some processes. The Volkswagen Group executive believes that "companies have to be self-critical and work in parallel with more agility". In this sense, Prat also mentions this lack of flexibility and hopes that "it can be corrected for future calls."

Another point of coincidence is the difficulties of the public sector in being able to manage such an important volume of aid. Angerri sums it up by assuring that "the public administration is not prepared to spend." Added to that lack of custom and demanding schedules is the context in which we live. Benito wonders: "How do you execute important projects in such a short time in this environment of runaway inflation, scarcity of raw materials and broken supply chains?"

Angerri, whose company is prepared to participate in the agri-food PERTE, assures that "our Agroparc project is committed to making it possible for a sector such as the agri-food sector, which is one of the most polluting, to become much less polluting or even not at all". Participating in the PERTE process forces companies to change some of their strategies. One of the aspects that those involved in processes highlight as most positive has to do with the fact that large corporations must collaborate and integrate SMEs into their projects and that, in general, alliances and collaboration with companies from other sectors.

Isabel Benito clarifies that for consulting companies, the management of PERTE "is forcing us to train people and complement teams with very specific knowledge in certain areas". The PwC executive highlights that "these are much more complex projects than the aid that is usually granted".

Despite the fact that everything can always be improved, the participants in the session highlighted the opportunity that PERTEs represent for the Spanish economy. Alfonso Sancha affirms that “my colleagues from other European countries would like to have a mechanism like the one we have here”. For this manager there is no doubt that it is "the best structured aid program of all those in Europe".

Isabel Benito envisions a future in which "many calls for both PERTE and other grants" will appear. The PwC directive ensures that “I encourage companies to continue working because in the future “relevant opportunities will arise”.