Among the many pending debts of Barcelona with its own history there are a couple that, in my opinion, stand out above the rest. 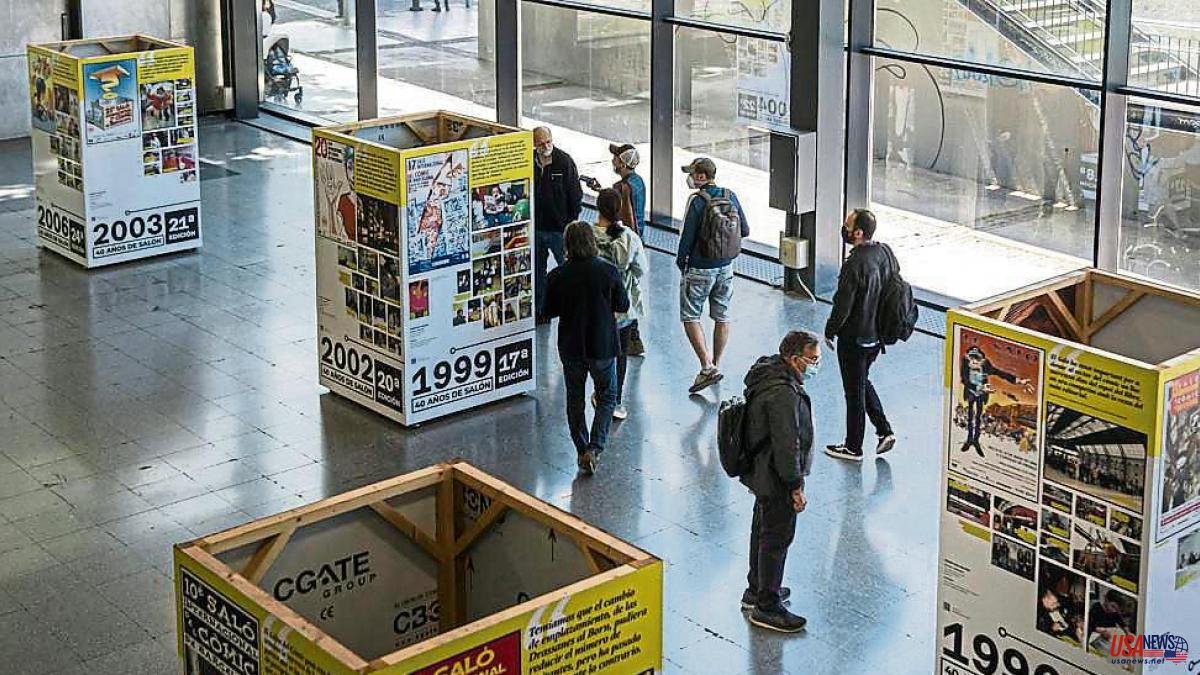 Among the many pending debts of Barcelona with its own history there are a couple that, in my opinion, stand out above the rest. Or it could be, I confess, that they matter to me more than others... One would be the old relationship of the city with publishing and the world of books. Undeniable publishing capital, present, as is known, in Don Quixote, Barcelona lacks a museum dedicated to what is one of its most evident essences, but today we will not insist on a subject that, due to its obviousness, has been sleeping for too long in the relative oblivion, so we better focus on another clamorous lack of our city, which is related to the book but is something else. And it is that, despite the fact that an ad hoc rehabilitated building was even proposed and refurbished in Badalona, ​​with the participation of the Generalitat if I am not mistaken, the idea of ​​creating a Museu del Còmic i la Il lustració has been dragging on for years looking for financing and definitive establishment.

We have a Saló del Còmic that has just been held and that every year is a success endorsed by its fair cousin, the Saló del Manga. And the legion of illustrators, cartoonists and cartoonists who have populated this city is immense and full of names that are a reference in very different times. And there are also funds from collectors willing to contribute to a future museum that never materializes.

In 2010 an agreement was signed between the Generalitat and the Badalona City Council so that the building of the Auxiliary Company for Commerce and Industry (CACI) ended up housing a Museu del Còmic that was never carried out. In the end, the Consistory lost patience and allocated the old rehabilitated factory to other uses, linked to the Universitat Politècnica de Catalunya. So back to the starting point and now it's time to claim money from the Ministry of Culture and whoever is needed. By the way, in the current meantime, Miquel Iceta has acquired the Lafuente Archive for his ministry, but that would also be another topic and would give for another article. In any case, Catalonia has been prolific in satirical, children's and humor magazines. And the list of illustrious names ranges from Opisso or Apel les Mestres to the great Paco Ibáñez –let's see if the Princess of Asturias falls for him at once– without forgetting Tísner, Carme Solé, Pilarín Bayés, Roser Capdevila, Mercè Llimona, Escobar, Mariscal, Nazario, Perich, Cesc, Montesol, Enric Sió and many, many others.

Come on, there is plenty of material and reasons for something that is also, sorry to say the obvious, visual culture and that would undoubtedly attract an audience. There was another attempt –one more ultimately frustrated– to set up a museum in Montjuïc castle, where, for example, the collection of Apel·les Mestres would have found a place, but it has not come to fruition either, although there is an association that is at the awaiting physical location and, again, public budget.

A theme that flies over is that of the Catalan nature of a museum that, although it can count on the collections of Cavall Fort or Tretzevents, without a doubt should also house those of the emblematic and historical TBO and all those of the Bruguera publishing house and adlateres, from Tom Thumb to emancipation attempt of some cartoonists that was Tío Vivo. And without neglecting from underground comics to the old Feats of War. Accepting Captain Thunder or Jabato as Catalan culture, despite Víctor Mora and his undeniable paternity in it, continues to be an issue, I don't know if it is controversial, but at least uncomfortable. We already know that, more recently, there is a part of our society that prefers not to accept or acknowledge its past.

In short, what material, scattered and not always well preserved, there is more than enough to make a great comic and illustration center that should be accompanied by a specialized library and even a dissemination and research center. There is an opportunity for Barcelona to be the great capital of Catalan, Spanish and even Latin American comics. And we would compete with Brussels in order of importance as a city of comics and vignettes.

At the moment, two private collectors, Paco Baena and José Luis Villanueva, have created their own museum in a 19th century building in the heart of Sant Cugat, so you have to leave Barcelona to see what is currently the most significant permanent exhibition in Catalonia . After the pandemic, it is time to visit this not-so-modest museum that is well worth a short excursion on the Ferrocarrils de la Generalitat. The most educated can combine a visit to the museum with a tour of the Romanesque cloister, which is also worthwhile. But it is not so much about promoting Sant Cugat as it is about remembering, even if it is crying out in the desert, that there is an opportunity and even a need to create a great museum and that the logical and desirable thing would be for it to be in Barcelona, ​​perhaps in that mountain that is already largely museumised, which is Montjuïc. Although the least important thing is where, because the important thing is that it be done and, if possible, that those of us from the generations who exchanged comics for a peseta in neighborhood stores get to see it.