The Government will allocate 3,500 million euros from the European Social Fund to promote youth employment

The second vice president and Minister of Labour, Yolanda Díaz, announced this Wednesday that the Government of Spain will have 3,500 million euros to develop policies to promote youth employment between 2023 and 2027. 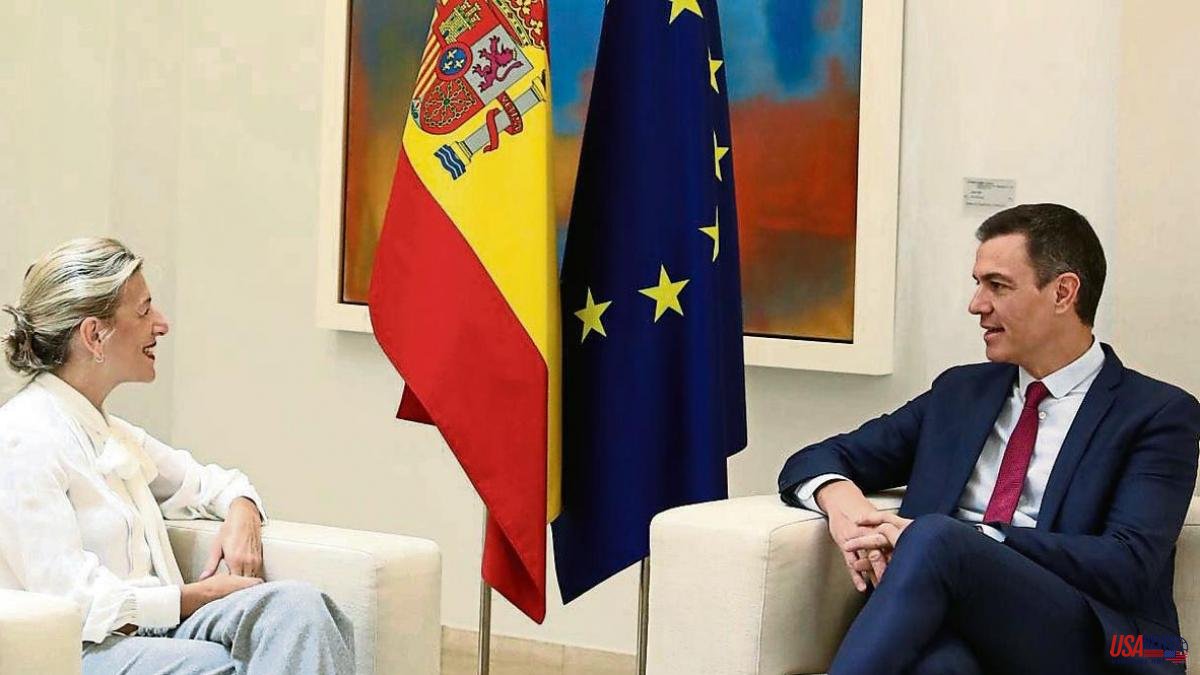 The second vice president and Minister of Labour, Yolanda Díaz, announced this Wednesday that the Government of Spain will have 3,500 million euros to develop policies to promote youth employment between 2023 and 2027.

"It is an agreement that we have reached with the European Union and that will have to be deployed regardless of who is in the Government," Yolanda Díaz assured during an appearance with the press to take stock of a year of the labor reform.

“In one year we have changed the paradigm of the labor market. After 52 labor reforms that did not serve to give more protection to workers, we now have a text that, I dare say, is an international reference. It is not true that you have to choose between unemployment and precariousness”, Díaz assured.

A success that the vice-president wanted to concentrate, with special relevance, on the evolution of temporality. “Despite what they had told us for years, it is possible to change the historical anomaly of this country. In just one year we have achieved that one of every two contracts is indefinite”.

According to the data provided by Trabajo, since April 1, 44% of the contracts formed were permanent, that is "five times more than the historical series" and contrasts with the 11% that they represented just a year ago.

In this sense, and in view of the continuous criticism of the accuracy of the data of the discontinuous permanent contracts, which could be distorting reality. Díaz has pointed out that in the total of the Spanish economy the percentage of discontinuous fixed is not very high. "They do not exceed 300,000," he assured.

But the Minister of Labor has gone beyond the specific figure "You cannot play with the credibility of the institutions" she has assured in reference to the criticisms made by the leader of the Popular Party, Alberto Feijó, and by the conservative think tank Fedea .

“Doing trumpism is not healthy. I want to remind you that what Sepe does is collect the data that the autonomous communities transmit to it. Are they telling me that Madrid or Galicia are accounting wrong? he has warned.

Regarding the issues in the ministry's portfolio, Díaz has avoided giving a starting figure with which the Government will present itself in January to the negotiation of the SMI, now located at 1,000 euros. What he has remembered is that it will have retroactive effects from January 1.