The Government demands to renew the CGPJ to the PP, which asks Sánchez to change its two magistrates to the TC

After the agreement of the General Council of the Judiciary (CGPJ) to designate the magistrates María Luisa Segoviano and César Tolosa to occupy their respective positions for the Constitutional Court, the political battle derived from the crisis of justice does not cease. 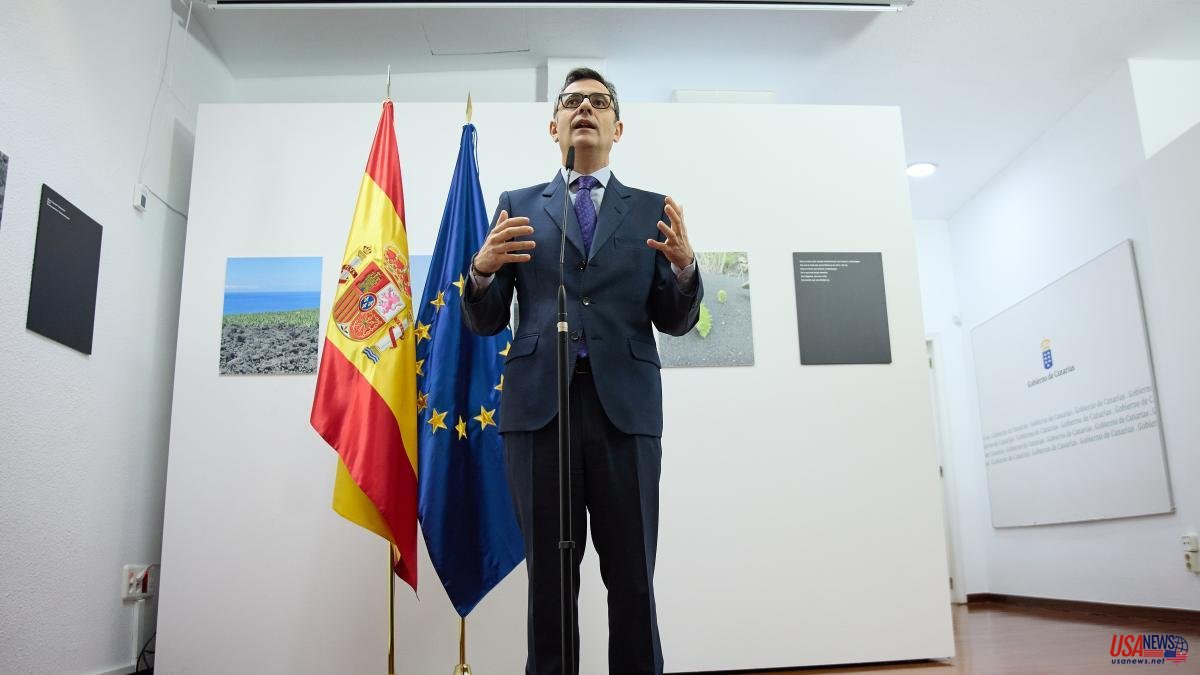 After the agreement of the General Council of the Judiciary (CGPJ) to designate the magistrates María Luisa Segoviano and César Tolosa to occupy their respective positions for the Constitutional Court, the political battle derived from the crisis of justice does not cease. While the Government once again demands that the PP have a sense of State to renew the governing body of judges, which has had its mandate expired for more than four years, the main opposition party finds it "very difficult" to sit down and negotiate with the Executive the renewal of the Council while "it continues to be a moral slave of the independentistas and Bildu" and calls on Pedro Sánchez to now withdraw the two magistrates he has appointed for the TC -Juan Carlos Campo and Laura Díez- and propose two more that are independent.

The discrepancies between the Government and the PP also refer to the story about the agreement within the CGPJ. For those of Alberto Núñez Feijóo, the Executive came out "sheared" after trying to "impose candidates", alluding to the initial candidate of the progressive members Juan Manuel Bandrés, who the popular saw as related to the Executive and who was finally relegated. However, for the Government it is the PP that has taken the agreement "with the wrong foot" after "months starring in a blockade."

Meanwhile, the groups that support the Executive are considering what to do with the bill to change the majority system of the CGPJ to designate the members of the TC after the court itself paralyzed the initiative that was being processed via amendments to the reform of the Penal Code in the Senate.

The Executive understands that the idea of ​​promoting this bill has facilitated the renewal and they consider that now it is no longer urgent as the renewal of the TC has been unblocked. From the purple part of the Government, however, it is pointed out that the crisis is far from over and they try to convince the PSOE that it is necessary to focus on the origin of the problem, which is the system of election of the members of the Judiciary.

The institutional deputy secretary of the PP, Esteban González Pons, in an interview on Onda Cero, has asked Sánchez to now withdraw the two magistrates he has appointed for the TC and propose two more that are independent, alluding to Juan Carlos Campo, former minister of Justice and Laura Díez, former director general of the Presidency, noting that both "are members of the same Government that appoints them and of the same Government that they are going to judge from the TC".

For González Pons, the election of Segoviano and Tolosa by the CGPJ has been an "example" that the Government should now follow by withdrawing the two members that it has "imposed" for the TC and presenting two candidates with the same level of independence .

However, the Minister of the Presidency, Félix Bolaños, has considered this request of the PP "little less than innocent" and has warned the leader of the popular, Alberto Núñez Feijóo, that he will have "zero credibility" until he complies with the Constitution, abandon the "tricks" and sign the agreement that you have already made with the Executive to renew the Council. In statements at the headquarters of the Government of the Canary Islands in Madrid, Bolaños stressed that the PP has remained "the only one that violates the Constitution in Spain."

Hours earlier, the First Vice President of the Government, Nadia Calviño, on TVE, had insisted on the same demand and asked the PP for "State responsibility" to unblock the renewal of the Judiciary and follow the example of the progressive members of this body to enable that of the TC, which accepted the proposal of the conservatives by surprise. "It should not be so difficult to find suitable people with a conservative orientation in the judicial sphere to be able to renew the CGPJ, but for some reason the PP has settled in the blockade, in confrontation, criticism and noise," Calviño insisted.

The PP's response was already given by González Pons: "As long as Sánchez continues to be a moral slave of the independentistas and Bildu, it is very difficult for us to sit down to collaborate with the dismantling of the Judiciary and the rule of law," he argued, notifying the head of the Executive that you cannot negotiate at the same time "with those who are with the Constitution and with those who want to overthrow it." "If you are with ERC, you cannot be with the PP," he stressed.

For her part, the Minister of Finance and Public Function, María Jesús Montero, has declared on Telecinco that the CGPJ agreement represents an "important unblocking of a body as protagonist in the lives of citizens as is the TC". "Some were caught with the wrong foot because they have been leading a blockade for months so that a renewal of organs that has to do with the democratic majority does not take place," she added.

In this regard, González Pons has indicated that the CGPJ is an independent body that "since June has resisted the Government appointing magistrates related to the remote control of Sánchez and the theses of ERC" for the TC. "Yesterday he finally opted for two professional, independent magistrates, not linked to the discipline of any party, one of those of whom the whole world can feel proud," he extolled.

Likewise, he has opined that it is Sánchez who is "shorn" after indicating that "the members who are now called progressives, seeing that they were going to be defeated because there had been a change of vote in one of the members of their group, decided to join so as not to be losers." For this reason, he has reiterated that "what there has been is resistance for six months from a group of members of the Council to the Government being able to appoint whoever it wants through the Constitutional Council".

Finally, the Minister for Social Rights and the 2030 Agenda and leader of Podemos, Ione Belarra, has valued the progress towards normalization but has considered that the crisis in the Judiciary and the Constitutional Court is "far from being resolved". In La Ser, Belarra has stressed that "the original sin" is the non-renewal of the CGPJ that "the PP has been kidnapping for four years."

When asked if he believes that the Government should continue promoting the bill to change the majority system, Belarra has opted to "focus" on the origin of the problem and has revealed that he has spent several days trying to explain to the PSOE that "it fundamental" is that the system of renewal of the Judiciary system is made to measure for bipartisanship and Spain today has "a multi-party reality", which, in his opinion, is allowing the PP, in a minority, to block the renewal of the government of the judges.