The International Fantastic Film Festival of Catalonia has everything ready to welcome its 55th edition that will screen nearly 200 films that can be seen in the Auditori, Prado, Retiro, Tramuntana and Escorxador rooms. 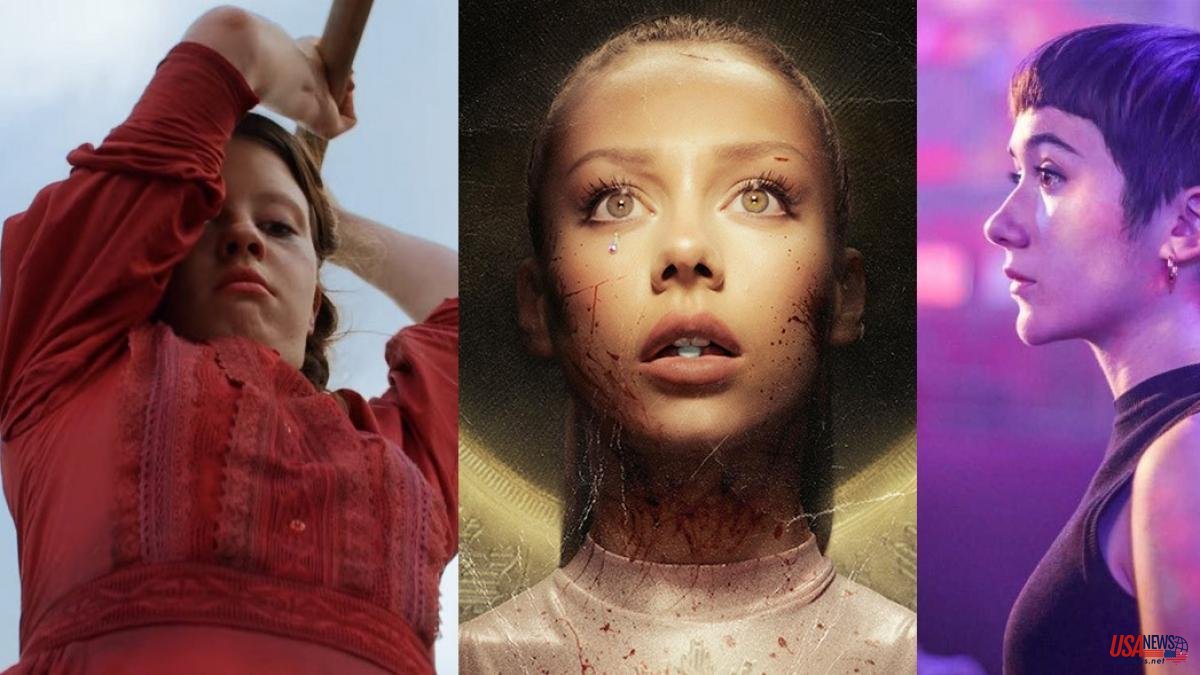 The International Fantastic Film Festival of Catalonia has everything ready to welcome its 55th edition that will screen nearly 200 films that can be seen in the Auditori, Prado, Retiro, Tramuntana and Escorxador rooms. The contest directed by Ángel Sala will pay tribute this year to the Tron multiverse on its fortieth anniversary and will bring back the long-awaited Zombie Walk, with the presence of French director Michel Hazanavicius, who will also fill Sitges with the undead with Coupez! remake of the Japanese One Cut of the Dead, a great sensation at the festival in 2018. From that wide range of proposals offered by the great annual event with fantastic and horror cinema, La Vanguardia has selected a series of essential titles for lovers of the gender.

Jaume Balagueró, a regular at the festival since he stood out with the short film Alicia (1994), will be in charge of raising the curtain this Thursday, October 6 with a story full of violence and blood that is freely inspired by 'The dreams of the house of the witch', one of the stories by the American writer H.P. Lovecraft. In Venus, horror invades the cement corridors of a cursed apartment complex on the outskirts of Madrid. The film had its world premiere at the Toronto Film Festival, within the Midnight Madness section, and features the leading role of an Ester Expósito who is going to have a terrifying time.

Carlota Pereda makes her feature film directing debut with this rural horror and revenge thriller about bullying based on the successful short film of the same name written and directed by the director in 2018 and awarded the Goya and Forqué for best fiction short film. Little Pig has already made an impact at the Sundance festival and returns to the fray in Sitges again with Laura Galán, the leading actress of the short, to give life to Sara, a young woman with overweight problems who suffers from the insults and harassment of the girls in the village. Until the arrival of a stranger in the pool where Sara is harassed will turn her life upside down.

Ti West, one of the festival's star guests, brings us the prequel to X, released this 2022, again with Mia Goth in the leading role and focused on the origins of a young woman trapped in her family's isolated farm. And it is that Pearl dreams of a glamorous life while she must care for an ailing father under the watchful eye of a devoted mother. Nothing good is coming in this gruesome story sprinkled with liters of blood that promises to be one of the highlights of Sitges.

Four years after Who will sing to you, Carlos Vermut returns behind the camera with Manticore, a psychological thriller that delves into the darkest corners of the human psyche through the story of a successful video game designer who lives tormented by a dark secret . The arrival of Diana in her life will make Julián feel close to the opportunity to be happy. Will he be able to achieve his goal?

The Mexican Isaac Ezban enters the horror genre for the first time with a proposal that mixes witchcraft and childhood in the skin of a 13-year-old girl who travels with her family from the city to her grandmother's house in the countryside, to try to find a cure for his little sister's mysterious illness.

Lee Jung-jae, the protagonist of the phenomenon series The Squid Game, launches into directing with a spy thriller set in 1980s South Korea. The film, which is participating in the Órbita section, was screened in the official section of Cannes out of competition.

Spanish director Alberto Vázquez offers us an anti-war fable with this animated story for adults filmed in pastel tones around the battle between the bear army and the unicorns that reflects on the origin of evil. The film was warmly received at its screening at the Annecy Festival.

Rodrigo Sorogoyen's rural thriller, which will hit commercial theaters on November 11, made an impact at Cannes, at the San Sebastián festival, where it won the audience award for best European film, and now it hopes to do the same in Sitges with an uncomfortable and terrifying story that makes one squirm in the seat with a tension that rises in tone in each scene. The cast is led by a masterful Luis Zahera.

The British Peter Strickland competes in the official section with this drama not without humorous ingredients that introduces us to a group that is involved in power struggles, artistic revenge and gastrointestinal disorders in an institute dedicated to culinary and food entertainment. Assa Butterfield and Gwendoline Christie star in this bizarre journey through Strickland's quirky universe that is Flux gourmet.

American Justin Benson invites us to an entertaining sci-fi horror comedy about neighbors who witness supernatural events in their Los Angeles apartment building. Documenting these paranormal situations could inject some fame and fortune into their wasted lives, but their friendship frays as they discover the dangers of the phenomenon.

The king of Italian giallo, Dario Argento, who will be honored with the Golden Honorary Award, returns to directing ten years after the vampiric Dracula 3D, alongside his daughter Asia in a brutal story that follows Diana, a young woman who lost sight and finds a guide in a young Chinese boy named Chin. Together they will try to kill a dangerous serial killer through the darkest areas of Italy.

The Frenchman Quentin Dupieux, creator of a filmography where absurd humor reigns and much loved at the Sitges festival, comes to the event with two films in competition. Incredible But True is an offbeat comedy about a married couple and the mysterious basement of their new home, and Fumer fait tousser is a superhero movie satire with demonic turtles.