The favorites forget the epic Mortirolo and Santa Cristina

They are the three tenors of the Giro. 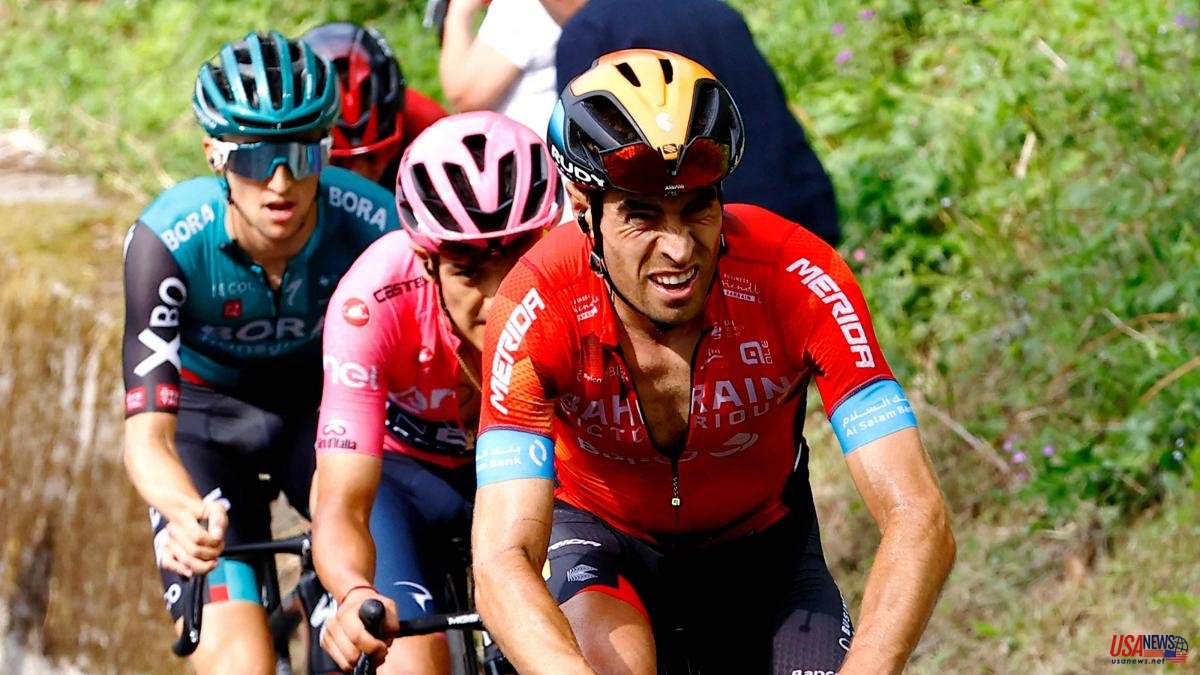 They are the three tenors of the Giro. They are the strongest when the race really gets steep. They are the best on the mountain. When Landa finally accelerated in the Valico de Santa Cristina in the only serious attack (grabbed from under the handlebars) of what had to be the most legendary stage of this edition, he stayed with Carapaz, the leader from Turin, and Hindley , the second, the winner of the Blockhaus. They are the three musketeers. But the characters of Alexandre Dumas are not understood without the boy who wants to be like them, who does not detach himself from them in his adventures. And that is João Almeida, who lowers himself but does not lose sight of them. The one they let go but the one they can't give away. The one they always have with the rope around their neck but the one they can't rule out.

Not even in a day of 202 kilometers, with four hard climbs (Teglio not scoring) and with Mortirolo in the middle, could they distance the Portuguese, less climber and better roller than them. The one from the UAE stayed in the final part of the Valico de Santa Cristina but as it happened in the Blockhaus they forgave him. They only took a handful of seconds out of him, exactly 14. "Today I have to defend myself. I am prepared for everything”, said Almeida at the start. So it was. The Portuguese was left alone but did not hand over the towel. He suffered and remains in the pomade, third, in podium position.

The equality between the three climbers is great but beware because Almeida, the opposite of the show, always making the rubber, has the final time trial to cut back on lost time. So far less than a minute.

The cyclists forgot about the epic. The favorites look more at what remains until Verona than what they have in front of their eyes, the ramp they are going through. They get scared thinking about the concatenation of efforts. Of the last six days there is only one quiet stage, that of Thursday. And that seems to weigh more than the opportunity to give the big hit, to pay tribute to Pantani, to do like Pogacar and put on a show. Carpe diem, said the ancients. The current ones don't. Those of now run with the calculator. They put things on a scale and let the days go by. A day saved, they think. The road accompanied, the runners did not take advantage of the hardness.

“There is Giro left”, predicts Landa. “Wednesday's is a similar finish to today's (with Vetriolo and the extremely tough Monte Rovere chained together). It will be noticed", says the man from Alava. "In the last climb it has been seen that we are the three strongest", confirms the pink jersey, over Hindley and Landa. "This Giro is quite close. It is important that Almeida has lost important seconds”, valued the Ecuadorian.

There were a couple of big fight feints. Nibali's Astana toughened the final part of Mortirolo – which climbed Edolo, the less wild slope – where the fans crowded, hoping that their legend would encourage one of the favorites. "Grazie di tutto," read a banner of thanks. But the battle did not appear.

Later, in the Valico de Santa Cristina, where Indurain's slut, Landa started throwing Bahrain. Not surprisingly, the Basque already won in Aprica, the cradle of landism, in 2015. They hurt Buitrago and Poels but a hitch between the two Basques on the team ended with Pello Bilbao on the ground and Landa with one foot on the ground. That postponed the offensive until very late, which favored Almeida's defense.

Only Alejandro Valverde, at 42 years old, sought glory from afar. The Murcian was 14 in June 1994 when the Pantani explosion, the persecution of Indurain and the recovery of Berzin. He remembers perfectly. And, for the first time in the Giro, he went for the stage victory.

The getaway was filled with cyclists who arrived at the exit from Budapest with aspirations of greatness and whom the road has put in their place, far from pink. There was Simon Yates, who already has two stages, Ciccone, the winner in Cogne, Kelderman, Arensman, Carthy and Guillaume Martin. All of them came wanting to fight for the general and have been forced to seek partial victories. At his side was Valverde (Movistar), who although he could not stand with Hirt, the winner of the Intermarché, and Arensman, second at the finish line, he was able to enter with the trinity of the Giro mountain and is already in the top-10, to the detriment of Juanpe López, who lost another seven minutes.