The ECB rate hike catapults the Euribor to 2%, maximum in 11 years

The one-year Euribor, the indicator that reflects the interest rate at which banks lend to each other, reached 2. 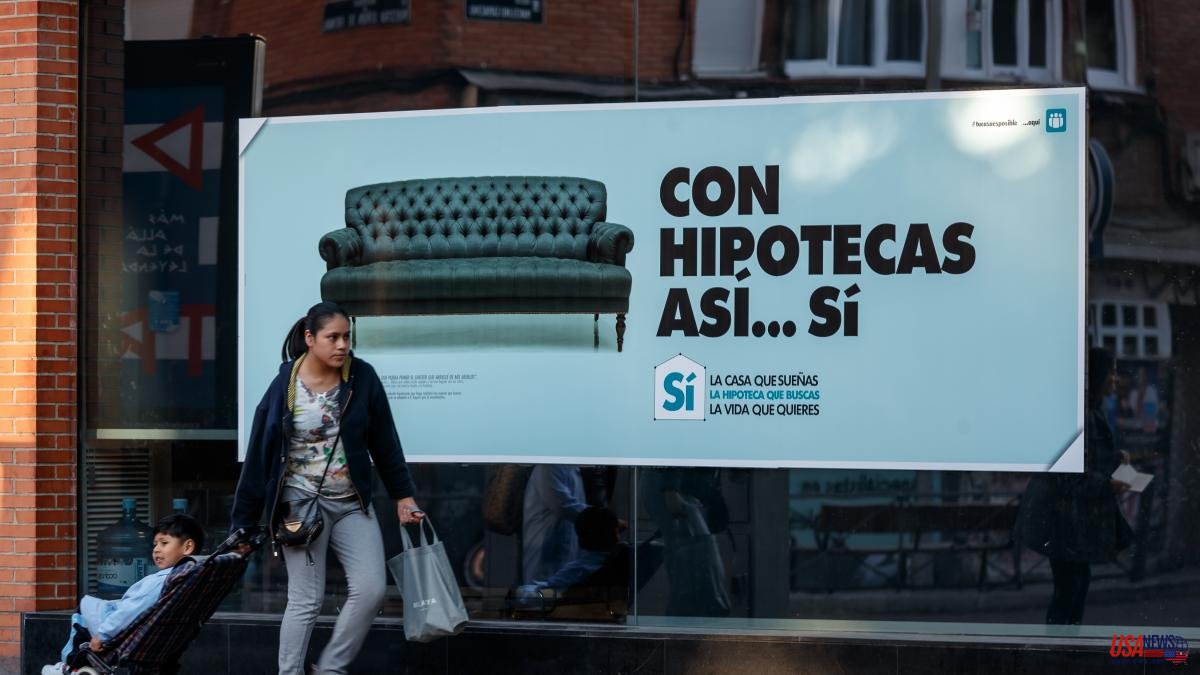 The one-year Euribor, the indicator that reflects the interest rate at which banks lend to each other, reached 2.015% yesterday, one day after the European Central Bank (ECB) raised interest rates by 75 points in the eurozone, up to 1.25%. This is the first time that this index has exceeded 2% for eleven years, in 2011. The Euribor, which closed August with an average of 1.25%, is used as a reference in many loans with variable interest rates , like mortgages, so this increase, if it consolidates, will lead to a much higher average monthly level in September that will trigger the financial costs of families and companies.

As a consequence of the longest expansionary period in the history of the ECB, the Euribor was negative for six years, a period that ended in 2021 and in which the indebted enjoyed very cheap financing. Last December it still closed at a low, at -0.5%, but shortly after it began to recover positions as soon as the Federal Reserve and, immediately, the ECB began the normalization of monetary policy due to inflation. Russia's invasion of Ukraine caused an energy shock that accelerated this process. In the case of the ECB, rates have already gone from 0% in July to 1.25% on Thursday.

The historical increase of 0.75% in all the reference rates of the ECB and its declaration of adding new hikes in the coming months are stressing the debt markets. And, in the case of the Euribor, anticipating the rise in the price of money. However, despite the strong rise, the Euribor is still far from its historical averages and maximums, such as 5.4% at the end of 2008.

Now, yes, the anomaly of negative or very low rates is beginning to be left behind. And the bank celebrates it. In the last two days, financial institutions have soared on the stock market due to the rise in rates and the confirmed prospects of new similar movements. The Euroxtoxx Banks, the index of the main banks in the eurozone, rose 6.5% since Wednesday. On the Ibex, all banks flew in the last two sessions, led by Bankinter (11%) and followed by CaixaBank and Banc Sabadell (10%), BBVA (8%) and Santander (6%). The rise in rates makes it possible to recover financial margins by boosting the return on the asset –loans with variable interest rates– without raising costs.

Along with the above, although with more moderate ups and downs, the ECB's action on Thursday has also shaken the currency market. The euro, which had sunk below parity for a few days – and which reached a minimum of 0.9864 dollars on Wednesday – recovered ground between Thursday and yesterday. After touching $1.0112, he retraced his steps. And that the Fed's messages for its meeting on September 21 and 22 predict a new sharp rise in rates in the United States and that limits the course of the euro.