The discards, the pending subject of Barça

They did not travel to Australia, to the friendly in Sydney, in May, nor to the United States, to the tour in July. 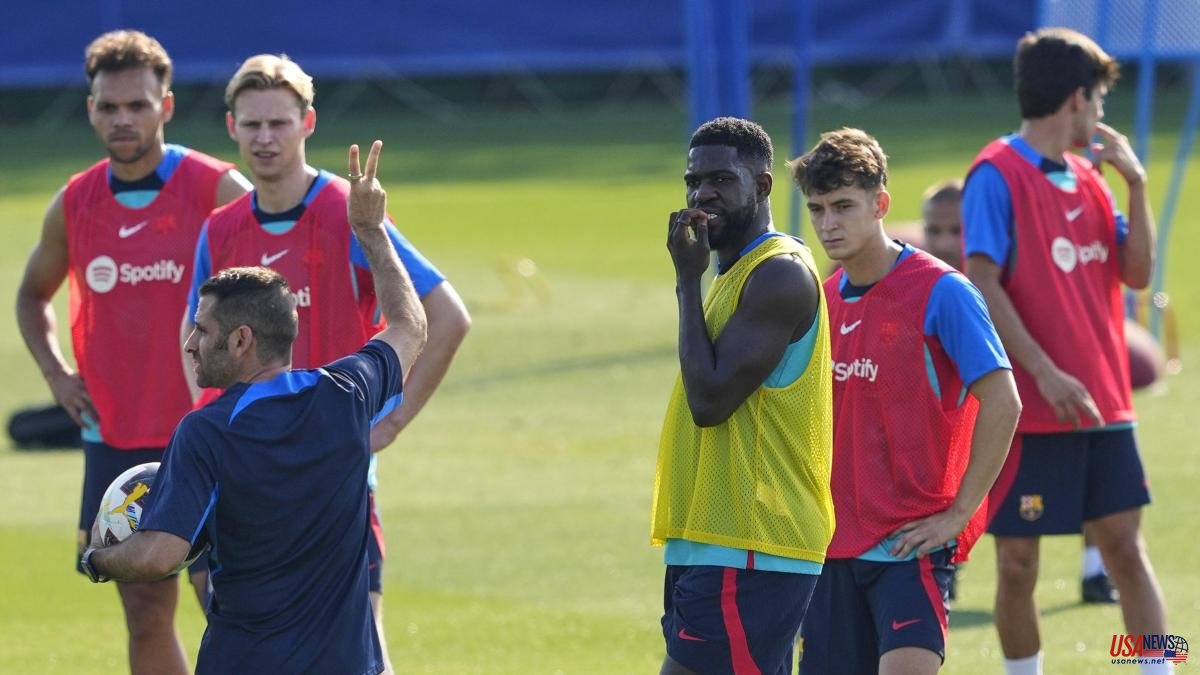 They did not travel to Australia, to the friendly in Sydney, in May, nor to the United States, to the tour in July. They weren't with the group in the postseason or this preseason. However, Neto, Umtiti and Braithwaite continue to postpone their future in search of the most advantageous conditions. For his part, Riqui Puig has already packed his bags. Barcelona has managed to raise its level with five priorities and continues to work on reinforcing the sides. But the pending issue is to release the footballers who are not counted on and who have known for months.

At the moment, the club has sold Coutinho (20 million), Mingueza has been released –transferred to Celta–, Trincão –on loan to Sporting with a purchase option– and Lenglet, who will play a loan course at Tottenham.

The medium no longer exercised yesterday because his departure is imminent. Not to a historical of Europe but to the MLS. Valverde, Setién, Koeman and Xavi. Four coaches have been inside the first team and he has only played 15 games as a starter, none in the Champions League. Pedri, Gavi or Nico have overtaken him in midfield. The one from Matadepera, seen by some as the quintessence of the Masia, has a very marked profile and does not even see himself fighting for ownership in another team in the League, such as Mingueza. He has chosen to head to Los Angeles, and his transfer to the Galaxy will be closed in the next few hours because the registration period for the US tournament ends today, an unusual destination for a 23-year-old European.

The Brazilian has a salary that is unthinkable and even illogical for a substitute goalkeeper. He has been an expendable luxury the last three seasons, in which he has barely played 21 games. The club prefers that his place be occupied by a youth squad like Iñaki Peña. Napoli and Celta were interested in his situation and looked for other options. Bournemouth, who went up to the Premier with Travers under the sticks, was the last to ask.

World champion four summers ago in Russia, the Frenchman has switched off for elite football. Afterwards, he has barely played 50 games with Barça due to a chronic injury to his left knee that he did not want to have an operation on. Last season he only played 90 minutes. Hence the reluctance of any club to hire him despite his age (28). Olympique de Lyon has brought back former players like Lacazette and Tolisso, but not the Barça defender. A Greek Olympiacos in low hours and that will not play in the Champions League could be his destiny. He has a contract until 2026 because he renewed to enable the registration of players in January (good gesture), but now it is urgent to dispense with his record.

The disappointment with Martin Braithwaite is capitalized within the club, which has told him that if he stays, the stands await him. The Dane is three and a half months away from the World Cup, but it seems that his sporting future is what interests him the least. His priority is to collect the two years he has left at Barça, who paid 18 million for him. Former of Leganés, Middlesbrough, Girondins and Toulouse, at 31 years old, the takeoff of his career has not been at the Camp Nou.

Quite the opposite of Braithwaite: he knows that he will not be short of top offers (he has played for PSV, United and Lyon) and his presence at the World Cup in Qatar with Van Gaal is assured. He has the upper hand because he came for free and he only has one more year on his contract. Up front (with Lewandowski, Raphinha and Dembélé re-signed) he doesn't fit, and the club needs his number 9. Of course, he wants the freedom letter to choose his new destination well, arrive for free... and sign a bonus.

The Bosnian has not been able to feel important at Barça, dismissed by Koeman and later loaned to Besiktas. He has only played 74 minutes on tour, but he is a footballer who adapts to Xavi's style. He knows this is his last chance and he hangs on. His salary – high after the exchange for Arthur – makes it impossible to transfer it. It must be another assignment.