On January 9, the period to participate in the primaries that must order the three lists (Valencia, Alicante and Castellón) with which Compromís will present itself to the regional elections opens. 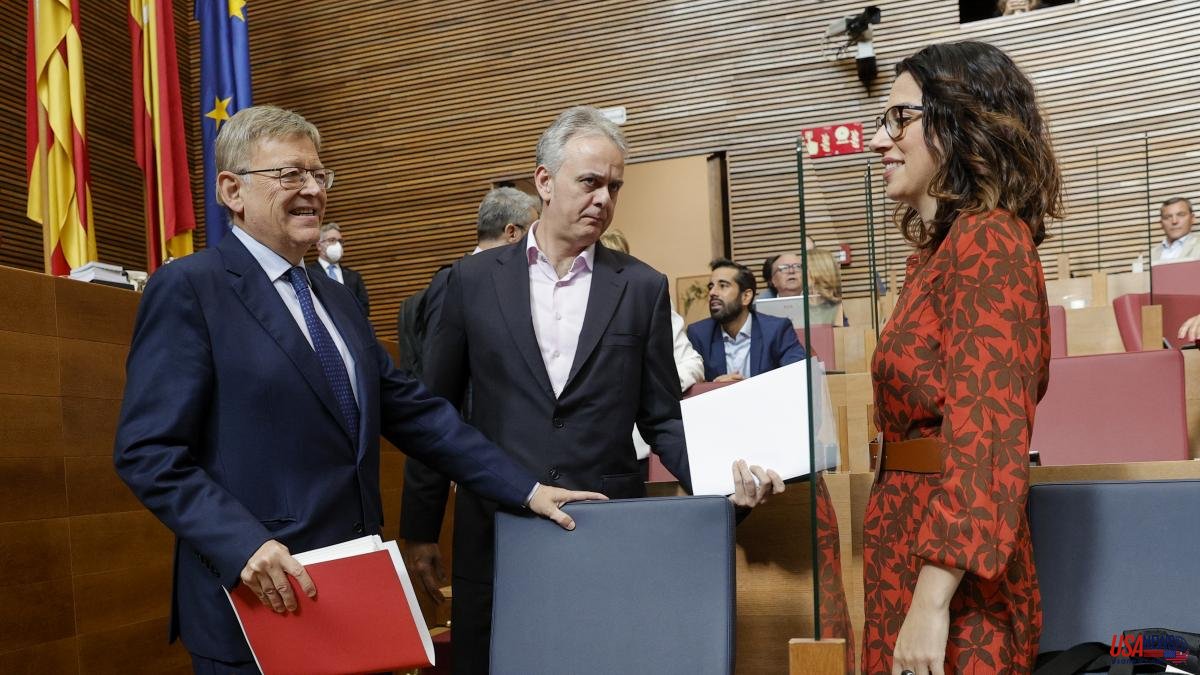 On January 9, the period to participate in the primaries that must order the three lists (Valencia, Alicante and Castellón) with which Compromís will present itself to the regional elections opens. It will be the second party in the parliamentary arc that is clear about its candidates for deputies after Podemos and Esquerra Unida -separately- have already made the results of their internal voting official. The purple ones opted for a total renewal -only one deputy from the current group has options to continue-, while the EU tandem, Rosa Pérez Garijo and Estefanía Blanes, does aspire to continue one more legislature.

Although in the primaries there can always be surprises, in Compromís it seems that another profound renewal is being opted for. And it is that the configuration of the candidacies of the PSPV members point to a change of cycle since many of the deputies will say goodbye to the chamber (if they have not already done so); The three síndics of the Botànic that began the legislature have already left their act of deputies to return to their respective jobs.

This fact, together with the fact that leaders of the autonomous government (whose reissue is in doubt) have announced their participation in the primaries of the Valencian coalition, reinforce the idea of ​​a change of cycle. Both the regional secretary of the Treasury, Francesc Gamero, and the general director of Commerce and Consumption, Rosana Seguí, or the resigned regional secretary of Agriculture, Paula Tuzón, want their name to be on the ballot, although only the former seems to have real options. to achieve your goal.

Unides Podem has changed its candidate for the Generalitat Valenciana (it will be the second vice president of the Consell, Héctor Illueca) and that is how it will make Compromís that will present its deputy in Congress, Joan Baldoví. The coalition believes that the national parliamentarian media can help them contain an alleged electoral weakness after the departure of Mónica Oltra.

Until a few months ago, the all-powerful leader will not repeat on the lists, nor will the former trustee of the last two legislatures, Fran Ferri, nor the current spokesperson, Papi Robles, who is going over to municipal politics. Nor will the visible head of Els Verds continue in the Valencian Parliament, Juan Ponce, who leaves it after 12 years.

Thus, everything indicates that the top positions on the list for Valencia will be occupied by new faces (although with a track record in other institutions).

If the Compromís primaries were quoted in the betting houses, the one that would give the least profit (because it is the great favourite) would be María Josep Amigó, current vice president of the Diputación and strong woman of Més Compromís (the largest party in the coalition). Amigó will have to fight for second place with Rosana Seguí - from the critical part with the direction of Més - and with Paula Tuzón, from Iniciativa.

The candidacy of the latter is not a bet of Oltra's party; In fact, Tuzón resigned after the dismissal of Mireia Mollà, which will make it difficult for him to reach his goal without the support of his people. The names that the Initiative is considering to accompany Baldoví and Amigó are those of the Deputy Ombudsman Carles Esteve and the Minister of Agriculture, Isaura Navarro.

Navarro would return to Les Corts Valencianes as well as his partner in Government, Vice President Aitana Mas who would lead the list for Alicante, in which news is also expected with the entry of Gerard Fullana, spokesperson for the Alicante Provincial Council, and Natxo Bellido, spokesperson in the city Hall.

For Castellón, if there are no surprises, I would repeat as headliner Vicent Marzà, who anticipated this change in cycle and left the Government less than a year ago to take refuge in the parliamentary group.