The performing arts, music and cinema increased their activity by 40% in 2021 and both their audience and their collection by 50% compared to the 2020 pandemic hit. 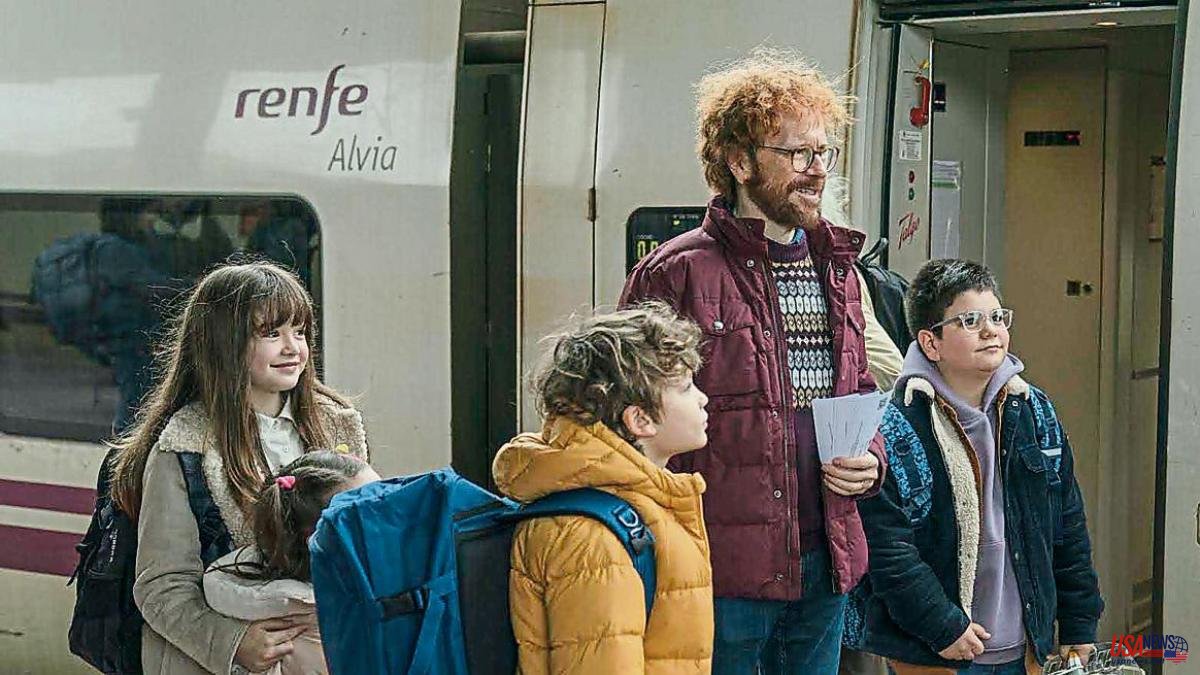 The performing arts, music and cinema increased their activity by 40% in 2021 and both their audience and their collection by 50% compared to the 2020 pandemic hit. But the data, in clear recovery, were still very far from the levels of the 2019. Nothing less than 60% below, according to the SGAE Yearbook for the Performing, Musical and Audiovisual Arts, presented today and which recalls the harshness and restrictions that were experienced just a year ago. A yearbook that shows that after the months of confinement in 2020, which led to an increase in radio and television consumption, it already fell last year. On the other hand, subscriptions to video and music streaming platforms continued to rise and, surprisingly, there was also a strong rise in vinyl sales, which went from 18.4 to 25.4 million euros. A boom, says Rubén Gutiérrez, general director of the SGAE Foundation, which "allows the survival and development of record stores in different towns and neighborhoods."

The public and collection data are repeated for 2021 almost millimeter sector by sector of culture: growth compared to 2020 but still a long way from the pre-pandemic world. Thus, in performing arts, attendance grew by 65.8%, to 5.73 million viewers... still few compared to 14.14 in 2019, the year with respect to which the collection was still 55.2% in 2021 more low. In the theatrical part, Madrid takes the lion's share with 36.3% of viewers and 45.2% of the 95.2 million total revenue. Catalonia accounted for 19.4% of the viewers and 24.1% of the collection for the entire State.

The figures for opera are striking: Catalonia is the leader with 27% of the total number of spectators compared to 26% in Madrid, but in terms of revenue it is the capital of Spain that obtains 42.6% of the total for Spain compared to 28.1 % of Catalonia. In classical music, the improvement of 45% in viewers and 38.8% in revenue in 2021 continues to leave the sector with 69.3% fewer viewers and 64.7% less revenue than in 2019.

Popular music concerts and festivals, which in 2019 had registered an all-time high in revenue of 407 million euros thanks to the boom in festivals, still stood at 154 million in 2021. In recorded music, streaming platforms continued to increase their volume of income and went from 252 to 297 million euros, one of the sectors that benefited from the pandemic, which has further pushed the change in habits: movie and series platforms in streaming continued to gain ground in 2021 and Netflix reached 47.6% of Spanish households compared to 35 a year earlier. Amazon doubled its penetration from 16% to 30%.

The mirror image of the rise of streaming platforms is cinema, which in 2021 increased viewers by 55.4% compared to the pandemic year of 2020 but was still 60.7% below attendance at theaters when compared with 2019. The average attendance at theaters per person is once a year, and only Madrid (1.28) and Catalonia (1.01) exceed the state figure. The Spanish film with the highest grossing in 2021 throughout the State was ¡A todo tren! Destination Asturias, by Santiago Segura, except in the Basque Country, where it was Maixabel, by Icíar Bollaín. Television consumption has fallen sharply from 231 minutes a day to 205 and radio from 94 to 92.

For Gutiérrez, "the fear in the sector was that the covid crisis would be as long as the one we had with the 2008 economic crisis because the effects of such a long crisis are that the cultural fabric is destroyed and it is very difficult to recover. it is time to ring the bells still, we have to see what happens in 2022 and 23 but the feeling is that some fellow travelers having lost the involvement of the public authorities along the way, that even though there were no spectators they maintained their efforts budgets, and of the cultural sector assuming the expenses to comply with the sanitary restrictions, a tremendous collaboration between all the agents to keep activity to a minimum but not entail a loss of the productive fabric, has meant that the structural damages are not so great, being also a crisis of shorter duration". And, he has remarked, this time there has also been citizen support for aid to culture "unlike the previous crisis".