The irremediable countdown begins for the former president of the Junta de Andalucía, José Antonio Griñán, to enter prison. 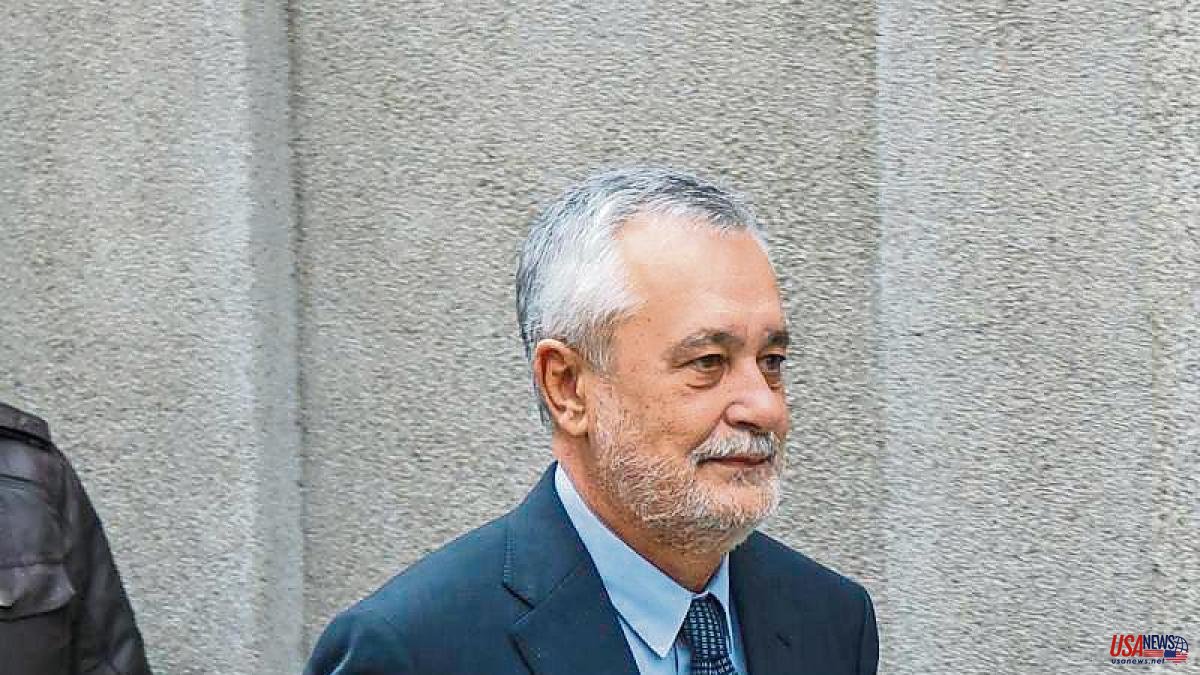 The irremediable countdown begins for the former president of the Junta de Andalucía, José Antonio Griñán, to enter prison. Having exhausted all possible resources to avoid this delicate moment, including the plea before the Provincial Court of Seville that gave him a period of 10 days to voluntarily enter jail, finally the ex-socialist must decide where he prefers to spend his 6-year sentence and two days for the commission of a crime of embezzlement in the framework of the political piece of the ERE.

Along with him, six of his seven colleagues with prison sentences, will also comply with the Supreme Court ruling after the Seville Justice aligned itself with the position of the Anti-Corruption Prosecutor and the private prosecution, exercised by the PP, that defended the execution of the sentence immediately, ignoring the rest of the judicial proceedings pending resolution. Among them, the pardon that each and every one of those sentenced presented to the Government and the nullity motion before the Supreme Court. It remains to be seen in which penitentiary instances Griñán decides to comply with the ruling of the High Court, which no longer came to ratify the ruling of the Provincial Court of Seville.

Finally, Seville will enforce the Supreme Court ruling, which corroborated the one that the Provincial Court concluded at the time, and which defends that Griñán was aware of what was happening in the Employment Ministry at the time in which he was part of the Government. Six years and two days is the time that the former socialist president must remain in prison in accordance with his sentence for the commission of a crime of embezzlement in this macro-cause that caused a hole of 700 million euros in public coffers.

The Court again says 'no' to Griñán, dismissing his appeal and refusing to extend the term of voluntary admission to prison to 3 months, as requested by his defense attorney, José María Calero, on November 17. "We cannot attend to said request" because there is "no reason" to agree to "a postponement of compliance with the custodial sentence," he explains, something that would mean "a comparative offense for the rest of the prisoners and an arbitrary decision lacking of justification”.

Let us remember that the ex-president's defense requested this extension in time with the hope that there would be enough margin for any of the legal proceedings that are still open to be resolved favorably for his client, such as the nullity motion filed in the Court Supreme Court, the appeal before the Constitutional Court or that the central government had ruled on the petition for partial pardon requested by the Griñán family. Calero insisted on the "irreparable damage" that would cause his client to enter prison in a hasty manner and that some time later, at the end of these processes, a decision would be made in his favor and the unnecessary imprisonment would be demonstrated, something that it would generate “social alarm”, he pointed out.

However, the decision is final: Griñán has until January 1, 2023 to voluntarily enter a prison of his choice, that is, 10 calendar days from December 23, 2022, as specified. in the order dictated. There is no recourse left that can be brought now to avoid this delicate moment. The only viable option to delay his entry into prison, according to some experts, is to argue the convict's poor health, problems he already suffered during his prosecution in the case. With this, time would be gained (perhaps not enough) to get some instance (Government or Justice) to stop compliance with this sentence.

The First Section of the Hearing dismisses the appeals filed by the eight sentenced to prison, as reflected in the order issued today, on which there is no possibility of appeal. Justice alleges that in the pleas provided by the investigated "issues already resolved in the appealed order are raised", adding that "there is no data or circumstance that allows the resolution issued" where "the denial of the suspension was sufficiently substantiated".

Specifically, it rejects the argument put forward by some defenses about the time elapsed from the date of the facts and the communication of the sentence, as well as the request for suspension of the sentence based on the open process on the presentation of nullity incidents before the Supreme Court. "In no way, the presentation of the incident can lead to the suspension of the execution of the custodial sentences imposed in a final sentence," the text details. In addition, he spoke out against the existence of the violation of the right to effective judicial protection, alleged by some investigated.

In this way, the Court claims seven of the eight convicted (except Agustín Barberá Salvador, who is left at the expense of a forensic medical report) to enter the jail before January 1 voluntarily.