The course of the war in Ukraine increases China's discomfort

In the first days of February, the top leaders of China and Russia met face to face in Beijing. 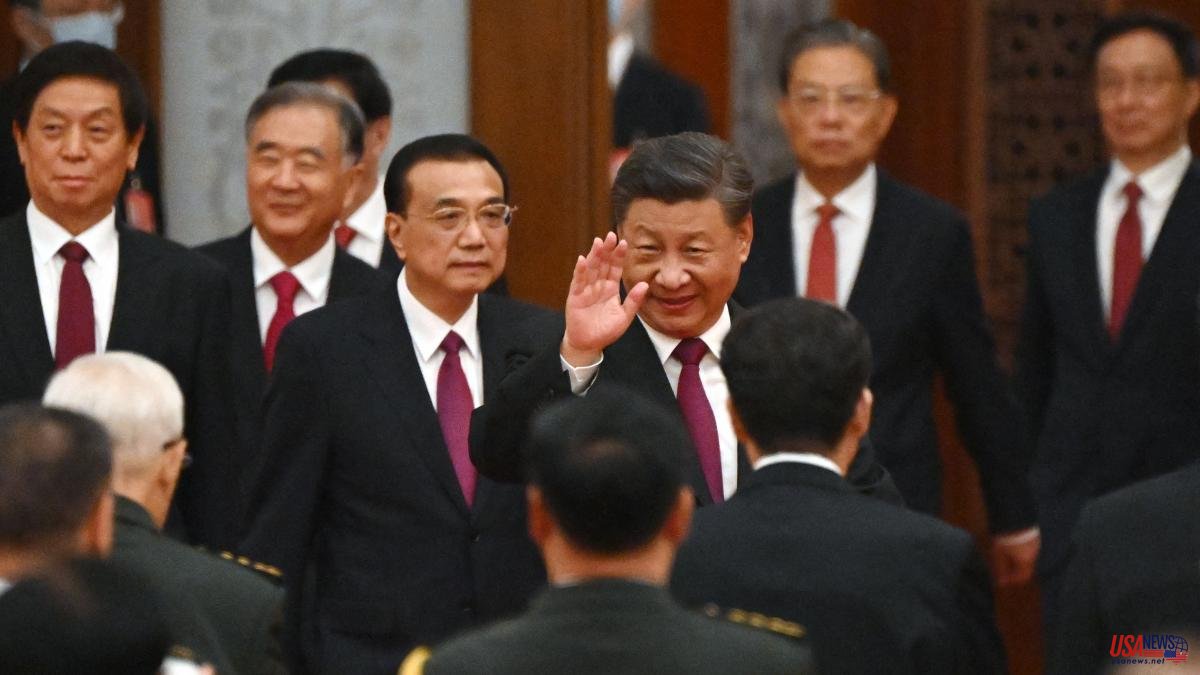 In the first days of February, the top leaders of China and Russia met face to face in Beijing. At the end of that meeting, Xi Jinping and Vladimir Putin published a long statement in which they listed the grievances they shared against the United States and its allies, promised to collaborate in areas of common interest and declared a "limitless" friendship. It was the arrival of a "new era" of international relations, they stressed triumphantly.

On September 15, the two met again at a regional summit in Uzbekistan. But under very different conditions. The invasion of Ukraine has made Putin a pariah in the West. His population suffers from international sanctions and his troops retreat on the battlefield, to the point of having mobilized reservists. The Russian had to appear in public and commit to addressing Xi Jinping's "questions and concerns."

"The fact that Putin admits in a forum where the whole world is watching him Xi's doubts about the war is a clear sign of the scope of Chinese concerns about the long-term consequences of the war," says Ali Wyne, Eurasia Group analyst.

Only fifteen days later, at the UN Security Council, China helped Russia prevent the approval of a US statement condemning the annexation of the four Ukrainian territories. But immediately afterwards, Mao Ning, spokesman for the Chinese Foreign Ministry, recalled that “China's position is consistent and clear. We always maintain that the sovereign and territorial integrity of all countries must be respected.”

Since that day there have been no more Chinese demonstrations of support for Russia, increasingly uncomfortable with the evolution of events.

China has reason to be nervous. Although they are not formal allies, Moscow is a valuable partner. Both share hostility towards Washington on ideological and political issues. They support each other in international forums and participate in joint military exercises. Xi and Putin like each other personally, in a relationship built on nearly 40 meetings.

But in Beijing they don't like what comes from the front. A humiliated Russia would deprive China of a valuable asset in its struggle with the US and could generate great instability in the area. Without Putin in command, there are no guarantees that his successor will continue betting on that "unlimited" friendship with the neighbor. In the worst case, a new government close to the West, an unlikely but not impossible option, would increase fears about the geopolitical siege to which Washington intends to subject it.

The war has also had serious collateral effects. It has revitalized NATO, with the entry of Sweden and Finland. It has galvanized the West. And what is worse, it has done so around the United States. After the failures in Iraq and Afghanistan, the American leadership seems to have remade itself and casts doubt on the headlines of the Chinese press, which abound in the inexorable decline of the West. Now everyone points out that when the conflict in Ukraine subsides, Washington will focus on confronting the Chinese rival.

It's not all bad news for China. The war has helped fuel a nationalist sentiment among the population that pleases the Chinese Communist Party. On the verge of Xi's renewal for a third term, that is very valuable. Moscow also defends the Chinese postulates on the Taiwan crisis.

Forced by sanctions to veer east, Moscow is increasingly economically dependent on China. This translates into a greater flow of trade towards its territory at advantageous prices, especially energy goods (last month, Chinese spending on Russian gas, oil and coal reached a record of 8.3 billion dollars), an increase in trade in yuan or in greater business opportunities for some of its companies compared to the departure of Western brands from Russian soil.

But Beijing walks with lead feet. Despite the tensions, China's trade relations with Europe and the US are much more important than with Russia, and have increased during the pandemic. Beijing does not want to put them in danger, and for now it has refrained from supporting its neighbor militarily or from violating Western sanctions so as not to be punished as well. “China is willing to provide tacit political, diplomatic and, to some extent, economic support to Russia. But he will never get out of her way or undermine her strategic goals by supporting her,” Brian Hart of the Center for Strategic and International Studies has written.

The day after Putin ordered the mobilization of at least 300,000 reservists, Beijing reiterated its calls for dialogue and support "any effort" leading to a "peaceful resolution to this crisis." His position, they added, goes through "respecting the territorial integrity of all countries" and, at the same time, attending to "the legitimate concerns" of security of all countries, in reference to Russia. Meanwhile, the question many are asking is whether or not Putin informed Xi of his plans at their last meeting. And if, if he did, the Chinese would have given him his support.