The Constitutional Court (TC) confirmed yesterday the perpetuity of an unprecedented institutional crisis. 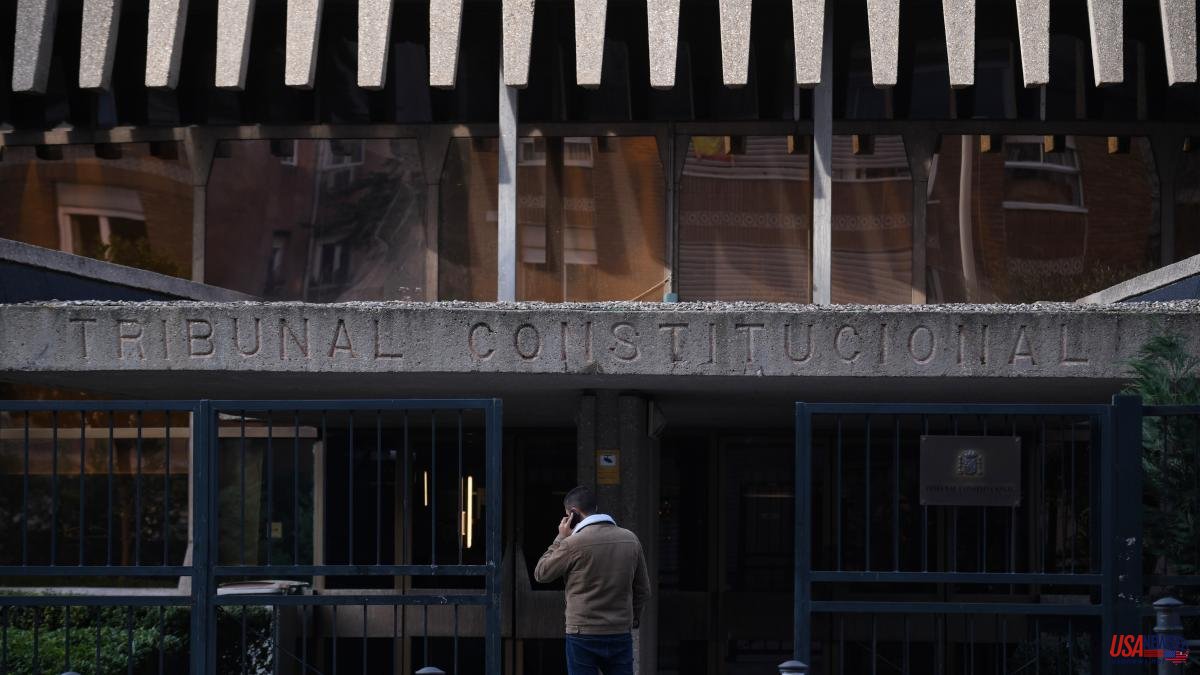 The Constitutional Court (TC) confirmed yesterday the perpetuity of an unprecedented institutional crisis. After a long debate, the six magistrates of the conservative sector made their majority prevail to stop the parliamentary process of the amendments to reform the law of the Judiciary and the TC itself to change its election system and facilitate the unblocking of the Judiciary.

By six votes to five, the body agreed to agree on the very precautionary measures requested by the Popular Party, which alleged that its rights as a formation were being violated due to the way in which the amendments were processed. He asked the Constitutional Court to stop the process and prevent its approval, and this has been the case, three days before its vote in the Senate. They give ten days to the president of Congress, Meritxell Batet, to deliver all the documentation and the same period for the Prosecutor's Office and the rest of the parties to report on the maintenance of the precautionary measure.

Yesterday an unprecedented decision was lived in the court, never before lived in its bosom since its creation. The progressives described this position, approved with the vote of the president, Pedro González-Trevijano, as "outrageous" for meddling in the actions of the legislative branch. For the minority, it would have been necessary to wait for the approval of the law.

After twelve hours of intense debate, the conservatives did not agree to negotiate and seek an intermediate consensus with the other half, according to court sources. As soon as the order is drawn up and signed, the secretary of the TC will send it to Congress and the Senate. The day began at ten in the morning. The eleven magistrates entered the plenary hall ready to face a marathon day. In a single day they had to make several decisions and none of them were peaceful. Before starting the meeting, all of them knew that they were starting from totally opposite criteria. An attempt was made to find a consensus, but it was not possible.

With the appeal of the PP on the table and the writings of the PSOE and Unidas Podemos that were incorporated in recent days, the magistrates faced an unprecedented matter. The first plenary debate dealt with whether the president's decision to call the appeal to plenary instead of leaving it in a room was well taken. Four hours of debate later, and with the first clash of seven in favor and four against, it was resolved that the appeal should go to plenary.

After a break for lunch, the eleven magistrates met again. It was time to study the challenges raised by the two parties that form the Government against González-Trevijano and Narváez.

The argument supported by the five progressives is that their vote could be contaminated because their continuity in the court depended on the approval of the amendment. Both, elected by the executive in turn at the time of Mariano Rajoy, have had their mandate expired since June. With the reform sought by the Socialists, the blockade maintained by the PP and the Conservatives so that four expired TC magistrates are not elected would end when the election system is modified. This will mean that the Government will have a free hand to make effective the appointment of Juan Carlos Campo and Laura Díez as magistrates, and therefore the departure of their predecessors. However, those who did not challenge were the other two magistrates who also have their mandate expired, the progressive Juan Antonio Xiol and the conservative Santiago Martínez-Vares, and who must be replaced by the CGPJ.

During the debate, it was decided, by six votes to five, to set aside the challenges as it was not the opportune moment and move on. Therefore, the appeal was fully accepted for processing, which was accepted by the same votes. The conservatives considered that the PP letter met the requirements to be able to enter the fund. Once these three issues were resolved, they entered fully into the request for very precautionary measures, which caused the final clash.