The conservative opposition savors its meager electoral advantage in Sweden

Sweden waits on tenterhooks for this Wednesday to discover which bloc of parties – the ruling center-left or the conservative opposition – has won the legislative elections held on Sunday, so close that not even the advanced preliminary scrutiny allows a clear winner to be designated. 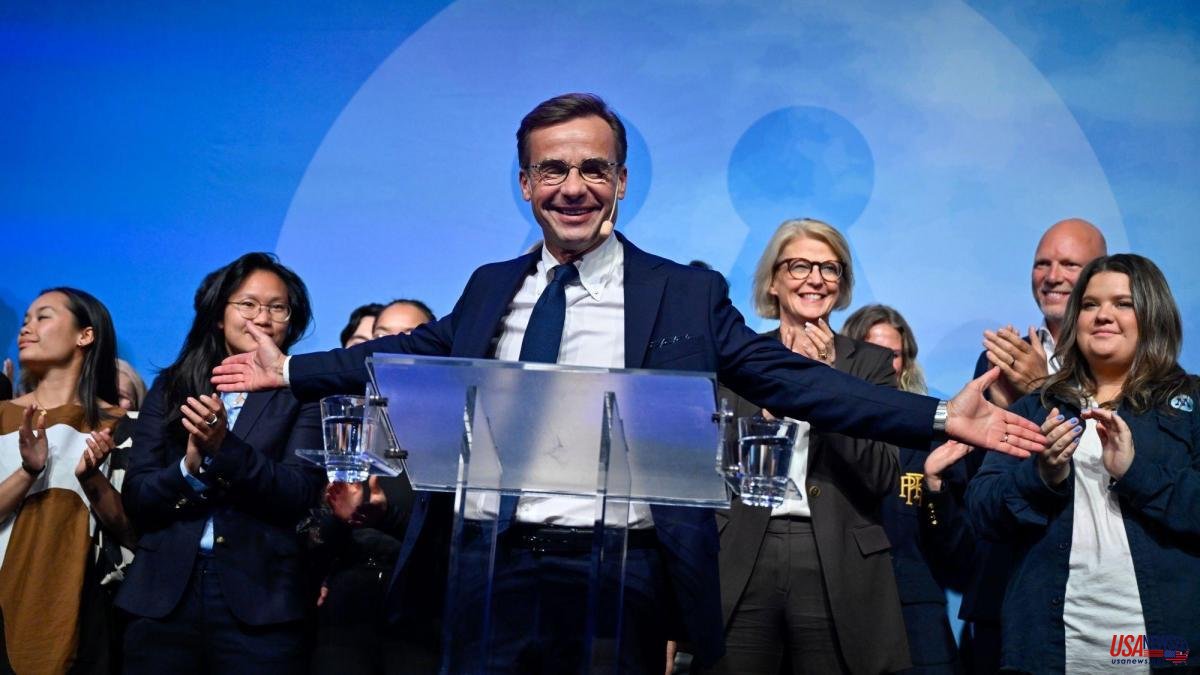 Sweden waits on tenterhooks for this Wednesday to discover which bloc of parties – the ruling center-left or the conservative opposition – has won the legislative elections held on Sunday, so close that not even the advanced preliminary scrutiny allows a clear winner to be designated.

With just over 95% counted yesterday Monday, the four parties of the conservative spectrum -including the extreme right- added 49.7% of the votes, a minimal advantage over the four-party bloc of the Social Democratic Prime Minister, Magdalena Andersson, who has the 49%. The only clear winner is the far-right anti-immigration Sweden Democrats (SD), which with 20.6% has become the second force behind the Social Democrats (30.5%).

According to the electoral mechanism, the votes of Swedes abroad and early votes sent by post within the deadline but which did not reach the electoral districts on polling day are counted on the Wednesday after polling Sunday. The distance between the two blocks is about 47,000 votes, according to calculations by public television SVT. It is not ruled out that the count will be extended to Thursday.

But the political scientists quoted by the press agencies recall that historically, except in 1979, that bag of votes on Wednesday has never caused a substantial turnaround, so they see a definitive result favorable to the right-wing opposition as more likely than the current alliance. governmental. Traditionally, moreover, votes cast abroad tend to be conservative.

In this waiting period, both the social democrat Magdalena Andersson and Ulf Kristersson, leader of the Moderate Party, and his rival for the post of prime minister, are restrained. But both have made it clear that at the moment neither yields. "Swedish democracy must take its course, all votes must be counted and we will wait for the result," said Andersson, for whom the result of her party indicates that social democratic values ​​remain strong in Sweden. On election night, Kristersson declared himself "ready to form a new and strong government."

The Riksdag (Parliament) has 349 seats. The current tight percentages translate into 175 seats for the conservative bloc – made up of the Moderate Party, Christian Democrats, Liberals and the extreme right-wing SD –, while Andersson's bloc – Social Democrats, Greens, leftists and the Center Party – would have 174. In the 2018 elections, Sweden experienced a similar scenario, also with a single seat difference between blocks, and had to wait a week for the result. Then came laborious negotiations to form a government, which lasted 134 days, something never seen before in Swedish history. It remains to be seen what will happen now

The SD, in addition to now being the second political force, has established itself as the first in the conservative bloc in terms of votes, unseating the party with the most votes up to now, the Moderate Party, which had 19.1%. “This says a lot about how far we have come, it says a lot about the little party that everyone made fun of; today we are the second biggest party in Sweden,” its leader, Jimmie Åkesson, told enthusiastic supporters, AFP reports from Stockholm.

Founded in 1988 by neo-Nazi supremacists, Sweden Democrats has been modulating its discourse precisely since Åkesson, now 43, was elected leader in 2005. In 2010 the SD managed to enter the Riksdag and in the 2018 elections it garnered 17.5% of the vote, always being cordoned off by the rest of the parties. That partly explains why the Social Democrats have been able to govern for the last eight years, building alternative coalitions.

But in this campaign, for the first time the conservative parties have hinted at their willingness to bypass the cordon sanitaire and rely on the SD to return to power. Analysts point out that the extreme right would not enter an eventual government, but would instead provide external support, which could also set the agenda.