The Colombia of the excluded calls for passage

The face of Gustavo Petro – a 62-year-old white man – will not be the most striking image of the election day in which the left came to power in Colombia. 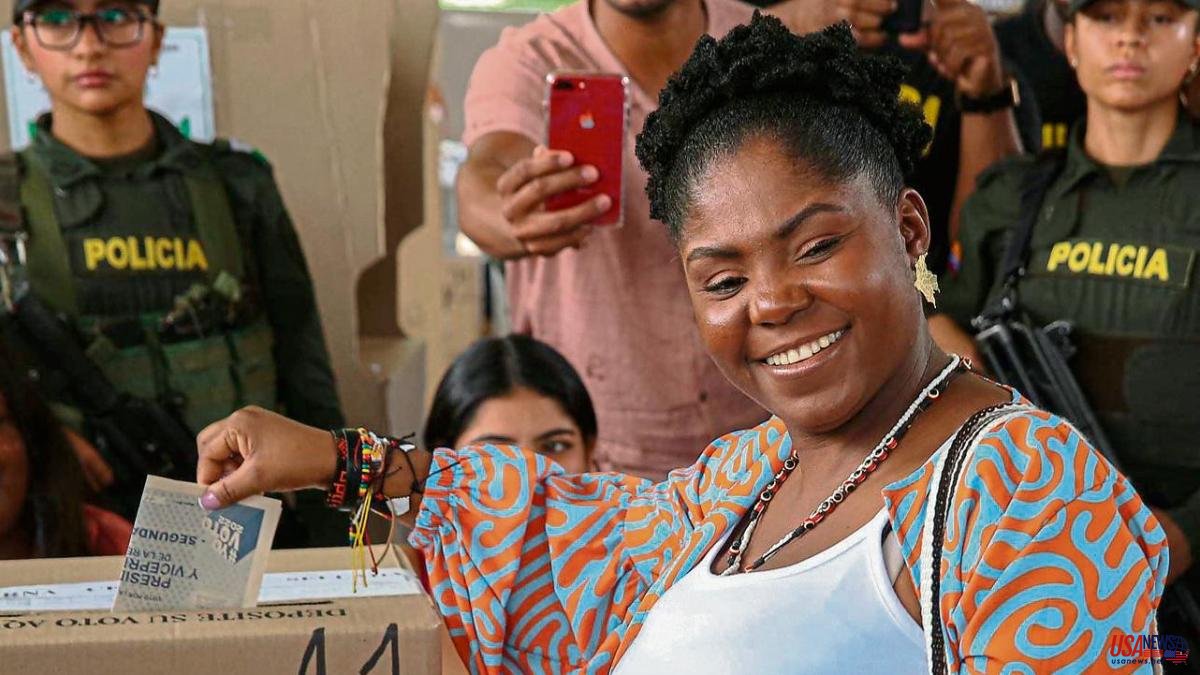 The face of Gustavo Petro – a 62-year-old white man – will not be the most striking image of the election day in which the left came to power in Colombia.

Francia Márquez, his vice-presidential candidate, a 40-year-old Afro-Colombian from the conflictive Cauca region in the south of the country, is the most representative face of possible change in Colombia.

He voted yesterday in Suárez, the small municipality where he was born in a remote Andean valley a hundred kilometers from the Pacific.

A 16-year-old mother – she already has two daughters – Márquez, who was an artisanal miner looking for gold in the rivers of Cauca, brings together almost all the faces of the excluded who have supported Petro.

And in Cauca, a land of Afro-Colombians and indigenous people plagued by violence because the 2016 peace agreement has not been applied, Márquez personifies the forces of change that came together in the social unrest of 2021.

In the colonial city of Popayán, one of the epicenters of those protests, indigenous, black and white youths went to the polling station with an illusion absent in previous elections. “Francia Márquez mobilizes indigenous people with the common sense of those who have always been excluded,” said Gisel Pinta, a member of the indigenous council of Cauca, who voted in downtown Popayán.

As she spoke, police helicopters were flying over the colonial center of this city whose social hierarchy has hardly changed in 500 years. “In the towns around here, armed men are coming out to coerce people not to vote,” said another young voter wearing an indigenous handicraft shirt.

The combativeness of the indigenous people of Popayán – from the Paz, Guambiano, Yanaconas, Coco Nucos, Espiraras, Toto Roes, Deceit and Guanaco ethnic groups – has been such in recent years that conservative senator Paloma Valencia proposed dividing the area into a sort of native apartheid. "The elites here have always ignored the other, and their idea will be not to let go of power whatever the result," said Gisel Pinta.

Petro's campaign hoped to win in the Southwest and Pacific regions many of the 1.5 million votes that could give him the presidency.

His rival, former Bucaramanga mayor Rodolfo Hernández, needs to capture the six million votes from the conservative candidates who lost in the first round.

It remained to be seen whether the mobilization of the vote of the excluded and the victims of violence in regions such as Cauca and Chocó, as well as of the displaced who live in large popular neighborhoods, such as Ciudad Bolívar, in Bogotá, will be enough to win the elections.

The weather conditions on the Atlantic coast were not favorable for participation.

Fear of Petro and racism against Márquez – singer Marbella referred to her as King Kong – could also work in Hernandez's favour. “I want democracy to win, the left for nothing,” said Lucy Braun, a retired businesswoman in Payabán.

But Márquez – seasoned as a political leader in the struggles against the big mining companies – spoke as the winner of election day. "I have known the armed conflict and I understand the value of life, human and non-human, in the chain of nature, in the paradise that is Colombia," he said during a meeting with Catholic priests, Afro-Colombian cult gurus and indigenous shamans. in the Anglican cathedral of San Pablo, in Bogotá, days before the elections. “They call me a witch for being black, but I claim the debt of slavery while claiming the spiritual knowledge of the indigenous people.”

These ideas of a new left, based on the defense of nature, anti-extractivism -Petro proposes a gradual closure of oil and mining exploitation-, constitutes the new formula of the left in Latin America two decades after the so-called red tide of Lula, Chavez, Evo Morales and Rafael Correa.

In many ways – both programmatic and strategic – Petro follows in the footsteps of the young and progressive Chilean President Gabriel Boric.

The conservative response of the populist Hernández boils down to a commitment to stamp out corruption. However, he himself faces an imminent trial for influence peddling.

In another unlikely attempt, the Hernández campaign presented Cali-born Marelén Castillo, who is rather pale in the Colombian context, as the “next black vice president of Colombia.”