"Is this insolvency or bad faith?" With this repeated tagline, the President of the Government wanted to undermine last week the main value with which the leader of the PP, Alberto Núñez Feijóo, presents himself to the public, management efficiency, with the aim of trying to puncture the Feijóo effect and begin to climb in the polls that, without exception, gave victory to the Galician politician. 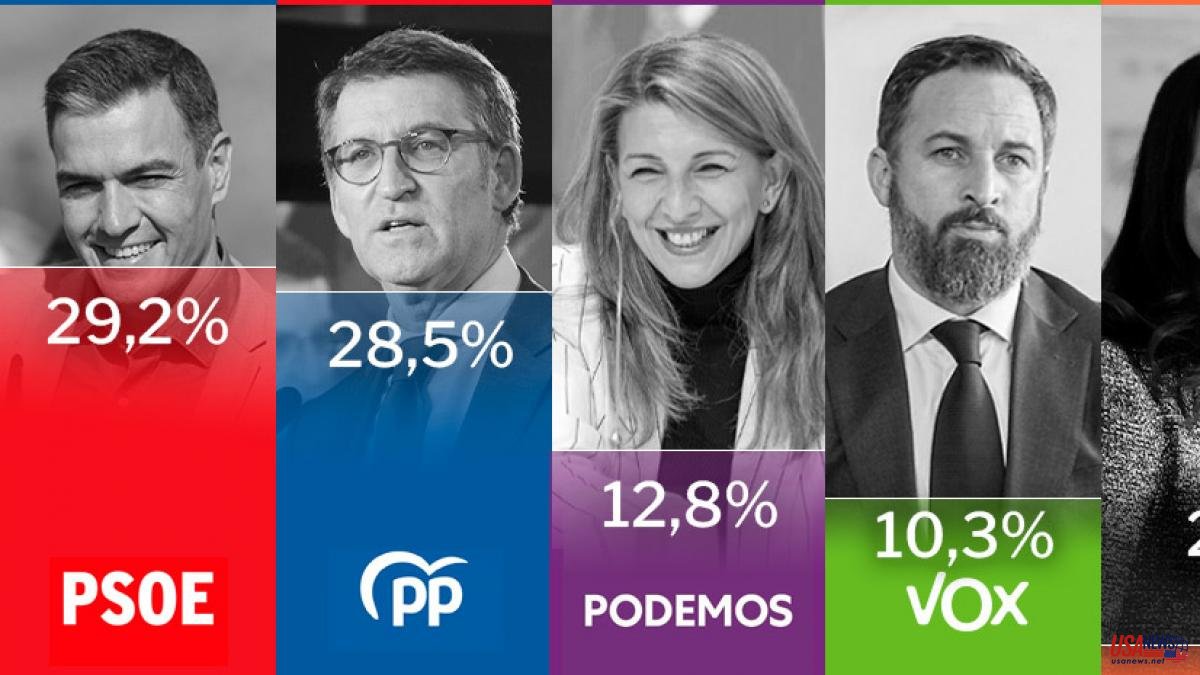 "Is this insolvency or bad faith?" With this repeated tagline, the President of the Government wanted to undermine last week the main value with which the leader of the PP, Alberto Núñez Feijóo, presents himself to the public, management efficiency, with the aim of trying to puncture the Feijóo effect and begin to climb in the polls that, without exception, gave victory to the Galician politician. And according to the Center for Sociological Research (CIS), Pedro Sánchez would have achieved the goal.

And it is that the September barometer of the demoscopic institute chaired by the socialite José Félix Tezanos once again grants the PSOE the electoral victory after in July it placed the PP in the lead for the first time since Sánchez became president. And not only that. The significant drop in the levels of confidence with which the respondents value the president of the PP is very revealing.

The demographic institute grants the Socialists 29.2% of the votes, which is one point more than in July and somewhat more compared to the 2019 elections. In contrast, Alberto Núñez Feijóo's party loses a point and a half compared to to the previous barometer and would receive 28.5% of the ballots.

The September barometer has been based on surveys conducted between September 1 and 10, which in part reflects the effect that the face-to-face between Sánchez and Feijóo on Tuesday, September 6 in the Senate could have had electorally. Just yesterday the CIS published that 29% of the Spaniards who followed the debate -21.1%- considered that Sánchez won his face to face with Feijóo, winner for 24 percent.

But more than the electoral projection, the September study highlights the drop of more than seven points in the confidence that citizens show regarding the leader of the PP. In July, 35.6% of those surveyed claimed to have a lot or quite a lot of confidence in Feijóo, while today this percentage falls to 28.4. Along the same lines, in July 20.8% of those questioned showed their preference for Feijóo to preside over the government, a figure that has fallen to 17% in the current survey.

On the other hand, Pedro Sánchez recovers positions in confidence, since 29.4% of those surveyed say they trust the Chief Executive a lot or quite a bit, compared to 28.7% in July. In contrast, in the preferences to preside over the government, Sánchez lost almost one point as he was preferred by 21.3% of those surveyed, remaining in the first position.

In addition, the September barometer is accompanied by a new drop in Vox, whose electoral expectations seem to fade more with each poll. Thus, according to the CIS, those of Santiago Abascal would barely reach 10.3% of the votes, when in July they obtained 12 and in the 2019 elections they achieved 15% of the votes.

The minor partner of the Government also suffers losses in this study, which seems to pay for the lack of definition of its electoral brand due to the emergence of the Sumar platform of Vice President Yolanda Díaz. United We Can, which in July achieved a slight rise (13.4%) and was above its current figures (13%) falls to an estimated vote of 12.8%. More Country/Compromís remains stable with an estimated vote of 1.9%.

For its part, Ciudadanos, immersed in a process of refoundation, experiences a rise of 1.1 point in vote expectation compared to the previous barometer to collect 2.8% of the ballots, in any case very far from 6.9% which gave the oranges up to 10 deputies.

Regarding the Catalan parties, JuntsxCat would capitalize on the tensions it maintains with its partner in the Government and electoral rival in Catalonia by rising two tenths (up to 1.4%) compared to the July survey, while Esquerra Republicana would leave half a point to stand at 2.4%, 1.2 points behind the results of 19-N.