The Chamber is cast despite the ruling that invalidates the elections

The Barcelona Chamber of Commerce experienced yesterday the most tense plenary session since Eines de País won the elections in 2019. 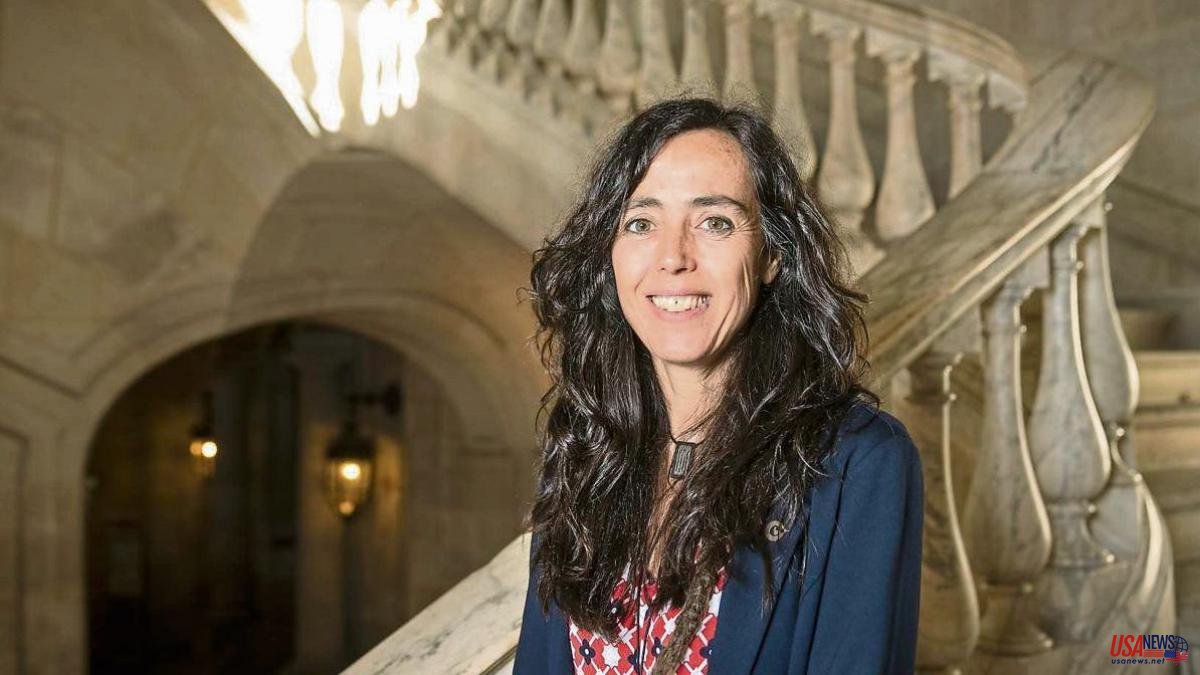 The Barcelona Chamber of Commerce experienced yesterday the most tense plenary session since Eines de País won the elections in 2019. Although a few hours before the decision of the Court of Justice of Catalonia (TSJC) that invalidates the previous electoral process was known, the committee The executive headed by Mònica Roca maintained the plenary session and the pro-independence majority prevailed to approve the change of coat of arms with the abolition of the crown, a manifesto of recognition of the Consell de la República and the reduction of the so-called silver chairs.

For the first time the big corporations made themselves heard with force. Although on Tuesday they opted not to attend the plenary session, yesterday morning, after numerous contacts, the majority chose to attend and vote against the controversial proposals. The irritation was accentuated when it emerged that, in addition to the manifesto in favor of the Consell de la República, a tribute to Carles Puigdemont in Prats de Molló was being prepared, according to sources familiar with the negotiations.

On behalf of Criteria, Josep Maria Coronas took the floor, reflecting in large part the feelings of the large corporations. According to what he said, the points submitted for the approval of the plenary escape the defense of the general interests that corresponds to the entity and show a high degree of politicization. For this reason, he argued, the vast majority of these companies, which have proven to be committed to the Chamber with their economic contribution, have decided to vote against the reform of the internal regime, the change of shield and the manifesto of recognition to the Consell de the Republic, chaired by Puigdemont. He also against the filing of an appeal against a previous judgment of the TSJC that considers that fundamental rights were violated in the electoral counting system.

Carles Tusquets, who was a presidential candidate, called for new elections to be called immediately. “Once the ruling of the TSJC is signed, there is no other way than the dissolution of the elected bodies and the calling of new elections immediately. Any act or agreement that departs from the making of decisions strictly necessary to proceed with the execution of the sentence will be vitiated to a degree of radical nullity and its authors may incur serious responsibilities, including criminal ones.

He also recalls that in the last elections 8,000 companies voted, less than 2% of the census, so the Chamber cannot claim "majority representation" of the business world. “And, furthermore, there are rulings that invalidate the recount”, he affirms, before emphasizing that “the Chamber cannot approve a manifesto with a content that is totally alien to its reason for being and impose a political aspect”.

The TSJC has decided not to admit for processing the appeal of the Generalitat against a previous sentence of the same court that annulled the 2018 decree on the electoral regime of the Catalan chambers. In this way, the annulment of that decree is now final and, therefore, the elections are invalid. After this resolution, the company that challenged the decree –Staff Pavillon– sent a letter to the president, Mònica Roca, in which she urges him not to make decisions because her government team would not be legal, adhering to what they have failed the courts.

The TSJC annulled the decree of the Generalitat considering that the process of citizen participation in the preparation of the regulations had been omitted. To justify the omission of this procedure, the Generalitat alleged reasons of urgency, but the court considers that this urgency has not been accredited and that, consequently, the rights of citizens to participation have been unduly limited. Against this sentence, the Generalitat filed an appeal before the Supreme Court, which was not admitted, and subsequently, an appeal before the TSJC, which has not been admitted either. Therefore, the annulment sentence of the decree is final.

The Generalitat has been working for months on the new decree to regulate the next elections to the chambers, according to sources from the Department of Business, the one in charge of supervising these institutions. These same sources pointed out that yesterday they received the order from the TSJC, which is now being studied by the legal services and added that, in any case, the text does not make an explicit mention of the electoral process. "Once the new decree is approved, the elections will be called and held next year, in accordance with the deadline established by the State," they explained. In principle, they are planned for next May. Although the TSJC order does not explicitly mention the elections, it does invalidate the regulatory framework on which they were held.