The Botànic resists but loses the advantage: maximum equality one year after the Valencian elections

Today marks seven of the elections that on May 24, 2015 changed the political cycle in the Valencian Community. 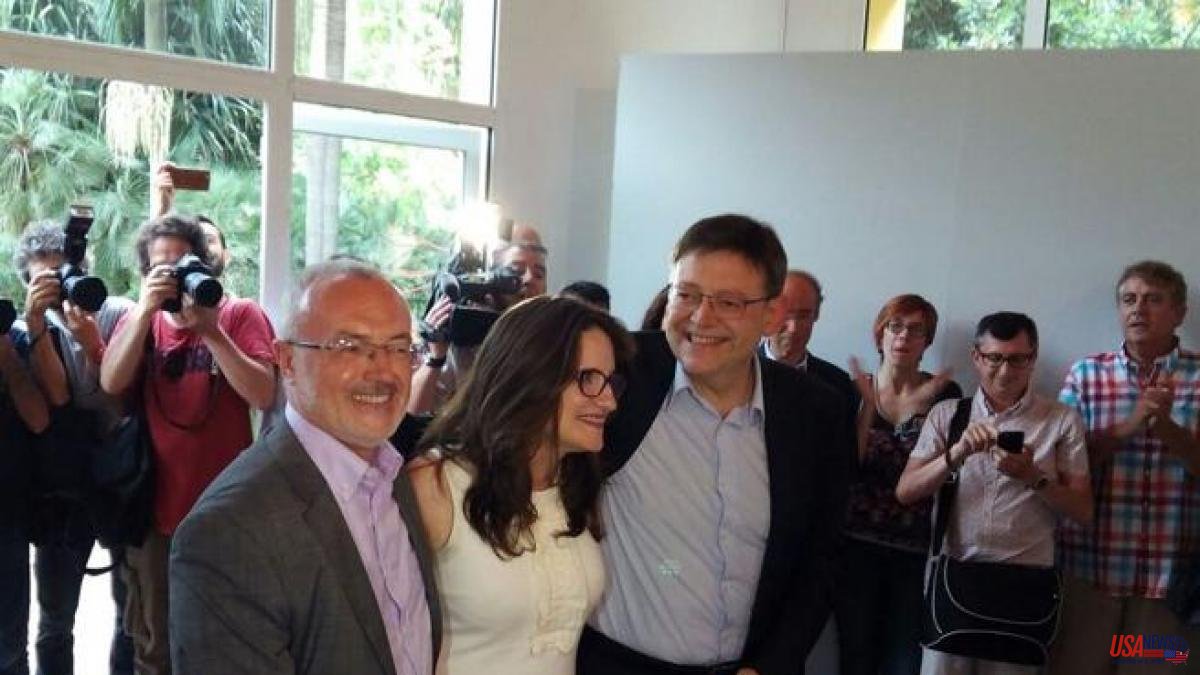 Today marks seven of the elections that on May 24, 2015 changed the political cycle in the Valencian Community. With a 70% turnout, the left -counting on the more than 100,000 votes of Esquerra Unida that stayed out of Les Corts- managed to mobilize 1.35 million voters and form the first progressive government after 20 consecutive years of executives from the P.P.

The mestizaje government withstood the pull in 2019 and the left-wing bloc exceeded the three right-wing parties by just 40,000 votes. Vox made its debut in the regional arena with more than 10% of the votes, but the Botànic retained 49.36% of the ballots. However, that same year, in the repetition of the general elections (November 2019), PP, Ciudadanos and Vox already exceeded the botanical sum by a very small margin.

Since 2019 time seems to have frozen electorally. Three years have passed and, one year after the elections for the Presidency of the Generalitat Valenciana, all the polls point to a technical tie. The PSPV has improved compared to 2015 but the advantage of the left has been reduced because, election after election, the parties to its left have been losing support. In 2015, Compromís, Podem and EU reached 850,000; in the 2019 regionals they were 660,000. About 190,000 supports less than the PSPV only added 135,000; the rest (about 55,000) are understood to have abstained and the result was adjusted.

Equality is maximum 12 months after the electoral appointment: the left needs to mobilize again that electorate that has not gone to the PSPV but that, if it stays at home, can end up tipping the balance in favor of PP and Vox. The Socialists have moved in the last calls between 650,000 and 750,000 voters, with which they would need Compromís and Podem to add another 650,000 or 550,000 to reach the figure of 1.3 million voters that would shield victory.

The great luck for the Botànic and what partly explains that fixed photo that the surveys published for a year have shown is that there does not seem to be any movement between blocs. What the left loses does not pass to the right; while the Ciudadanos debacle is absorbed by PP and Vox. A situation that has kept the sums of some and others stable for a long time.

In the general headquarters of the popular ones, who work with electoral projections, they do denote that advance of their party and a slight stagnation of the PSPV that seems to have reached a ceiling after growing in the polls and reaching 36 deputies (October Levante poll of 2021).

Since the elections in Castilla-León, the numbers of the PP give Citizens outside Les Corts and it is understood that, after the Andalusian elections, the oranges will sink. Despite the efforts of Ximo Puig, it seems difficult for that voter to end up in a place other than PP or Vox.

The popular ones feel especially strong in Alicante although they recognize that in the province of Valencia they have to improve. A feeling that fits with the PSPV's attempt to improve its positions in the second most populous province of the Valencian Community or in the prospects of Compromís.

The Socialists have tried to overturn these months in Alicante - "The Consell and Ximo Puig spend their days there, a symptom that the numbers do not come out", they point out in the PP-. In the remodeling of the Consell, the key to Alicante is also behind.

In the PSPV they believe that "the triumphalist speeches of the right are not realistic" and that, even in Alicante, the result is very even. And it is that, although at the national level the idea of ​​changing the cycle has been installed, the Valencian surveys still do not certify that turnaround.

For their part, the Valencianists believe that they will ensure a good result (and will maintain support of around 400,000 votes) despite all the difficulties and the wear and tear of their virtual candidate, in part, due to the pull in the cities and towns of the Valencia province. For Compromís, the fact that the regional and municipal ones coincide again is a relief.

The other great unknown is Vox. Analysts from both parties believe that Compromís's 400,000 votes can be perfectly surpassed (the extreme right has already obtained 468,134 in the last general elections), which would place him with those 16-17 deputies. For the PP to govern they would need a greater advance of the extreme right or that the popular ones return to be the most voted force.

In the PP they believe that in the end part of that angry voter may end up betting on them - as happened in Madrid and can happen in Andalusia - as it is the party with the most possibilities of leading the change. A key circumstance since the party that wins the elections obtains a plus of deputies, which is presumed to be key in such an even sprint.