The books of 2022 | Original, entertaining and humorous narrative in Spanish

For this selection I have rigorously applied the Decalogue of the Critic: the originality or desire for renewal, the coherence and interest of the plot, however thin it may be, the amenity, the humor, that the characters and the atmosphere are achieved, that if possible have a certain trajectory and, of course, that there is communication with the reader. 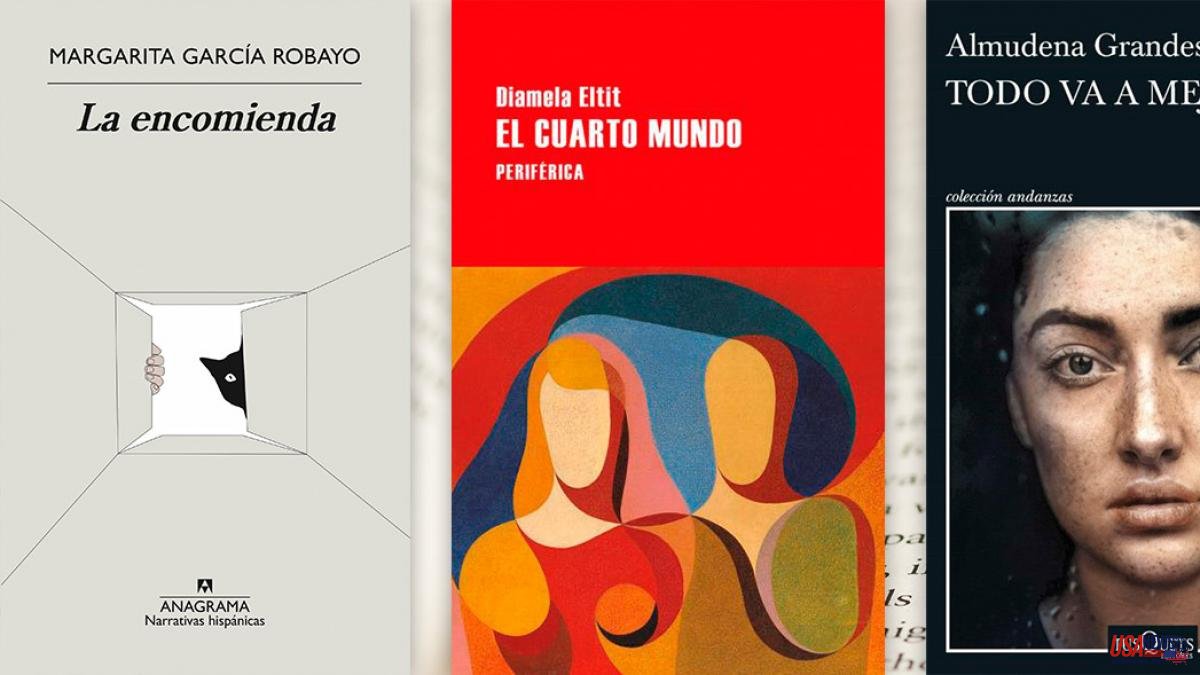 For this selection I have rigorously applied the Decalogue of the Critic: the originality or desire for renewal, the coherence and interest of the plot, however thin it may be, the amenity, the humor, that the characters and the atmosphere are achieved, that if possible have a certain trajectory and, of course, that there is communication with the reader. To avoid susceptibilities, I present the authors in alphabetical order.

The curse of fertilization, aging and death, as well as the desire for power, are expressions of the condemnation of being born in the third world. The family society as a mirror of the society of a people, in this case the Chilean.

A biography of the soul. Routine is threatened by the presence of an enormous box, like the mysterious room with the closed door in Cortázar's story.

The passion for writing, fueled by his interest in society, does not diminish when everything is going worse in his life. Almudena Grandes is capable of maintaining expressive clarity within a complex structure and where imagination is at the service of the harshest reality. A valuable testament, testimony of life.

Stories about the search for identity in someone who was born in Guatemala to a family of Polish and Lebanese Jews. The attempt to capture the past is joined by the brutal reality of the Guatemala of the dictator Efraín Montt.

There is a strange intimacy here despite the wild imagination and quirky characters. And the implausible is placidly placid. We penetrate into “the soul of this story”, a soul that can make us smile.

Since Los asquerosos, Lorenzo has been one of the revelations of the current narrative. Here he remains faithful, from the title, to his special aesthetic and fun provocation, to get out of the placid vision of reality. The manipulator of reality is Sixto, a character who can lead to the greatest disasters.

Each of the members of a family carry a different story, we are facing a novel that is at the same time a sum of stories. The figure of the father seems to determine everything, an authority against which the children rebel. Drama and humor occur in this especially agile writing, thanks to the vitality of the dialogues.

Few novels with approaches as radical and attractive as this one. The reflection on her writing and the epigraphs of numerous authors play a determining role. Many of the references are made up, in a really exciting game.

A novel of conflicting family and friendship relationships, which forces the characters to flee their homes to start a tour of Mexico, Madrid or Barcelona. Colloquialisms give the prose an attractive vitality.

The writer distances himself from his radical approaches to approach the traditional novel. With a personal tone, the narrator reconstructs a time that is still current, an absorbing prose marked by irony. A new Reig as exciting as the old one.

Among the things that remain in the air is the absence of details to lead us to the strangeness of what was said. A writing that brings us closer to the pure story, with extravagant characters whose personality is difficult to define. And it is from this strangeness and naturalness that the novel's appeal is born.

A novel very attentive to political and social reality with the presence of "that operetta leader with the voice of a dwarf vicetiple". History and fiction coexist, which we live through a priest as pious as he is lascivious, "a saint who was a bastard" and at the same time tortured, whom we admire and reject at the same time. Narration in which "it is the fable that permeates everything".

The protagonist knows that he is sentenced to death and thus begins an escape that leads him to the mythical and violent territory of La Portuguesa. Now it is not the familiar world of other Soler novels, but an absorbing space of rituals and witchcraft.

We return to the world of Las malas, penises, tits or asses like melons are a constant presence. Especially attractive are puzzling situations. The reader feels placidly fascinated.

Argentine author with a biography as interesting as that of this novel. The protagonist is a gifted woman in conflict with her family. An avid reader, she is also an eternal traveler who fights to impose reason over imagination. The result is a dazzling prose for its intensity. A true revelation that I like to share with the reader.

Everything you can say does nothing but tarnish the originality and charm of a novel in which all of Vila-Matas and the best and most daring are present. We allow ourselves to be dragged along in search of a door that hides a secret that perhaps – and this is the tension of a story that actually dispenses with the traditional plot – will never be revealed to us.

J.A. Masoliver Ródenas has published this year the collection of poems 'The fullness of the void' (Cliff)