The Board affirms that after the reduction of personal income tax, taxpayers who are suspicious of Madrid will be transferred

Andalusia will try to attract high-income Catalan taxpayers with the abolition of the wealth tax. 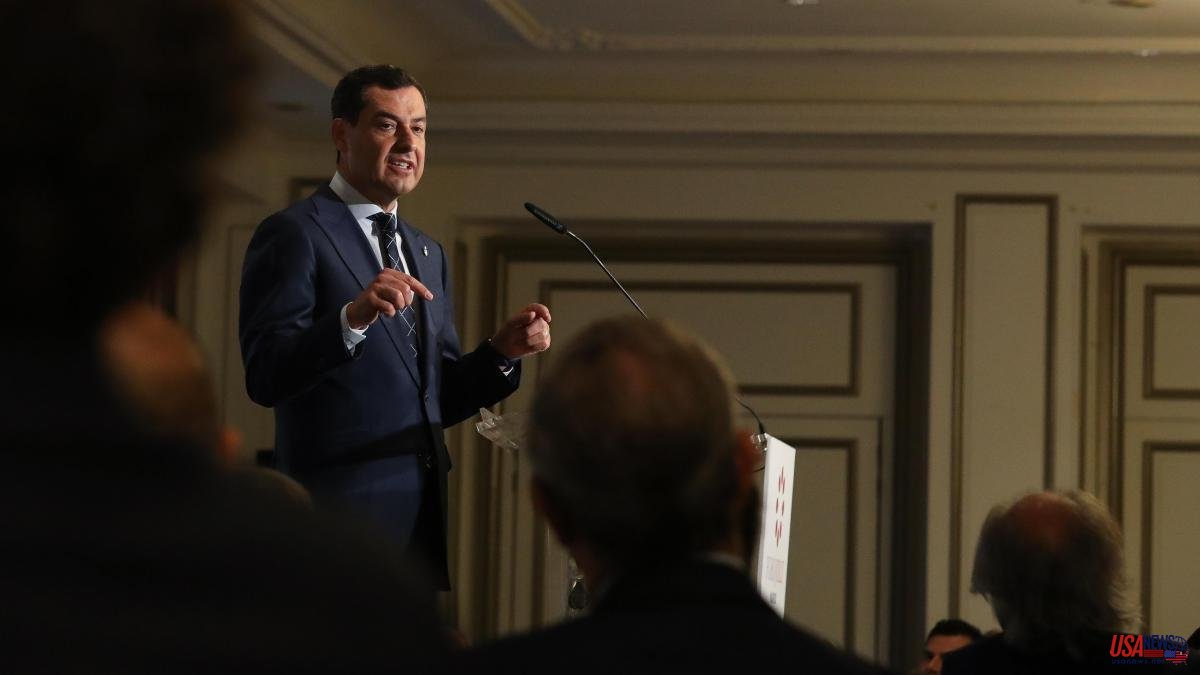 Andalusia will try to attract high-income Catalan taxpayers with the abolition of the wealth tax. The Andalusian community will be the second autonomy after Madrid in which in practice there will be no such tribute that only in 2020 raised 546 million euros in Catalonia, 45% of all of Spain.

The suppression of assets was announced yesterday by the Chairman of the Board, Juanma Moreno, at an informative breakfast in Madrid organized by the Joly Group. Sources from the Junta de Andalucía explained that one of the objectives of the abolition of the wealth tax is to attract taxpayers from other autonomous communities, who already spend several months in Andalusia, and more since teleworking has been implemented. Specifically, the same sources cited an internal study that states that there is a sector of Catalans who would be willing to transfer their fiscal residence to Andalusia so as not to pay assets and pay less personal income tax. They are Catalans, according to this study, who have not taken the step of moving their residence to Madrid, because the capital generates rejection, but who would be willing to take it to Andalusia, because the Mediterranean unites them and now there are good communications.

There are recent studies that certify that there is a clear mobility within Spain towards communities with low taxation such as Madrid. Sources from the Department of Economy of the Generalitat led by Jaume Giró did not want to comment on the order launched by the Andalusian government.

The abolition of the tax occurs half a year after the committee of experts on tax reform promoted by the Ministry of Finance recommended harmonizing the taxes that levy wealth as Patrimony with a minimum rate. All that process was put on hold in the face of the open crisis with the war in Ukraine. In addition, the changes in the taxes assigned as equity must occur in parallel with the reform of the financing model.

Andalusia entered 120 million euros by heritage. The tax is paid by 20,661 taxpayers at a rate of about 5,800 euros on average. They represent 0.2% of the population. Now with the suppression, Juanma Moreno intends to increase the number of taxpayers, who even with the reductions that she announces, will make Andalusia collect more. It has already happened, -underlined the President of the Board- with the reduction to almost zero of successions, with which Andalusia won 280,000 taxpayers, who paid other taxes, for example personal income tax, for which the reduction in inheritance tax has meant a increase in global collection, and has generated greater economic activity. The same is intended with the suppression of heritage, which according to Moreno Bonilla supposes "a brake on investment". It is that large estates who live most of the year, or five months, in Andalusia, and who are now in Madrid for the tax credit.

A personal income tax that will also be reduced in the regional section from this year, that is, in the income statement that will have to be presented in May, coinciding with the municipal elections. In this, Juanma Moreno follows in the footsteps of Isabel Díaz Ayuso.

Yesterday, the Treasury Technicians union GESTHA calculated that the impact of deflating personal income tax on community accounts amounts to 130 million euros. For taxpayers, the fee reduction will be between 26 and 76 euros. The Board estimates that the savings for all fiscal measures will be 360 ​​million.

Moreno stressed that he asked the President of the Government not only to lower the state rate, but also to deflate the withholdings, so that people immediately notice the measure, and help them cope with high inflation, but given the refusal of the Moncloa decided to advance his execution. Last week the Congress of Deputies rejected that measure,

The deflation will affect the first three sections and will be 4.3%. As personal income tax is a compound tax, a reduction in the low band ends up benefiting all taxpayers.

The tax gap between Madrid and the community with the highest personal income tax (Catalonia) will grow to 20.7% for taxpayers. The growth of the differential is due to the reduction of the tax announced by the Government of Isabel Díaz Ayuso through the deflation of the income brackets and the vital and family minimums by 4.1%. It is a measure similar to the one that the Andalusian Government wants to apply.

As can be seen in the attached graph, a single taxpayer with no children and gross salary income of 16,000 euros will pay 821 euros this year if they live in Madrid and 113 euros more if they live in Catalonia. The difference has widened this year by 20.7% with the reduction in personal income tax, according to estimates by the REAF-General Council of Economists, which analyzes the taxation of all the autonomies every year. In the event that the taxpayer's income is 20,000 or 30,000 euros, the increase is 15.8% and 12.8%, respectively.

For residents of Madrid, the savings will range between 20 and 180 euros with the tax reduction promoted by the regional government. The regularization of the tax will be done in the spring when the taxpayers prepare their income statement.

The percentage chosen by the Ayuso government to deflate is the same by which salaries have risen in the last year in Spain as a whole, according to INE estimates. Although initially, the regional government wanted the equivalent of the rise in wages in the community to be deflated, in the end the figure that refers to all of Spain was chosen because it was higher: 2.6% the figure for Madrid compared to to 4.1% in the whole of Spain.

Income is a compound tax that is divided into brackets. If the level of these brackets is increased and a worker maintains his salary, he gets a tax reduction since he pays less for receiving the same amount. What is pursued with deflation is that a taxpayer whose salary has been raised to counteract inflation does not end up paying more.