The Athletic: Barça threatened De Jong with denouncing his contract

Barça, in the mouth of its president, Joan Laporta, insists that they have Frenkie de Jong for next season, but different information points in the opposite direction due to his high salary. 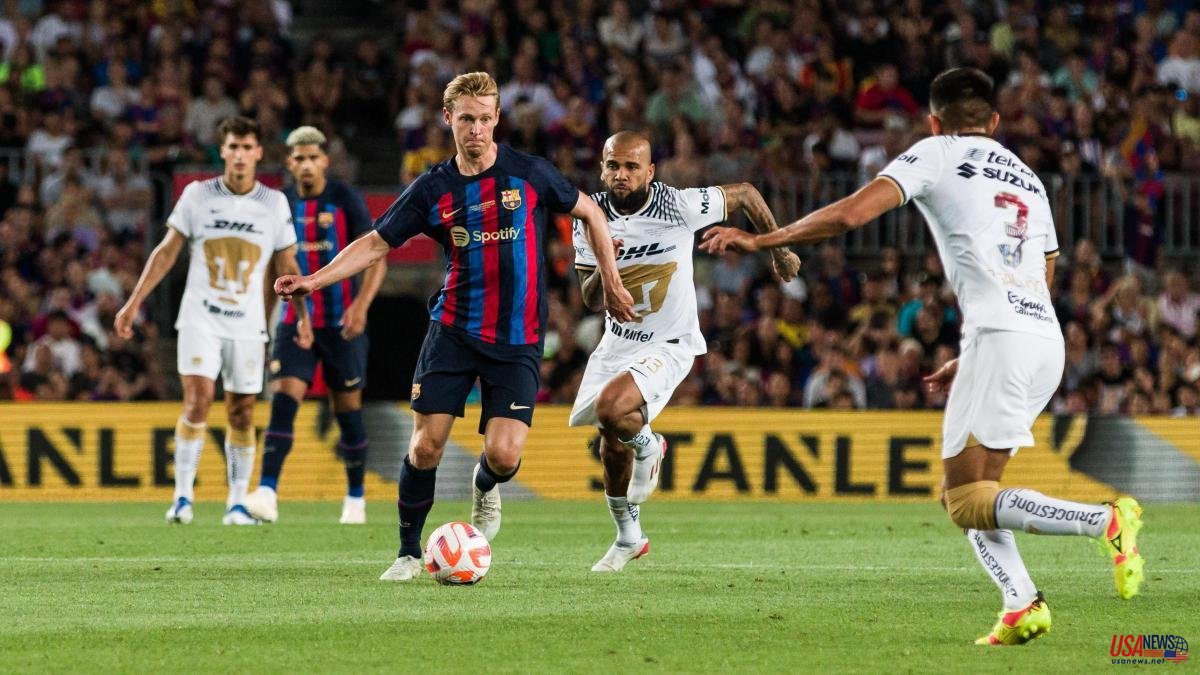 Barça, in the mouth of its president, Joan Laporta, insists that they have Frenkie de Jong for next season, but different information points in the opposite direction due to his high salary. According to The Athletic, the Barcelona entity would have even threatened to denounce the midfielder's contract.

Continuing with the information revealed by the sports newspaper, the Catalan club assures that the agreement reached by De Jong with the previous board chaired by Josep Maria Bartomeu has indications of criminality and therefore sufficient basis to take legal action.

In October 2020, the midfielder deferred his salary during the 2020-21 and 2021-22 seasons as a result of Barça's financial problems due to the outbreak of the pandemic. Arkel's, 25, stopped charging about 18 million euros, which he would recover over the next four years, and in return he renewed for two years, until 2026,

This next season, De Jong must receive his full salary plus the proportional part of the money owed, which is a problem to balance the high wage bill of the squad. A similar maneuver was carried out with Gerard Piqué, Marc-André Ter Stegen and Clément Lenglet, who has left on loan to Tottenham this summer.

For this reason, Barça has considered the sale of De Jong and with that intention reached an agreement with Manchester United for a total amount of about 85 million between fixed and variable. However, the Dutchman rejected the offer and a day after his refusal he received a letter from Barça with the legal threat about his contract, according to The Athletic.

The previous directive defends that the agreement reached with De Jong for the modification of his contract is totally legal both in the eyes of the Barcelona institution and LaLiga. Following the information revealed by the American and British media, the current leaders have given De Jong the friendly option of renouncing the amount owed and collecting what was stipulated in his original contract.

The president of the Dutch players union, Evgeniy Levchenko, recently denounced that De Jong was being extorted by the Catalan club. For its part, the international football players union (FIFPRO) is closely studying the situation. In any case, the high record of De Jong is one of the brakes so that Barça can adjust to the fair play of LaLiga and register the new signings.