Spain – South Korea: schedule and where to watch the Davis Cup match, on TV

Spain depends on itself to qualify for the final phase of the Davis Cup to be played in Malaga in November. 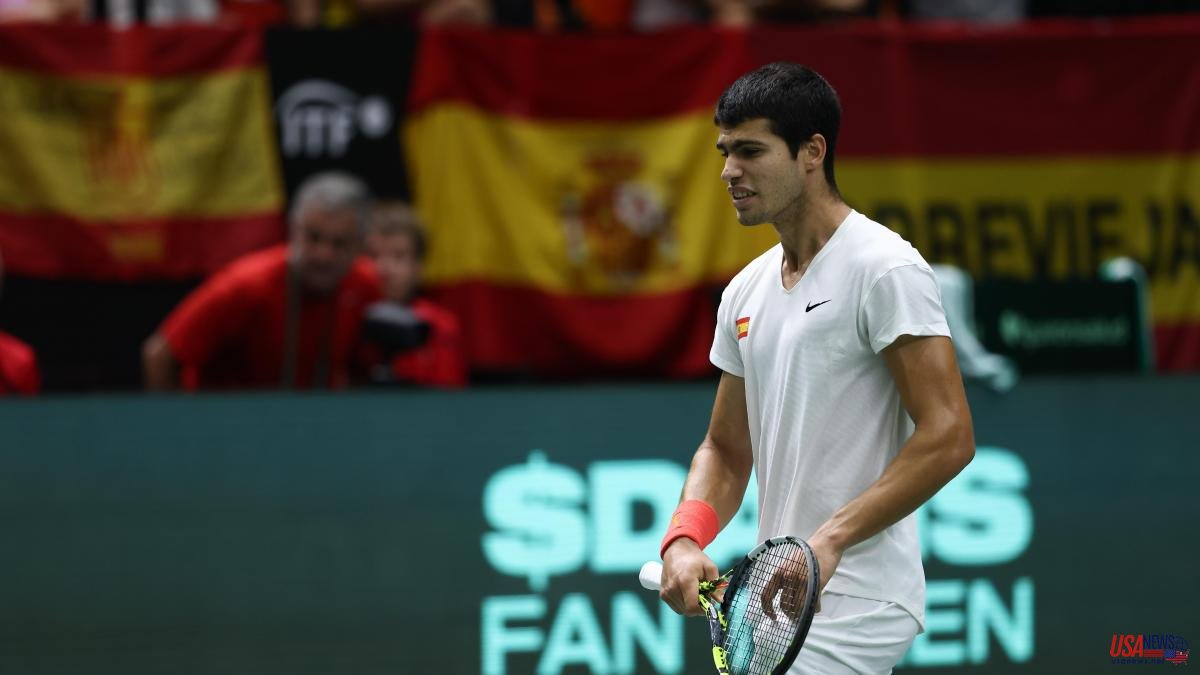 Spain depends on itself to qualify for the final phase of the Davis Cup to be played in Malaga in November. For this, it will be key to achieve a victory over the South Korean team, right now bottom of group B behind Spain. The decisive match will be this Sunday (4pm) in the pavilion of the Fuente de San Luis in Valencia.

Carlos Alcaraz who will face the Korean number one Soon-Woo Kwon, who on the first day defeated Felix Auger-Aliassime and gave South Korea the first victory in a Davis Cup final phase in its history. The youngest world number one in history commented after his defeat against Aliassime that he had not reached one hundred percent, physically or mentally, after his victory at the US Open and that he had not yet fully adapted to a track much slower than the New York Grand Slam.

The Spanish number 2 will once again be Roberto Bautista, who has won his two singles matches in this group stage, while, except for a last-minute change, the doubles will be played by Marcel Granollers and Pedro Martínez.

On the first day Albert Ramos and Roberto Bautista gave Spain the first victories, and also prevailed in the doubles match, to debut with a 3-0 against a Serbia in which the great absence of Novak Djokovic stands out. Although the stumbling block against Canada would come later, Spain still has a chance.

It depends on itself to qualify, although not to be first in the group, since it will depend on what the American team does this Saturday against Serbia. The Canadians would finish top of the group if they beat the Balkans, although they could even be eliminated if the Serbs win the series 3-0, provided Spain beat South Korea. The Spanish team, in case of winning, would be first in the group if Serbia defeats Canada and second if the North Americans win.

The Davis Cup group stage tie between Spain and South Korea will be played this Sunday, September 18, starting at 4:00 p.m. The match can be followed through Vamos and Movistar. In addition, La Vanguardia will offer minute by minute highlights from the meeting in Valencia.