Spain - Finland: schedule and where to watch today's Eurobasket match on TV

Spain has been playing without a net for days at the Eurobasket and this Tuesday, September 13, 2022, will not be an exception. 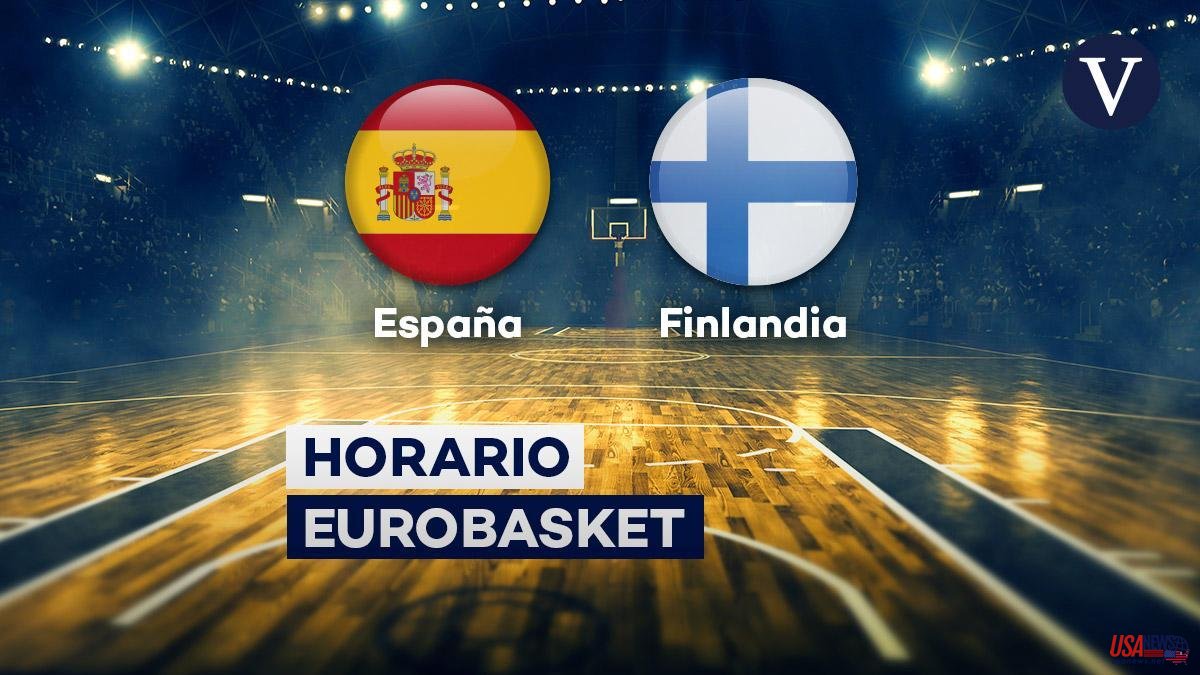 Spain has been playing without a net for days at the Eurobasket and this Tuesday, September 13, 2022, will not be an exception. The team led by Sergio Scariolo will face Finland at 5:15 p.m.

The duel between southern and northern Europe will mark the start of the quarterfinals of the tournament, whose final phase is played entirely at the Berlin Arena in the German capital after stopping in the first phase in the Czech Republic, Italy and in Georgia.

In full transition and with the generational change still tender, Spain has surprised by maintaining that competitive spirit that has given it so much success in the last two decades and has been among the top eight for the 21st consecutive Eurobasket, a record.

His last feat came in the round of 16, a round in which he knocked down Lithuania, one of the favorite teams for the title, after an exciting game that was resolved in extra time after a tap on the regulation time buzzer by Brazdeikis.

But the national team recovered from such a hard blow and completed an extra five minutes to score, excellently directed by a Lorenzo Brown in a state of grace who ended up scoring 28 points.

For its part, Finland was not in many bets either and has been able to stand in the quarterfinals in an indisputable way, beating Croatia in the round of 16. Lauri Markkanen, with 43 points and a PIR of 47, was the executioner of the Balkans with a legendary performance and stands as the main threat for Spain ahead of Tuesday's match.

It should be remembered that the winner of this Spain-Finland will face the winner of Germany-Greece in the semifinals on Friday, where Antetokounmpo, Sloukas, Calathes and company start with the favorites lineup. On the other side of the table, the quarterfinals will be Slovenia-Poland and France-Italy.

The Eurobasket quarterfinal match between Spain and Finland will be played this Tuesday, September 13, 2022, starting at 5:15 p.m. on center court 1891 of the Berlin Arena (Germany). The clash can be followed on television through the channel Cuatro, from Mediaset, and also live online through the La Vanguardia website.