Sánchez warns Podemos that the division demobilizes the left

La Moncloa is concerned with the drift of its government partner and its discrepancies, both with the PSOE and between them. 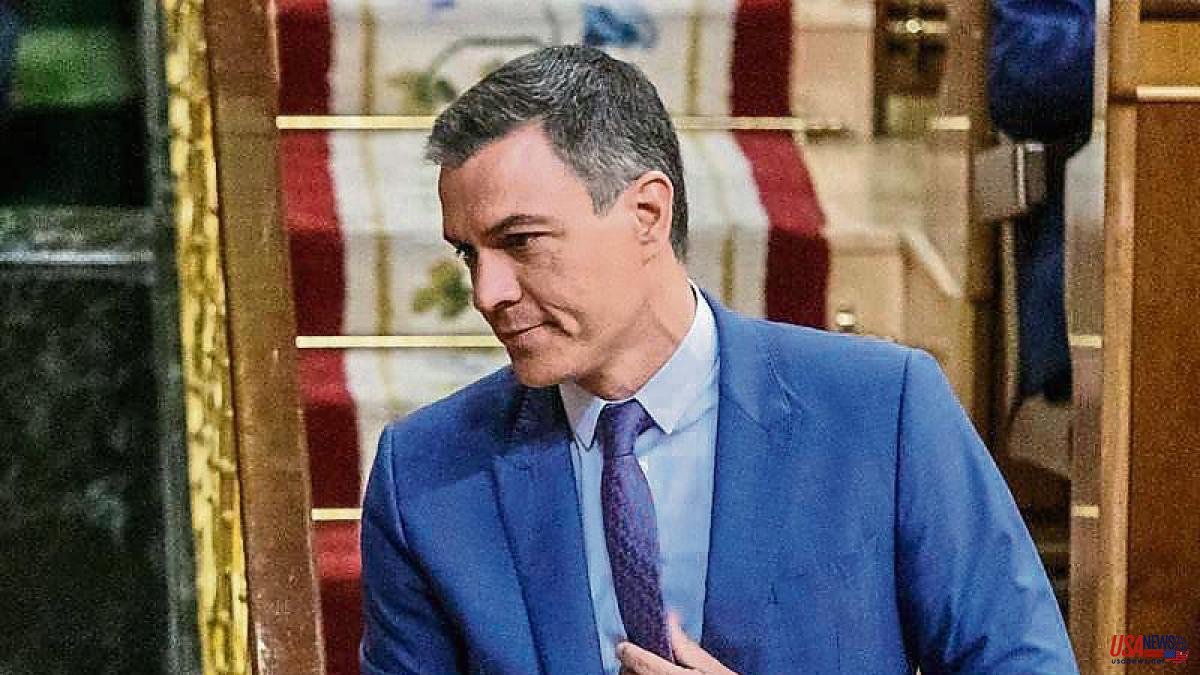 La Moncloa is concerned with the drift of its government partner and its discrepancies, both with the PSOE and between them. Even more for the seconds. The Socialists have been letting it fall for weeks, but yesterday President Pedro Sánchez echoed it, and warned of the effect of electoral discouragement caused by the absorption in the differences. He did not quote the handy allegory of the small groups for the liberation of Judea from The Life of Bryan, perhaps he thought the meme was too worn to be funny or have an effect.

The president spoke about NATO, in the turn of the reply of his very long appearance yesterday before the plenary session, and responded to the spokesman for the confederal group of United We Can, Pablo Echenique, defending the evolution of the Atlanticist position of the socialists, when he wanted " pick up the glove” of the reflection that Echenique proposed to him on the risk that the rise of the extreme right entails and the duties of progressive commitment that this entails.

Sánchez referred to the heritage of the coalition government in terms of progressive legislation and added: “If you ask me what it is that demobilizes the left, I think it is that we strive, sometimes more than we should, in emphasize the differences and not the alliances in favor of these social conquests”. Indulging in the peculiarities, in what makes us different, is a phase of personal growth, but not precisely the adult phase.

The message, striking because it is unusual for Sánchez – who usually goes over discrepancies with his government partner and celebrates joint work – seemed to be an allusion not only to the discrepancies of United We Can with the PSOE but specifically to those that crack the own purple space, like the one concerning the case yesterday: NATO.

It did not appear to be a sudden reflection, the result of a reply, nor did it respond to a vehement intervention by Echenique, who, although he reiterated the pacifist and anti-NATO position of his formation and his refusal to increase military spending, behaved white glove with the President. As usual. But Sánchez took care of the argument. He stressed that the right and far right do not use the decisions adopted in their attack on the coalition government. "If you look," he told the spokesman for United We Can, "the strategy of the right is to delegitimize the Government, they no longer call me a felon, but they tell me that I am kneeling before the forces of evil," he went on to say, "but what What they don't do is talk about social achievements, they don't talk about the euthanasia law, the Yes is Yes law, the rise in the minimum wage, they don't talk about the reform of the public pension system, nor about the reform of the market labor". According to Sánchez, the reason why the right-wing is silent regarding the government's initiatives and leads the political struggle to general opposition is that "they know that the social majority of this country agrees and they see these reforms well." Hence, his recipe to fight against the demobilization of the left is the patrimonialization of that baggage of reforms.

Sánchez argued that the increase in defense spending is a dissuasive and argued that NATO membership is what has prevented Vladimir Putin from launching his ambitions on other countries. And he took refuge in the legitimacy of the movement of Sweden and Finland, "progressive countries" that after years of military neutrality, have requested their entry into NATO.

But, like other times in recent weeks, also yesterday in this exchange between partners, NATO was only the skin of the discussion. The meat was a warning. The first.