All roads lead to New York –especially during the UN's big week and even more so after the pandemic ban is lifted–, but not all of them cross. 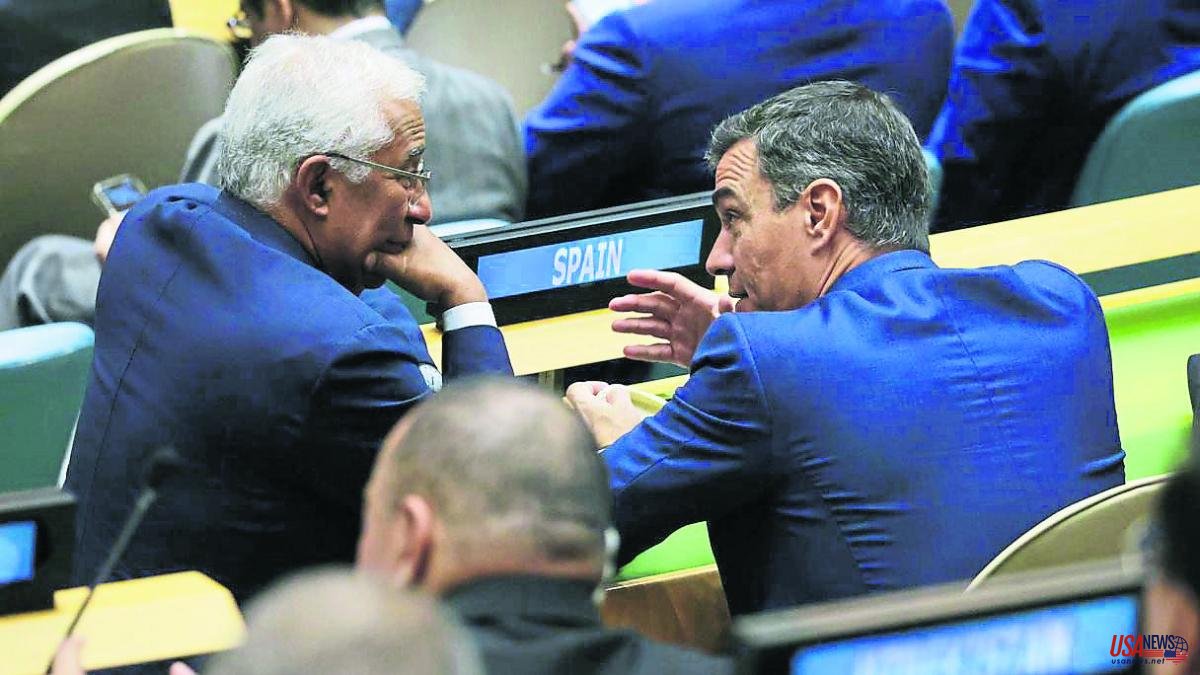 All roads lead to New York –especially during the UN's big week and even more so after the pandemic ban is lifted–, but not all of them cross.

For two days, the Spanish president, Pedro Sánchez, and the Catalan, Pere Aragonès, met in the Big Apple. And, although it is now the world capital of diplomacy, the two have kept their distance, except in the bridge that the media tends.

In a talk on Monday with correspondents during Climate Week, Aragonès told his Junts partners that the priority is "the difficulty of the Catalans to make ends meet."

He did not forget, however, to send a message to Moncloa. “Alongside” this priority, the Government continues to work on the objective of resolving the political conflict with the State and calling an independence referendum.

This Tuesday, Sánchez responded in an interview with Politico. The journalist reminded him of the presence of Catalan leaders in the same city promoting the procés. The president asked for "patience" in the dialogue between Barcelona and Madrid. "We need to find alternatives, different solutions to solve this crisis," he said. He also warned that this is not something immediate, "it will take us more than a year or two."

Sánchez has a tight agenda until, according to forecasts, he intervenes this Thursday in the General Assembly.

After landing on Monday, and holding meetings with António Guterres, secretary general of the United Nations Organization, and with Mahmud Abás, president of the Palestinian National Authority, the socialist leader found a hole this Tuesday to improvise, outside the program, a bilateral meeting with his Turkish counterpart, Recep Tayyip Erdogan, one of the leaders most involved in the mediation in the military clash caused by the Russian invasion of Ukraine.

The topic of conversation focused on the war – “a war also against the entire European Union”, Sánchez said in Politico – in the context of Erdogan's statements, in which he assured that Putin wants to end the conflict as soon as possible. Official sources indicated that Sánchez expressed Spain's support for the search for solutions being carried out by the Turkish president.

Once he attended the opening of the 77th edition of the UN assembly and held those meetings, Sánchez shared the stage with the US Secretary of State, Anthony Blinken, and other presidents and prime ministers at the Summit of Food Safety. Spain is one of the sponsors, along with the host, the Council of Europe and Senegal.

Sánchez stressed that Putin "is trying to blackmail the international community with much of the world's food needs."

But you don't just have to talk. "As we fight for peace, it is urgent to take concrete measures that protect the most vulnerable and prevent the situation from worsening," he added. "We all have to do our part", so he announced that Spain will donate 151.5 million euros and contribute another 85 million in credits from the Fund for the Promotion of Development in the next three years.