Ten days before the PSOE and United We Can suffer harsh corrections in the Andalusian elections, Pedro Sánchez already warned of what, in his opinion, is the main person responsible for the demobilization of the left and that the Government does not make its management profitable in the polls, beyond the tireless "noise" of the right and the constant "turbulence" caused by the succession of global crises. 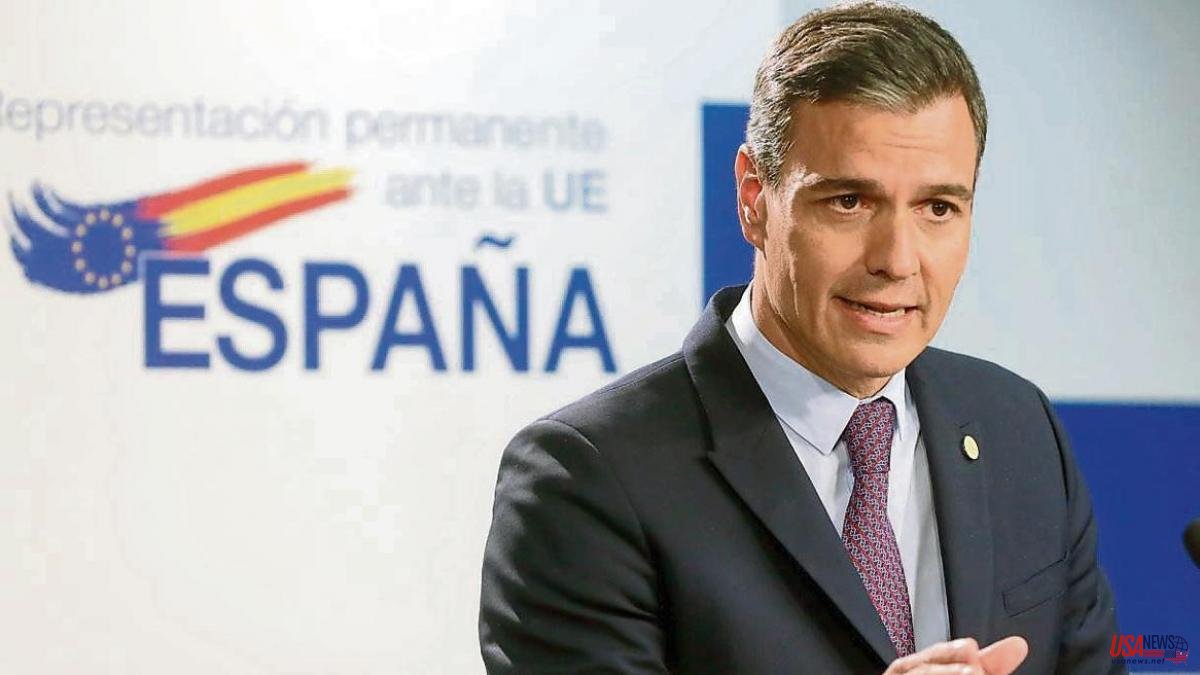 Ten days before the PSOE and United We Can suffer harsh corrections in the Andalusian elections, Pedro Sánchez already warned of what, in his opinion, is the main person responsible for the demobilization of the left and that the Government does not make its management profitable in the polls, beyond the tireless "noise" of the right and the constant "turbulence" caused by the succession of global crises. “That we strive, on some occasions more than is due, to underline the differences and not the alliances in favor of social conquests,” Sánchez reproached his coalition partner in the Executive.

The Andalusian polls issued their implacable sentence last Sunday, but the PSOE and United continue to be immersed in their discrepancies without a solution of continuity. Willing to resume the initiative and leadership on all fronts after the electoral debacle in Andalusia –from the Catalan folder reopened last Wednesday with the Generalitat, to the plan to try to contain inflation that will be approved today by an extraordinary Council of Ministers–, Sánchez tighten the rope with Alberto Núñez Feijóo... but also with his coalition partner.

The PSOE thus registered yesterday in Congress its initiative to promote a new express reform of the organic law of the Judiciary, which in turn allows it to renew the Constitutional Court (TC) without the concurrence of the Popular Party, a formation that it accuses of block any agreement on this for three and a half years.

But the initiative did not have the consensus of United We Can this time either because, in fact, the socialist group not only did not agree on the content of the initiative with its government partner, but also did not even notify him until the moment he did it. public.

Sánchez, yesterday from Brussels after participating in the European Council, ignored this new discrepancy with his coalition partner, to emphasize the obstructionist attitude that he blames on the PP. Who warns is not a traitor, he came to reply to the harsh criticism expressed by Feijóo. In the first meeting that both held in Moncloa, he reminded the chief of the Executive, he told the opposition leader that on June 12 the deadline for the renewal of four of the TC magistrates expired. “Unfortunately, we have been blocked by the PP for 36 months, 32 months with Casado and four months now with Feijóo,” he lamented. And he insisted on denouncing that the main opposition party is still installed in a kind of "constitutional rebellion", by keeping the renewal of the governing body of the judges and now also that of the TC in the air. All this, in addition, "at a time as serious as the one we are experiencing, in which we need to strengthen the institutions, their legitimacy and their credibility". But he warned that he is not willing for the TC to be "yet another hostage" of the PP, which is why he justified the socialist initiative.

Without giving up on the criticism that his coalition partner also immediately launched, and while the discrepancies between the PSOE and United We Can continue on the scope of the anti-crisis plan that the Council of Ministers will approve today, Sánchez insisted that the Government "guarantees ” political and institutional stability in Spain, and warned that neither the government coalition nor the legislature are at risk. "No matter how much noise and turbulence there is, provoked or unprovoked, this government has a legislative sheet of transformation and social protection that no one can question," he argued. And he settled: "The legislature will end when it has to end, in December 2023."

Strictly speaking, the United We Can group is not opposed to the reform launched by the socialists because it has not even studied it yet. And yesterday, sources from the confederal parliamentary group avoided charging the inks against the PSOE so as not to cloud the complicated negotiation of the anti-crisis decree.

In any case, the position of United We Can regarding the renewal of the constitutional bodies has been well known for two years, as then Vice President Pablo Iglesias explained it: a legal reform that simplifies all qualified majorities designed for a bipartisan framework and end the veto power of the PP. But not only in the TC, but also in the General Council of the Judiciary. When the PSOE approved the reform that reduced the power of a CGPJ with the prescribed mandate, Iglesias warned that this patchwork was not going to solve the situation and that the PP would maintain its obstructionism.